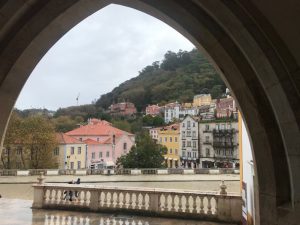 One of the reasons I chose to study at King’s College was because of the exciting module options that were not available at my home university. Growing up Portuguese in America, I was always aware and proud of my heritage, but I was never able to explore Portuguese history in an academic setting. King’s College provided me with the opportunity to connect with this part of my upbringing and identity through modules that were cross listed between my major, English Literature, and the Department of Spanish, Portuguese, and Latin American Studies.

Although most of my courses at King’s were structured as larger lectures with separate, smaller seminar groups, my favorite module was not structured this way. 19th Century Literature in Brazil and Portugal, convened once weekly in a two-hour seminar. Each week, we read a classic work of Brazilian or Portuguese fiction and convened as a class to discuss the material. Our professor would provide a brief lecture to address the specific historical circumstances and biographical information about the authors associated each novel, but the remainder of the class was simply a discussion between students and our professor about the novel itself from questions of form and language to how the novel itself informed Brazil or Portugal’s image of itself.

After taking this module, I was particularly excited to visit Portugal during my time abroad. Being in London allowed me to visit my family in Portugal due to the accessibility and affordability of traveling to Europe from London. When I arrived in Portugal, I was able to discuss the texts I had read in class with my family and even point out recognizable landmarks and features of Portugal that were referenced by Portuguese and Brazilian authors in the 19th century. In class, I was able to discuss my travels with my classmates and make my own time outside of class integral to my academic pursuits back in London.