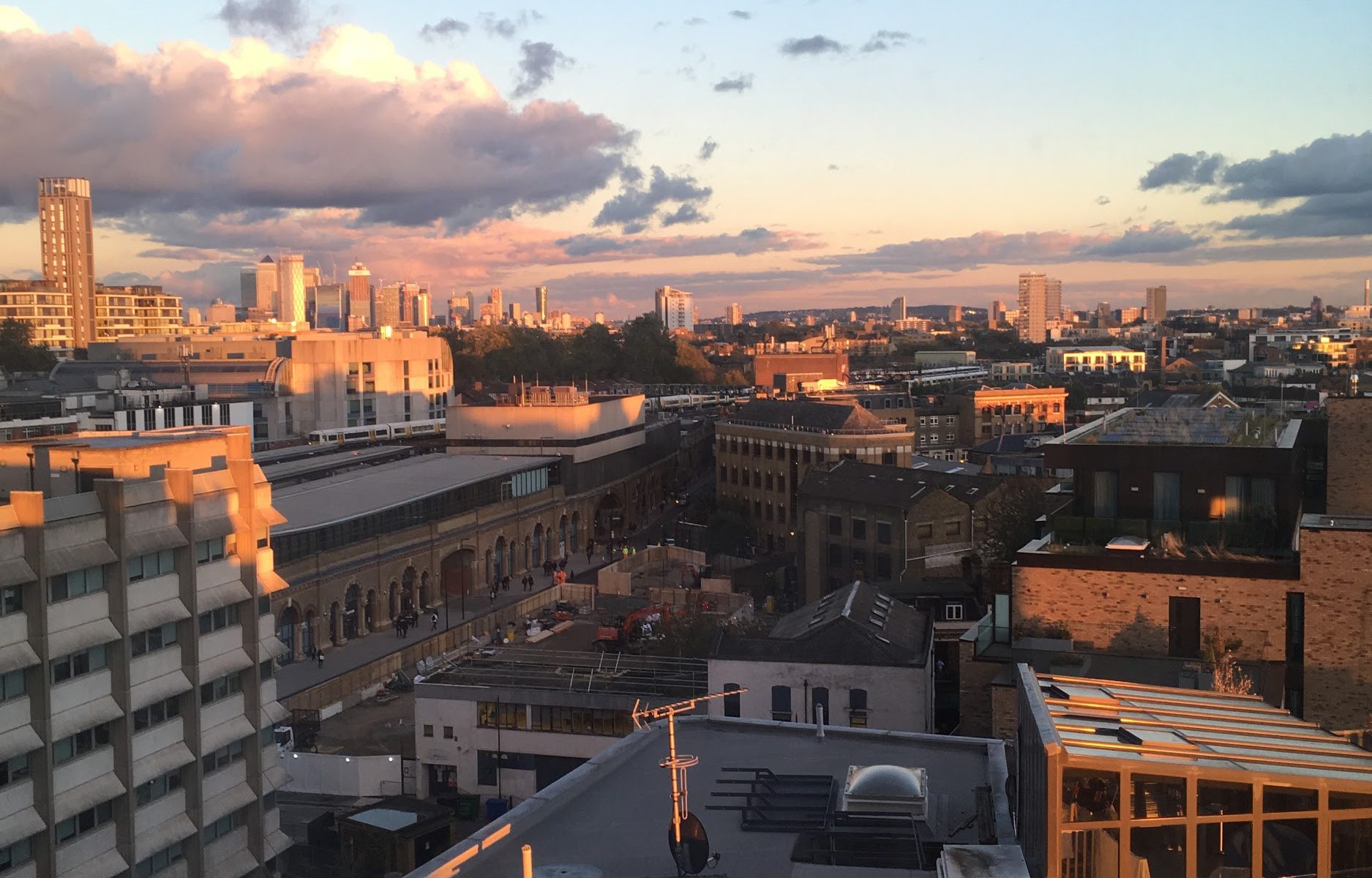 Day 6 in London. I’m sitting in my bed on the 9th floor of Wolfson House. I’m surrounded by unopened Primark sheets, groceries from Tesco, and various pots and pans from TK Maxx. Most importantly, by my side are a half-eaten package of Jaffa cakes (my favorite). I’m exhausted, not only because of the slight jetlag, but also because I’ve just hauled a gigantic Primark tote filled with my dorm purchases from Leicester Square to London Bridge.

This kind of moving in process is particularly foreign to me because on top of the newness of London, my home university, Amherst College, is the polar opposite of King’s College London.

There are 1849 undergraduate students, and the campus is very much unintegrated with the rest of town. Surrounding Amherst are quaint farmlands and rolling mountains.

Back to King’s–while unpacking, I reflected about the upcoming semester–I knew that though a language barrier was not an issue, there would still be cultural adjustment. I was excited to explore a new city with endless things to do, but I was also nervous about balancing my time between meeting new people and adjusting to a different academic structure. I fully expected myself to have my ups and downs during my time at King’s, and I knew that the experiences to come would push me outside of my comfort zone in the best way.

As the first few days of classes flew by, I began to fall into the swing of things. I figured out the prime route to Strand Campus from Guy’s, the general expectations professors had of my classes, and made a master list of places to visit. Still, adjusting to the pace of London was rather tiring, because the morning rush in London Bridge station was taxing and cooking for myself was more time-consuming than I anticipated. The time management involved in juggling these everyday tasks became easier and more familiar with each passing week, as did fitting in time to sightsee, make new friends, and join King’s societies!

As expected, settling in to life at King’s took some time, but it was certainly worth the effort.