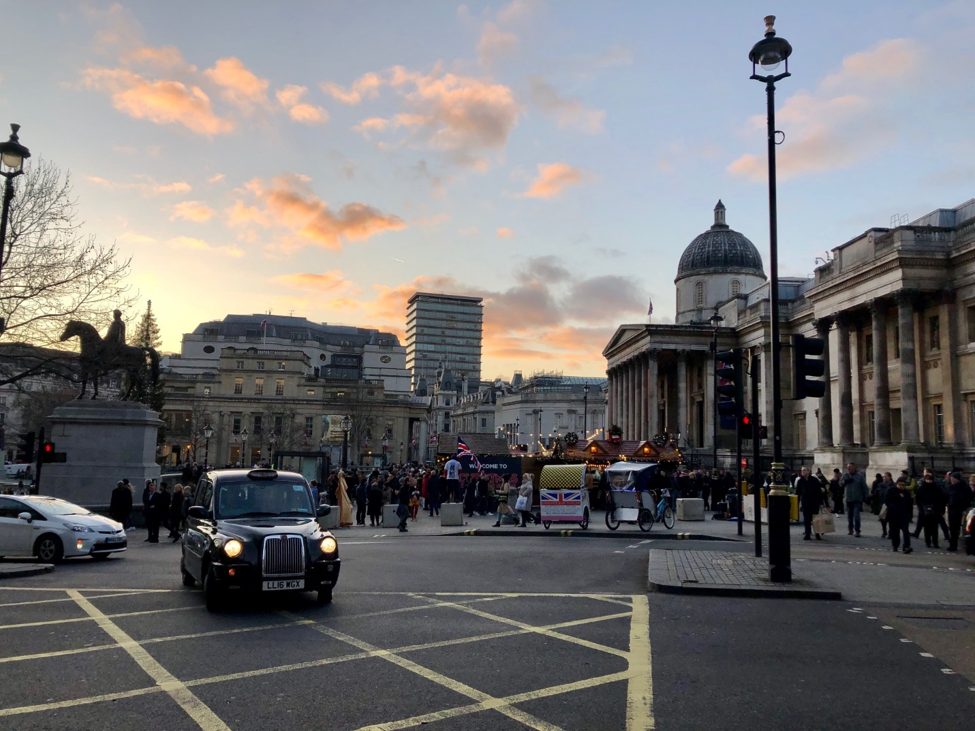 I knew I wanted to study abroad in London long before I even knew I wanted to attend my home university. English history and culture have always held a special place in my heart, both from a personal and a familial perspective. Between both sides of my family, our genealogy traces back across all four corners of the UK. And as for me? I waited years for my Hogwarts letter and grew up fascinated by Arthurian legend, the events of World War II, and the genius of Sherlock Holmes. As an English major, I spent hours studying writers like John Milton and William Shakespeare. So, what better place to take my first solo steps into the greater world than in London: the heart of it all?

As is the case for many study abroad students, last semester represented my first time living in a foreign country, let alone all by myself. I had never used a foreign currency before, had never seen people driving on the left side of the road, never made my own travel arrangements- the list goes on. Prior to mid-September, I had never even done my own cooking, let alone navigated a Tesco Metro. When I received my acceptance letter from King’s, I was absolutely over the moon to be given the opportunity to experience all of these things and more.

I can say with some certainty that my Excel file accumulation began the day that letter arrived. Planning is an absolute necessity. Both figuring out where to purchase everything I needed for my dorm and laying out all my travel arrangements for the first half of the semester in advance were some of the best things I did to make my transition into London life as easy as possible. Trust me, once you arrive, running around shops and sitting in front of a computer are two of the last things you want to be doing. During orientation week alone my friend and I walked over 100 miles just exploring King’s and the city in general!

So get excited about all the places you want to visit, the modules you hope to take, and all the brand new foods and experiences you’ve been dying to try. Look into societies and sports clubs at King’s that you might be interested in joining for the semester. They’re a fantastic way to meet new people who are not necessarily study abroad students. Submit that module request form early. The same goes for applying for King’s housing. Talk to an advisor from your home university about transfer credits before going overseas; and keep this line of communication open.

That’s the most challenging and important logistical thing you should take care of before leaving your home institution. Do your research. Google and travel books quickly became my best friend, and they should also be yours. Talking to friends and classmates who had completed the same study abroad program or even had spent time in London previously was also a great way of preparing. Not only could they recommend museums, restaurants, and activities all over the city, but they also had plenty of advice to offer. A few conversations gave me information about everything from bike lanes, to favorite digestive and tea brands, to choosing an international SIM card, to weather and even what to pack.

That being said, I also want to point out the importance of keeping in mind that there is only so much you can do to prepare for your study abroad experience during the pre-arrival phase. This is something I wish that someone would have told me beforehand. Speaking as a person who generated an entire folder’s worth of planning material months before setting foot on English soil, realising that not everything was going to go according to plan proved to be a critical shift in my mindset. Residences can be overbooked, as my friend’s was. Modules you planned on taking could clash; or finding cheap bedding in Central London might prove a lot more difficult than you anticipated. That is absolutely fine! Adaptation, flexibility, and learning to roll with the punches are all part of the study abroad experience. Beyond that, if I could give incoming study abroad students one piece of advice, it would be this: above all else, plan to make mistakes. You’re going to mess up. Royally, hilariously and irrecoverably. (Forgetting military time when booking flights, anyone? Yep, I did that.) Mistakes are almost a guarantee, so embrace them. I know I learned more than I ever thought I would from mine.

Going into this past three months, I knew it was going to be something special. But nothing could have truly prepared me for the amount I would grow as a person and a citizen of this planet, nor the sheer number of truly incredible experiences I was about to have. My time at King’s and in London was truly the semester of a lifetime.