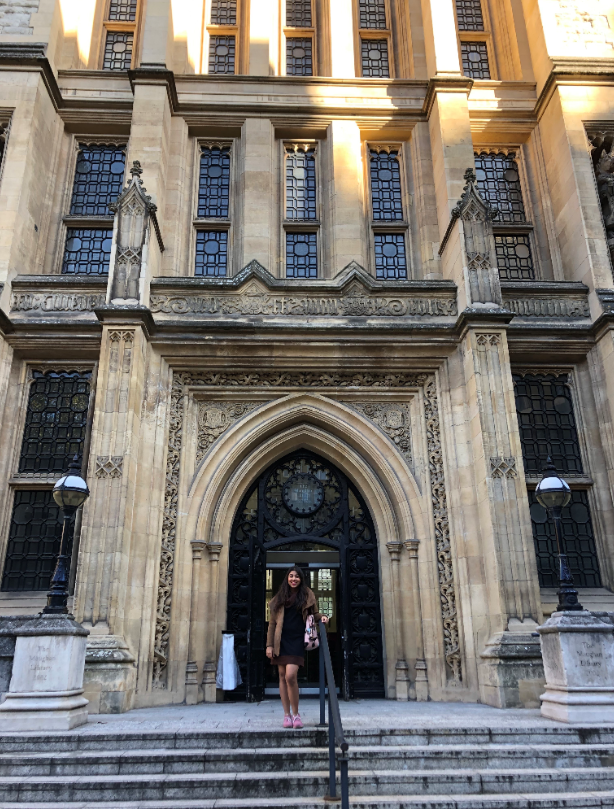 The British academic system at university is starkly different that of the United States of America. Since I study at a Liberal Arts College, I have been used to enrolling in classes from a variety of disciplines even though I major in only one of them. In contrast, I was studying modules only within my major at King’s College London. In this blog, I will share with you some of the key experiences of the academic experience at King’s College London within Arts and Humanities, through the lens of a study-abroad student from the USA.

Upon considering the different learning styles in two countries, there is one primary difference between education in England and in the USA. Aside from the fact that all modules at King’s College London were within the Arts and Humanities Faculty, the distinct testing system informs the method of learning in class. Lectures and seminars are structured, such that the summative assessment at the end of the term is worth 100% of the grade, as opposed to a cumulative grading system as in the United States. Initially, this was a challenge. Why? Because any amount of reading, critical thinking or curiosity for the course material has to be driven by yourself. There is no deadline or participation grade to motivate you to complete the work. However, I will also state that this was a rewarding process because of one reason; time. Because of the duration afforded by the entire semester, I was able to read the material without having to critically examine it in the form of an essay in my own time. I complemented this by asking questions, attending public lectures and taking full advantage of London’s cultural history through its museums and art galleries. This gave me an unimaginable amount of insight into the depth of what we were studying in class, oftentimes unintentionally. The blending of recreational experiences with classroom learning is a unique experience that is most robust at King’s College London, because the borders between the university and city do not exist. Architecturally and even on the prescribed syllabus, London’s cultural resources are an essential part of academics at King’s.

This is another difference from studying at a small college that thrives on an equally small campus and its community. I had not been used to commuting between campuses in order to attend back-to-back classes, but this became a necessity at King’s. One of the approaches that helps overcome this struggle of travelling across London within 20 minutes, is the mindset that lectures are some of the most informative times at university in England. Unlike seminars and smaller, discussion-oriented classes at my home university of Bates College, lectures give the students access to the instructor’s knowledge base in a uniquely nuanced way. It allows you to absorb information, while simultaneously thinking critically about the concepts accompanied by the guidance from lecture-knowledge. The method of learning is different, but equally deep.

An academic experience at King’s College London is an immersive one, both within the discipline you choose to study and within the incredible history of London’s treasures. It is driven by self-motivation and interest, alongside a passion for living in a city with truly unique cultural diversity.