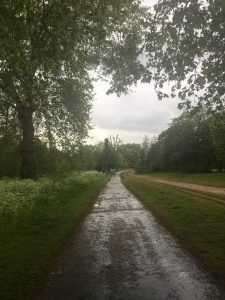 I knew I wanted to study abroad in the UK but was unsure as to which city was for me. It was quickly becoming clear that, after talking to a friend who had just finished a semester in London and after having recently visited London myself, I knew London was the right choice for me. With so many schools in the city, the question became which study abroad program to choose? King’s College quickly stood out to me.

King’s offers high quality academics in a great range of subjects which especially appealed to me because I knew I wanted to take classes outside of my main focus of studies. With a major in physics and a minor in mathematics, and knowing I wanted to study abroad, I prepared for this experience by selecting courses at my home university to necessitate only one physics course whilst in London. Fortunately, King’s would have allowed me to enroll in many physics courses which is rare find study abroad programs. Through the module enrollment process, which starts in the fall, I selected introduction to film course, a modern philosophy course, quantum mechanics, and a world history course as my modules. Each module was selected as they were each in distinct areas of study and most were subjects I had not studied at my home university. Another reason I selected King’s study abroad program was the ability to select as few or as many courses within your area of study as you would like. I found with other study abroad programs that I either couldn’t attend physics courses, or I would be required to enroll in a majority of physics courses.

I understood from both the introductory lectures given by King’s and from previous accounts from friends that the teaching style and the grading system would differ from that in the US. With fewer coursework assigned throughout the semester, grades are mostly based off of an exam or a couple essays, meaning more self-directed and solo work. Fortunately, professors and seminar tend to be easily accessible, with recorded lectures posted from all of my modules allowing me to re-watch parts of the class that I didn’t fully understand the first time around. As intimidating as an exam that comprises 100% of your grade sounds, students are allotted a full month to study for exams, allowing plenty of time for preparation. As lecture classes are quite large, time in seminars is critical to really ask questions and further your understanding outside of the lecture. This was especially important for me in my film class because it allowed us to further dissect films which we didn’t discuss during the lecture. The change in teaching style gave me more skills to independently study and learn on my own, which is widely applicable as after college you won’t have dedicated professors to teach you concepts. It also left me with studying skills for summative exams that I will definitely be implementing when I return to my home university.