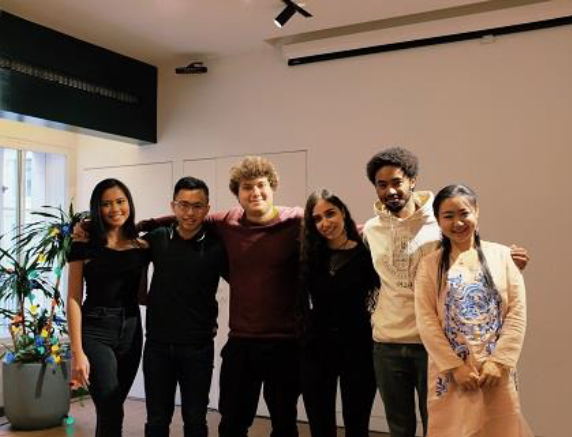 My first couple of weeks at King’s were intense, as it was my first time in London as well. I struggled to get to know where the campus sites where and how to get to them as King’s has a lot of campuses and libraries in London. So what I did was, I downloaded the King’s College app that posted all the integration events and where they were located.

So, every day there was a different event at each one of King’s campuses. The first event I went to was at the Strand Campus, where I had to make my student card. As soon as I got there I was impressed by the big campus and even more as I got inside. It is a big campus and one thing that impressed me as I was standing in the queue for the student card in one of the main rooms was the fact that we were some 700 students from all over the world with me, people from China, India, Saudi Arabia, France, USA and Africa.

Two days after that, I went to this event at Guy’s Campus where there was a “meet and greet” with different banks, King’s sport faculty, mobile phone companies and the NHS. It was wonderful how I felt taken care of by the university in this very big city. I got my NHS care, I got to know how the banks system work and everything I needed to know to get me settled.

A day after that, I went to the tour of the Franklin Wilkins Library organized by students. It was perfect for me as I learned how to use King’s library both for borrowing books and to study. They showed us the Canteen where they served everyday meals for cheap which was very beneficial for me as a student. I was very pleased with this because I went countless times to the library to study, especially with this silent study room where I never heard a single cough!

A week after that I had to attend the MA literature seminar where the faculty explained everything that would happen throughout the year. The only thing was, since it was my first time taking the tube I arrived too late at the Strand Campus. Having missed it, it turned out that it was fine for me since I was a study abroad student and so I caught up with the faculty and students at this big room where there was a lunch offered with free King’s bags and notebooks. It is there that I met my future professors and class mates.

Two days after that, I went to the KCLSU fair at the Barbican and I was pretty much amused by the number of different student clubs. They all ranged from different interests such as the Brazilian club to the sports club. I joined the Jazz club where I met and became friends with another student that became a very close friend.