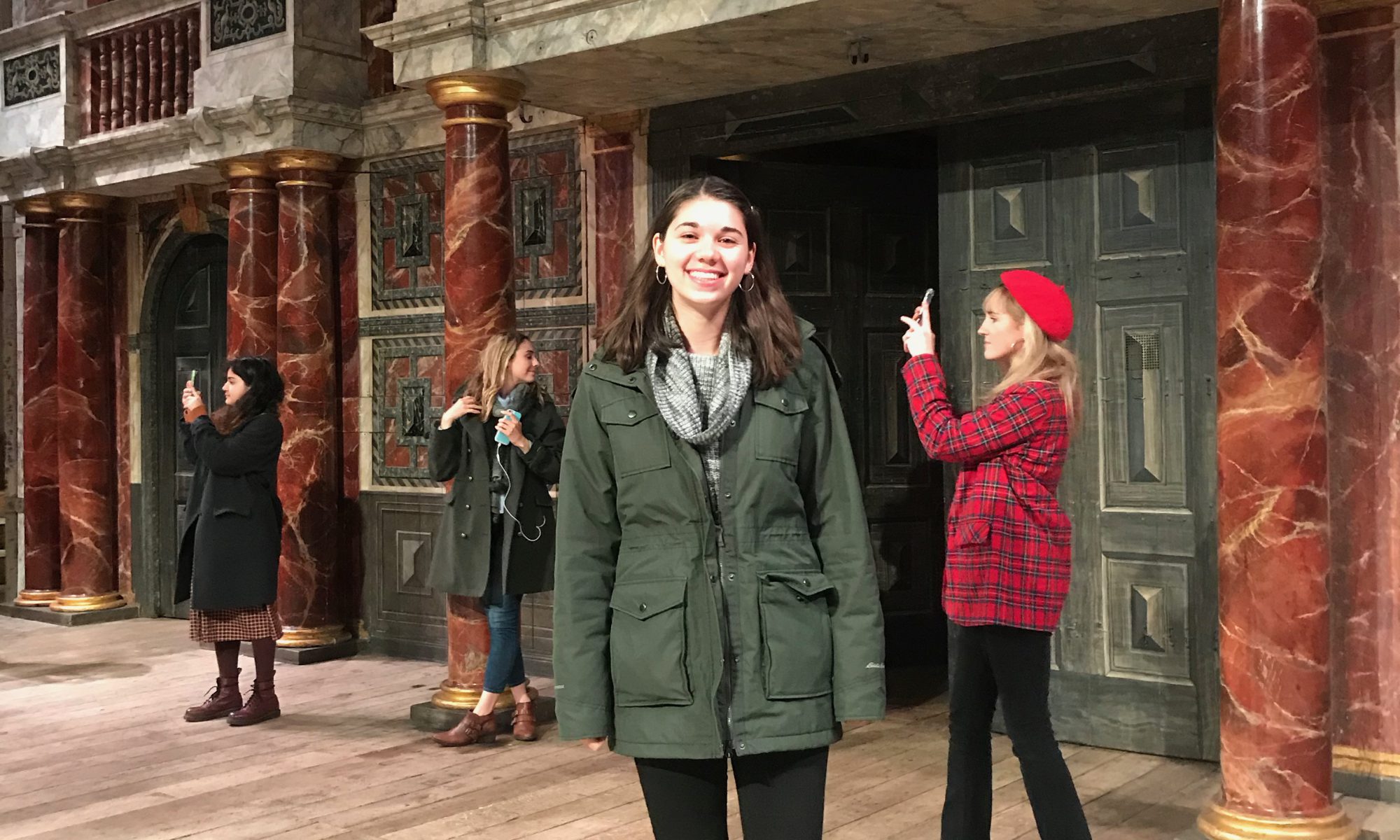 One of the reasons I chose King’s College was for its Shakespeare’s London course. I have loved Shakespeare since I first performed in A Midsummer Night’s Dream as a fourth grader. I went to summer Shakespeare camp to act in his plays, read the core texts in high school and college courses, and directed a production of his work this past summer. Yet Shakespeare’s London offered the opportunity to delve into Shakespeare’s work and world in a way I’d never seen before. The module utilizes the space and place it’s taught in, focusing on how the city of London informed and reflected Shakespeare’s work. I stopped the conventional academic strategy of simply looking for meaning in his texts; instead, I worked with peers and lecturers to understanding how these texts would have been performed during Shakespeare’s time. Every play, no matter how familiar I was with it, transformed as we looked at its societal context. 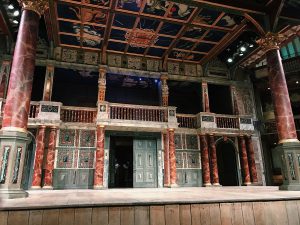 This module went above and beyond in exploring how place is pervasive in Shakespeare’s work. Three times during the semester, the class traveled to the current Globe theatre. In the mornings, we heard from lecturers with experience working at the Globe, listening to stories about traditional costuming on the modern stage or reviving instruments of Shakespeare’s time. These lecturers brought in physical objects for us to examine, use, and even wear—with the help of the lecturer, my classmates and I dressed two male students in costumes used in past Globe productions. In the afternoons of these times, we moved away from academic lectures to the physical and vocal, practicing acting exercises and even reading monologues on the Globe stage.

I can confidently say that performing Hamlet’s lines on the Globe stage was my favorite, most exciting moment of my time abroad.

At the end of this module, I was able to engage with Shakespeare’s work using a plethora of incredible academic resources that grounded the plays in the early modern context. Finishing this essay felt like a product of years of love for Shakespeare molded and shaped through a new, engaging academic lens. I’m so fond of the essay I wrote for my final that I am now expanding on this topic for a thesis at my home university. Next year, I will spend both semesters researching and writing about women’s agency in Shakespeare’s work and early modern London; I would never have the ability to undertake such a project without the King’s module.