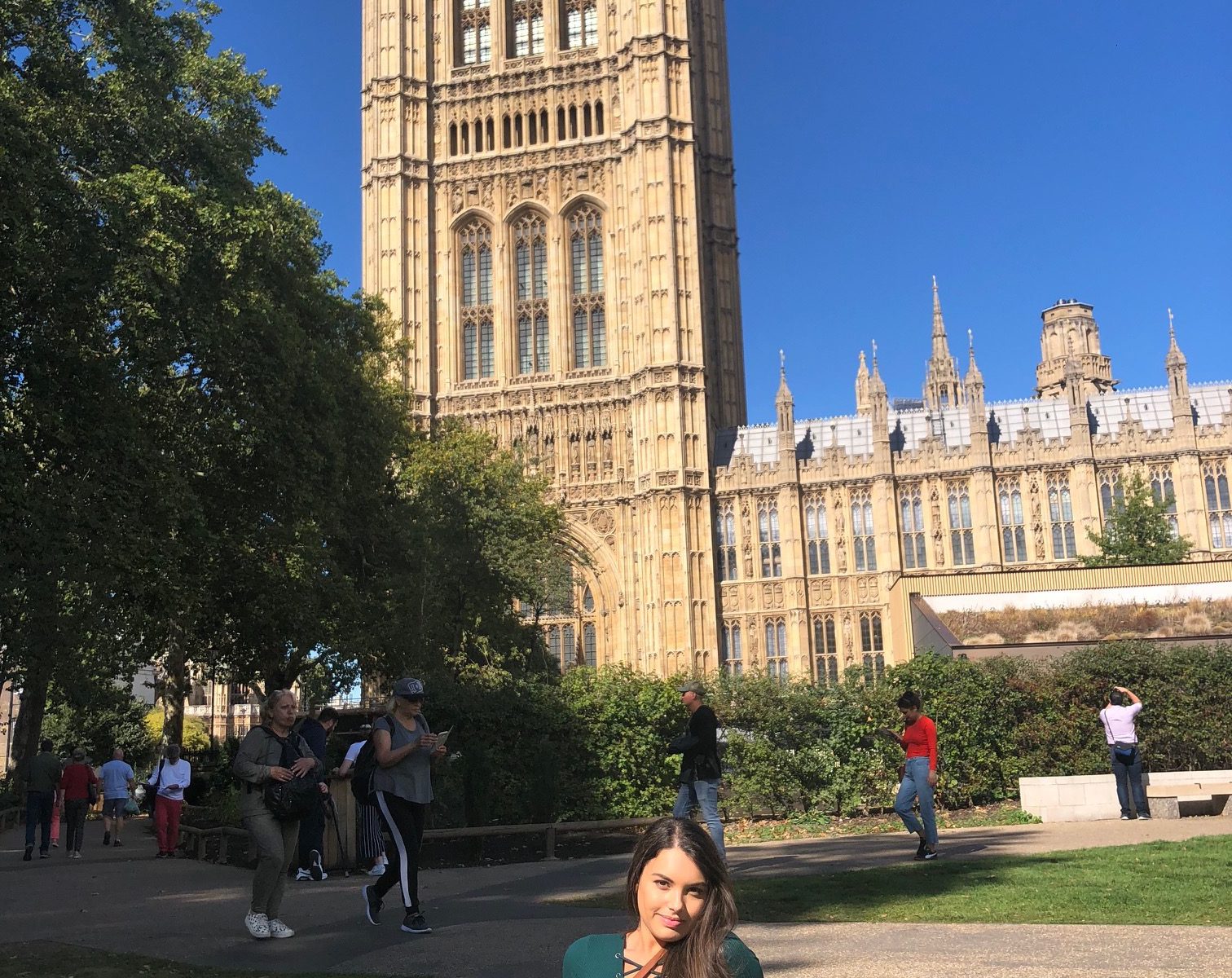 While most children outgrow their love for The Chronicles of Narnia or bed time stories about King Arthur, I never did. Instead, I turned from fictional children’s literature to medieval studies. Currently, I study history and literature with a concentration in medieval studies at my home university. When I began applying to study abroad programs, I decided to study in England because of its wealth of medieval art and architecture.

I ended up taking focused classes that are not offered in the United States at the undergraduate level, including The Hundred Years War, Vikings in Britain, Sociology of the Middle Ages, and Chaucer’s Books. Not only were the courses interesting, but they also incorporated field trips and experiential learning.

The Chaucer’s Books module was entirely based around visiting archives around London and handling manuscripts. As a class, we traveled to Senate House Library, Goldsmith’s Library, and Lambeth Palace Library to study manuscripts and listen to scholars lecture. Although working with primary sources is a necessary part of medieval scholarship, most undergraduates do not experience the manuscript they study. Instead, universities tend to give these opportunities to graduate students. The English department at King’s College London does not limit their undergraduate students. Instead, professors encourage undergraduates to work with materials and engage with difficult scholarly questions. King’s College London challenged me to grow as a student more than I believe most universities would have.

Aside from the strictly academic side of modules, I found the professors at King’s College London to be engaged with their students in ways I did not expect from a large university. One experience specifically struck me. It was 12 in the afternoon on a Tuesday and I was halfway through my Sociology in the Middle Ages class when the fire alarm began to ring. The professor rolled his eyes and annoyed said, “We probably have to leave don’t we”. As the class stood outside Strand Campus under the cover of umbrellas, the professor looked at us and asked, “who wants to move class to the pub”. For the remaining hour of our two-hour seminar, twenty students sat in Spoons around a large table as our professor began questioning us about vengeance in the Middle Ages. We read the primary source documents he handed out as we sipped on beers and ciders. After the class ended, five of us continued to sit and order nachos as we talked to the professor. King’s College London began to feel like a more close-knit community after that experience. I did not feel like one of the thousands of students at a large university.