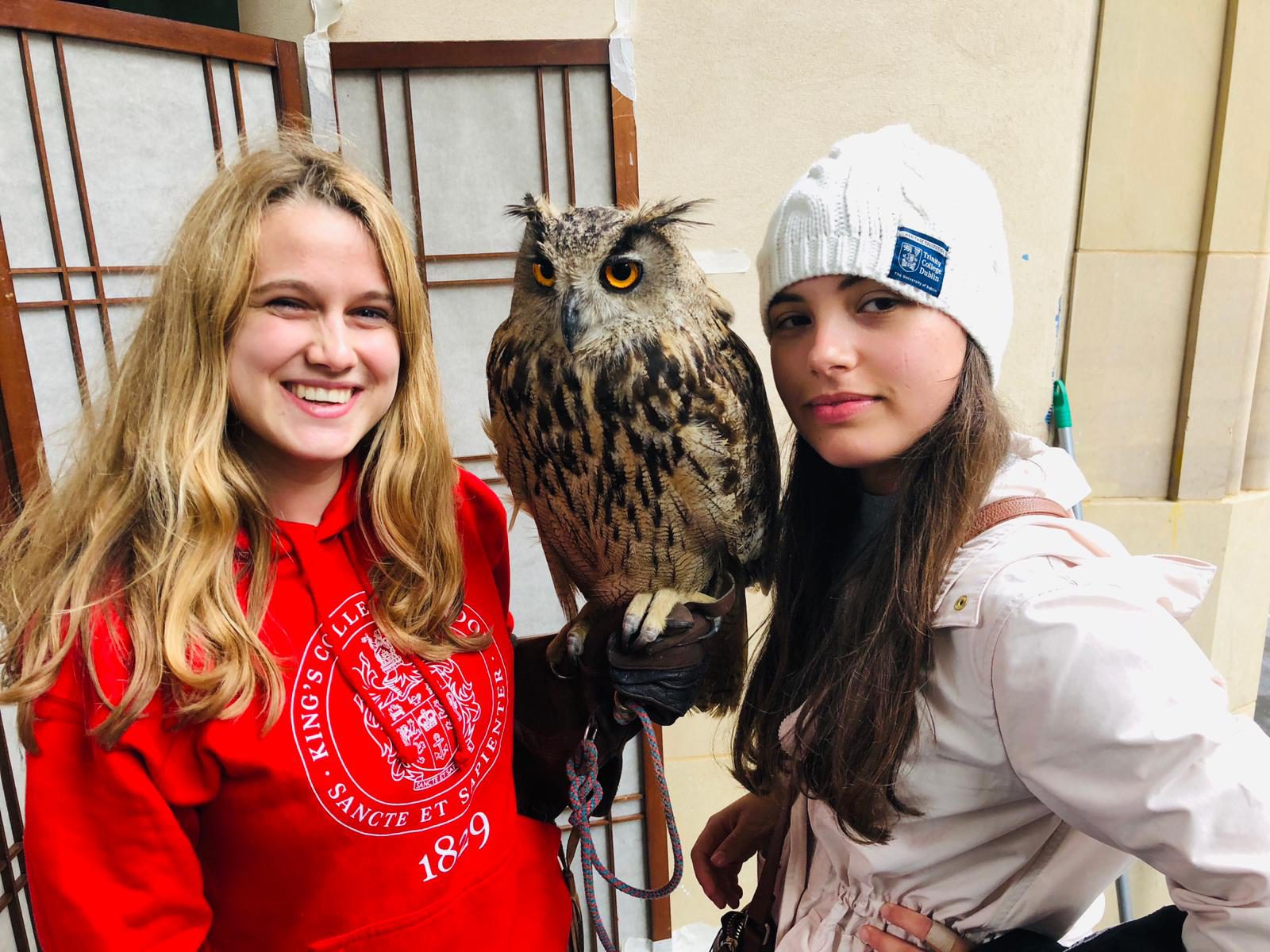 It is a known fact that Strand Campus is a labyrinth of buildings that connect in places that don’t entirely make sense.

The architects seemed to just keep placing buildings on top of old buildings and attaching them with random stair cases. My first day of classes, I got hopelessly lost trying to find the Philosophy Building. Somehow, I ended up at the philosophy bar frantically looking at a pocket sized map. Eventually, somebody came along that did not look as utterly confused as I did.

As a girl, Julia, walked by, I asked her if she knew where I was. She laughed and told me I was in the Philosophy building but not on the right floor. Considering I was now thirty minutes late to class, I gave up on finding the room and asked her if she wanted to get coffee. This began a tradition of us grabbing coffee in the King’s Building every Thursday. Starting a semester at a different university in a new city seemed like it would be lonely, but making friends with King’s students was pretty easy. After a few coffee hangouts, Julia and I began talking about how we both love Harry Potter.

Somehow this led to us talking about never having been to Scotland. Within a few weeks, we had booked train tickets and a hostel in Edinburgh. While in Scotland, we visited The Elephant House, where J.K. Rowling wrote Harry Potter, and toured Edinburgh Castle where we met an adorable owl named Hagrid. The trip was essentially a Harry Potter fan’s dream. My first few weeks at King’s and the friends I made during them taught me that adapting to a new environment is uncomfortable at first, but, if you try to make the most out of it, you might just end up on an adventure.