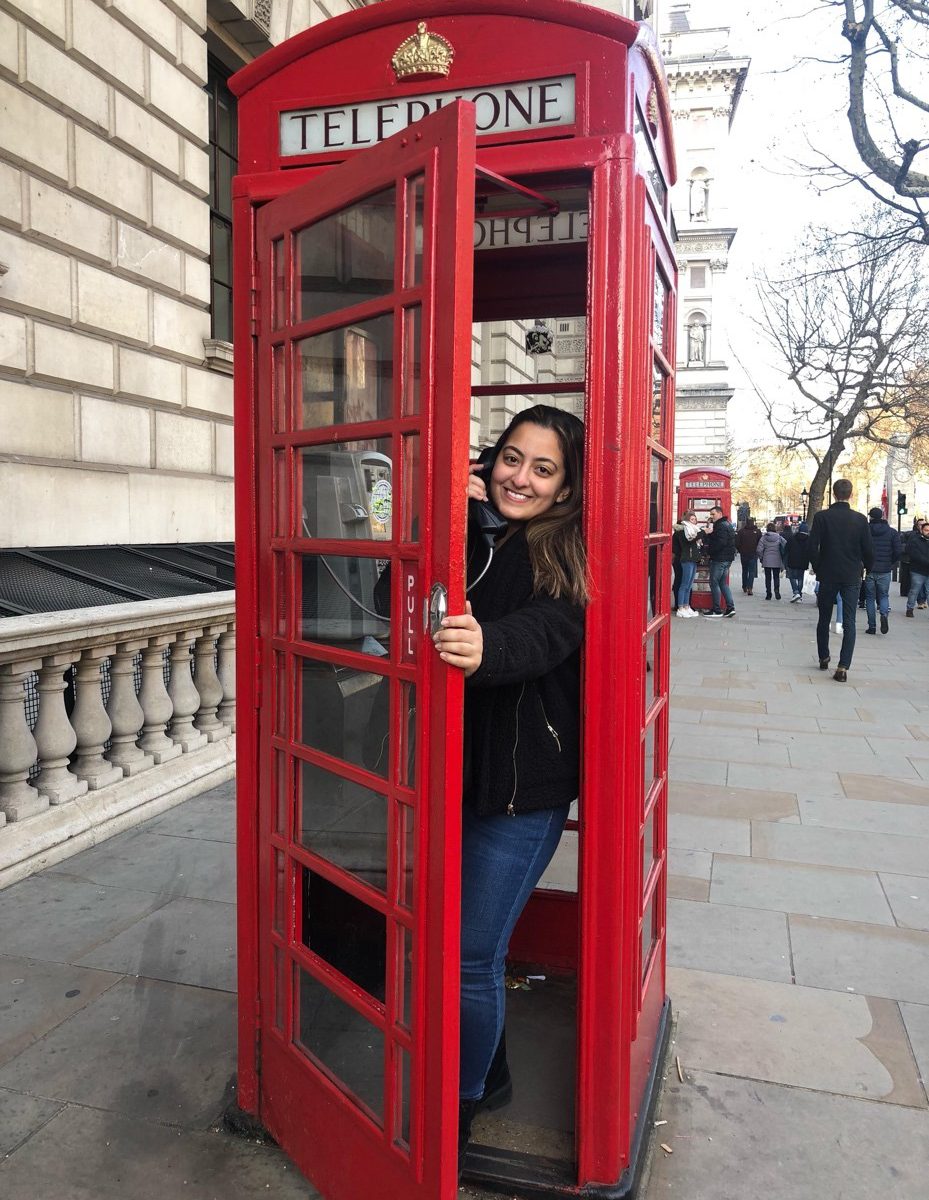 This photo was taken during my first few weeks in London. It is quite significant because it shows how enthusiastic I felt about finally studying abroad. Before I started studying at King’s College London, I was both nervous and excited. I was expecting a bit of a culture shock, as I have never been to England. I also worried about how I would find my place in a big city like London. To my surprise, I acclimated much quicker than expected. For the first few weeks, I was learning to adapt to a new culture, to learn a transportation system, and to live on my own.

Navigating the tube was what I considered my very first obstacle. After only a week, I had both the bus and tube system down, as the signage and maps in London make it incredibly easy to get around. In terms of studying at KCL, I was worried about the academic system and my ability to obtain help when needed. Through several orientations by the staff at King’s, I became well-equipped to face my study abroad journey head-on. In the first few weeks, I sought help from my professors, teaching assistants, and even some fellow King’s students on how best to succeed. KCL is an undeniably welcoming place and there is a place for everyone. The sheer number of clubs here prove just that. One of my favorite experiences at KCL has been attending the Silent Disco with my friends. I had an incredible time and danced the night away, while even making some new British friends. Overall, this trip allowed me to reach my personal goals of being more independent and brave.

I took on things I never imagined I could and for the first time, I felt like I was getting the college experience I had always dreamed of.