I arrived in Lima on the 4th of March at 6pm and immediately discovered two of the most typical characteristics of the city. As soon as I stepped out of the airport, I was hit by a wave of humidity. Indeed, the Peruvian capital’s level of humidity reaches 80% during the summer and up to a 100% during the winter. It felt as if I had landed in the middle of the Amazon forest.

I then jumped into a taxi and experienced what Peruvians call el trafico. This has nothing to do with your typical European traffic jam. No, Lima’s traffic is dense, noisy, dangerous and continuous. But it is also a vibrant part of Lima and what makes this city so alive. Lima would not be Lima without the sounds of the car horns. I spent my first days in Lima at the Red Llama Hostel, in the well-known district of Miraflores. I dedicated my time to searching for student housing; there were loads of opportunities, and I found mine in less than a day. I now live in the district of Lince, literally five minutes away from the university. I would recommend living close to the university just because of the traffic and how unreliable public transport can sometimes be in Lima. You will also save money for your travels! Although, a great number of exchange students live in Miraflores and really enjoy it.

A month has flown by since I arrived in this beautiful country, and everyday has brought new experiences, new people and places. It is a weird feeling to discover another continent, it seems like I’ve been here forever and at the same time, it seems as if I only landed yesterday. From the very first days I felt completely integrated, the buddy team of the university del Pacífico is incredible. Their integration week far surpassed that of King’s.

I mean, who could compete with a university that offers salsa classes, surf lessons, ceviche cooking classes and picnics by the ocean?

Plus, Peruvians are definitely the best at dancing and throwing the most incredible parties. People have been very kind to me so far, speaking their language fluently definitely makes a difference, I think.

I’m trying to make the most of my time in Peru, discovering a different part of the country every weekend. Travelling around is really cheap and there is so much to see, in a country that is more than twice the size of France. On the second week of Uni, the buddy team organised a weekend in Huacachina, a little oasis in the middle of the desert where we got the chance to snowboard down sand dunes. 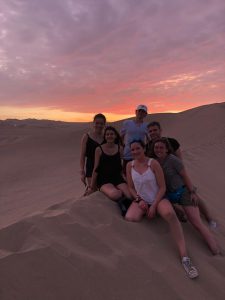 Every weekend is just a chance to escape busy and noisy Lima to discover the diversity and history of Peru, along with its incredible landscapes. Another typical characteristic of Peru is its cuisine, that I would rank as the best in the world (being French, that tells you something). The diversity of food, spices and flavours makes it very unique. They are well known for eating ceviche (raw fish) and cuy (guinea pig), both are traditional dishes and are absolutely delicious.

So far Lima has exceeded my expectations in every single way. But living in Lima is very different to anything I have experienced before. Peru is a developing country, and the contrast between the rich and the poor neighbourhoods is therefore quite startling. When walking in the street, you will pass from a very wealthy neighbourhood to an extremely poor one in a matter of minutes. Last weekend I went volunteering for an NGO in San Juan de Miraflores, a very poor area where people have no access to water or electricity. It is located literally 15 minutes away from Surco, one of the wealthiest areas of Lima. 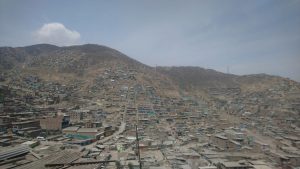 The discrepancies are staggering, it seems as if two worlds are coexisting within the capital, however one is denying the existence of the other. Another thing that I had never experienced before was being part of a minority, as a white European, you represent 15% of Peru’s population, and in the streets you will be outnumbered ten to one. So of course, you attract attention and sometimes comments but it is part of the experience and you get used to it.

As a history and international relations student, studying in Lima is an incredible opportunity for I get the chance to perceive the world through a non-western point of view. Lecturers in London always emphasise how important it is for us to decolonise our minds, but has Europe itself ever really decolonised? In order to gain independence, the colonies had to overthrow the imperial hierarchy that had been imposed upon them for centuries. However, the European powers never felt the need to overthrow this colonial hierarchy inside the metropole. This is reflected in our way of perceiving the world, always putting Europe at the centre of everything, considering our continent as the oldest and wisest of them all. Studying history from Latin America’s point of view, definitely puts things into perspective. 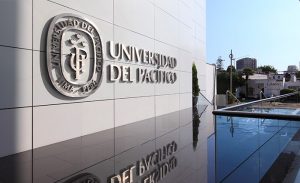