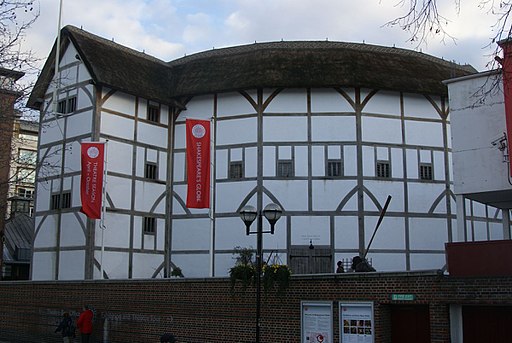 The morning of ‘Apology for Actors’ focused on two male, professional actors, Richard Burbage and Nathan Field. Burbage is one of the most famous actors of the early modern period and was a celebrity during his lifetime, as the elegies written at his death demonstrate. He was a member of the King’s Men and brought many of Shakespeare’s leading roles, from Hamlet to King Lear, to life. Field was a pupil at St. Paul’s School and became one of the Children of the Queen’s Revels. He joined the King’s Men around 1615-16 and may have been known for his physical dexterity and charisma. Lucy Munro (King’s College London) and Harry McCarthy (Exeter) called on present-day actors, James Wallace and Mark Hammersely, to read extracts of parts Field and Burbage would have played, allowing the workshop’s audience to see how heavily the actor’s person and specific skill-set would have informed the composition, performance, interpretation of early modern drama.

Wallace and Hammersely performed a scene from The Knight of Malta– written by Field himself with John Fletcher and Philip Massinger –in which the older, wiser, wily Montferrat, played by Burbage in 1618 and Wallace in this workshop) persuades the younger Miranda (played by Field in 1618 and Ammersely for us) to take his place in a duel. Similar focus on how company dynamics informed performance were foregrounded when our actors were joined by Suzanne Ahmet to perform the first scene of Ben Jonson’s The Alchemist which would have been in the King’s Men’s repertoire at the same time as The Knight of Malta. Burbage, who played Subtle, and Field, who played Face, would have performed alongside the much younger George Birch, as Doll Common, who ends the scene by subduing and dominating the two senior players. This workshop was not trying to recover or recreate the experience of early modern playgoing but participants commented on how our actors had done this for us by effectively playing two parts at once, adopting personas of known actors as well as the parts in the plays.

Having established that actors’ identities need to be given more attention when approaching early modern performance, Clare McManus (Roehampton) pulled the rug out from under our feet in the afternoon, challenging what an early modern actor actually is/was. Yes, there were famous stage-clowns of the commercial stage, like Timothy Reade who was praised for just peeping out behind a curtain, but also, court musicians, actors who were also guildsmen and female performers. It was fascinating to implode the term “actor” and consider broader categories of performer which are not limited to stage-plays and text-based performances. This idea was brought to life when participants read two extracts from the marathon eight-hour long court masque, The Shepherds Paradise. The masque was written for a commemorative performance on Charles I’s birthday in 1633 and was performed by an all-female cast lead by Queen Henrietta Maria.

Discussion was led by stage-designer Mallin Parry (Shakespeare’s Globe) and Sarah Grange (Brighton) who reflected on this performance and its resonances with contemporary performance contexts, particularly the drag king scene. They raised compelling parallels between costumes used in both contexts, highlighting their extravagance, their explicit construction of gender, their level of attention to detail and topicality. They encouraged the suggestion that these more radical performance contexts are enabled by their “amateur” nature.

The last session of the day continued to challenge both past and present performance of gender. Melinda Gough (McMaster) and Peter Cockett (McMaster) shared their experiences of the Engendering the Stage workshop at the Stratford Festival Laboratory in November 2018, which investigated scenes in which female characters wielded swords on the early modern stage.  Just as the previous discussion had found an instability in the term “actor”, this discussion highlighted similarly problematic tensions between scholar and practitioner – who is the expert when the aim is research through practice? These are provocative and productive questions to which the project is highly sensitive and which continued to be explored at the Globe’s Research in Action workshop.

It was fascinating to implode the term “actor” and consider broader categories of performer which are not limited to stage-plays and text-based performances.

Though only the evening portion of the event was livetweeted and open to the public, Research in Action at the Globe is a full day event for the scholars and artists. In the evening, participants present a series of scenes that illustrate different research questions and dilemmas, which we turn over to the audience for discussion and questions. Audience and scholars alike are given the opportunity to make staging and performance suggestions, which the actors then incorporate, trying different parts of the scenes in different ways. As with any practice as research event, the aim is to raise questions rather than to answer them.

But before all this, we gathered in the early afternoon to meet the actors and run through the scenes that we’d be presenting in the evening, establishing some basic staging and highlighting some of the questions about gendered embodiments of onstage rage that we’d probe more deeply during the public workshop.

The first scene, from The Noble Spanish Soldier, raised a variety of practical staging questions. In our most populous scene (cut down from its original cast size!), we had to take our time to break down who went where and when. A sequence involving the passing of a cup for a series of toasts proved particularly complicated, because the extant stage directions were very vague about the nature of toast and the order in which it was taken, plus a lot of business about cup swapping—particularly important because the swap results in the wrong character being poisoned. The mechanics of these prop movements contrasted with the relative simplicity of the emotional cues in the scene: the workshop’s aim was to explore moments of rage, and embedded stage directions and descriptions and reactions by other characters always made it very clear when a character was in a rage, even if we had no indication of what that rage might look like.

Audience and scholars alike are given the opportunity to make staging and performance suggestions, which the actors then incorporate, trying different parts of the scenes in different ways.

Both this and our second scene, from Wit Without Money, raised interesting questions about when rage is unseen or private, performed only for the audience, and when it is a public display that the other characters also see. In The Noble Spanish Soldier, if the other characters noticed the early moments of rage, it would give away the poisoning game before it made sense for them to know it. InWit Without Money, the visibility of the widow’s rage in the face of a set of persistent, annoying suitors seemed more open for interpretation: playing it as asides to the audience created a comic contrast, but playing it openly to the suitors was also amusing, and emphasized the plot framework of the scene, in which the widow’s sister has set the suitors on her as a joke, and has told the suitors to ignore her sister’s raging and keep pursuing her anyway.

In both of these scenes, other characters’ responses provide a key to understanding the rage, whether they are describing the rage, or seeming to fail to see it. In our third scene, from The Renegado, external responses only further complicated a difficult-to-interpret moment. In this scene, an aristocratic young woman smashes up a merchant’s market stall in an apparent fit of rage… but is it a real loss of control, or a deliberate act to draw attention? The text makes it unclear, and the varied responses of the other characters—ranging from genuine shock to bemused understatement—don’t help clarify the matter. This was a scene particularly enlivened by public performance and discussion, as the audience proffered a variety of interpretations of both versions of the scene, bringing their own personal and artistic experiences to bear on their efforts to explain the character’s thinking.

Unfortunately, we only had a very short time to spend on our final scene, also from The Renegado. But the curtailed discussion served as a good reminder that such events are, unlike a traditional performance, the beginning of a conversation, not the finished product.

Engendering the Stage would like to thank London Shakespeare Centre and the Faculty of Arts and Humanities at King’s College London, Roehampton University and the Social Sciences and Research Council, Canada, whose support made these events possible.