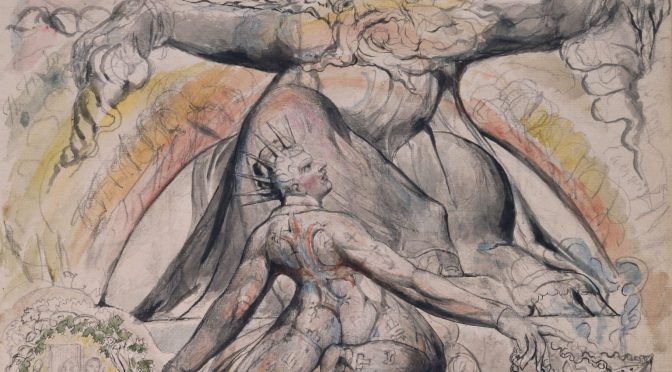 Writing this article on William Blake finally satisfied an itch that I held for quite a long time in the most effective way possible. Over the course of my studies, Blake’s name had hung in the background as some sort of enigmatic shadow that I would encounter later, when I was ready. In my A-Level English Literature class on Christina Rossetti and the pre-Raphaelites, his influence lingered but was never explicitly discussed. As I progressed to university, this ghostly influence became even more pronounced – from thematic parallels in works like J.M. Barrie’s to the shared cultural context of romanticism in studies of Wordsworth, I felt like I was gradually honing in on this mysterious figure. So, when Gale commissioned me to write an article using their British Literary Manuscripts Online, I knew exactly where my interest lay.