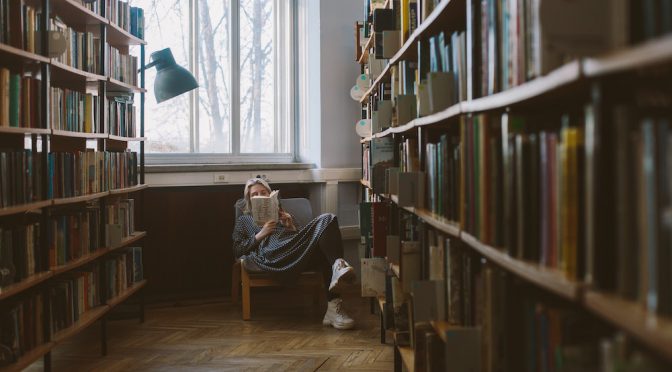 In his third memoir, May Week Was In June, Clive James writes of his inability to stick to the syllabus:

Out of the three terms of my second and last year as an undergraduate, one and a half had gone by before I could bring myself even to sit down and assess the magnitude of what I had not yet done in the way of preparing to satisfy the examiners. When I finally faced the issue, I quickly realised that I would have a better chance of satisfying them if I offered them my body.

He is unable to do what he is meant to do. Arguably – and dangerously, this is an advantage. It encourages serendipity, curiosity, digression. And make no mistake, James read furiously, athletically, non-stop. But instead of searching for a list of prescribed titles it is perhaps more exciting to happen upon quirky volumes and quaint tomes.

As an undergraduate and English student, I often found myself hovering around the Psychology section. There was one particularly gruesome title that caught my eye: Soul Murder by Morton Schatzman. I sat down cross-legged on the library floor and began reading a most disturbing book.

Published in 1973, Soul Murder, subtitled Persecution in the Family, is a reinterpretation of the infamous psychiatric case of Daniel Paul Schreber. Schreber was a German judge, and highly intelligent, cultured man. In his 40s he had the first of a series of psychotic breakdowns. He had ‘sensory illusions’, ‘hypochondriacal ideas’ and strange beliefs, including the idea god was trying to turn him into a woman using ‘divine rays’ and that he could influence the weather.

During his incarceration, he experienced periods of clarity enough to write an account of his beliefs and struggle. He called it: Memoirs of My Nervous Illness. Published in 1903, the book has become important in the history of psychiatry with many interpretations of Schreber’s case put forward, including Freud’s essay: ‘Psycho-Analytic Notes on an Autobiographical Account of a Case of Paranoia (Dementia Paranoides)’, and Schatzman’s frightening book Soul Murder, which looks at the influence Schreber’s sadistic father had on his madness.

Sitting in the Psychology section with the usual library semi-silence, I closed the book after Chapter Two, feeling suffocated by the painful context of Schreber’s life. I left the library and breathed the second semester spring air. I probably rolled a cigarette, probably meandered over to the supermarket, and later on, probably didn’t read one of the assigned chapters on Renaissance literature. Thinking back, I’m grateful for this grim deviation in my reading history.

Perhaps in an algorithm-parallel world, one not too far away in the future, I might not have had the chance to scare myself. Instead, some implanted brain-chip would have nudged me into the English section and relevant syllabus-handy bookshelf. Perhaps I wouldn’t even be aware of this false chance, having been subtly programmed into obeying the bio hardware.

But how similar is this scenario to the internet we already use?  Which clicks are free and which are not? How far are the Recommendations section on Amazon, Youtube or Goodreads the same as those on the visitor display table in a library?

There is a definite eeriness in our unthinking acceptance of these algorithmic recommendations. Aren’t we allowing ourselves to be primed for further coded nudgings and winks? Isn’t it all terribly convenient to subvert physical library serendipity for this virtual usefulness?

Churchill said: the empires of the future are the empires of the mind. It is interesting to consider the burgeoning AI revolution as a new form of psychic imperialism. When, and if, Covid-19, which is increasing the pace of this revolution, comes to an end, physical libraries will be as crucial as ever in helping us to think and choose for ourselves. Nell Prince is a writer from Lincolnshire and currently a research student at King’s. Her poetry has been published in Carcanet’s New Poetries VIII, Wild Court, Perverse and other journals.