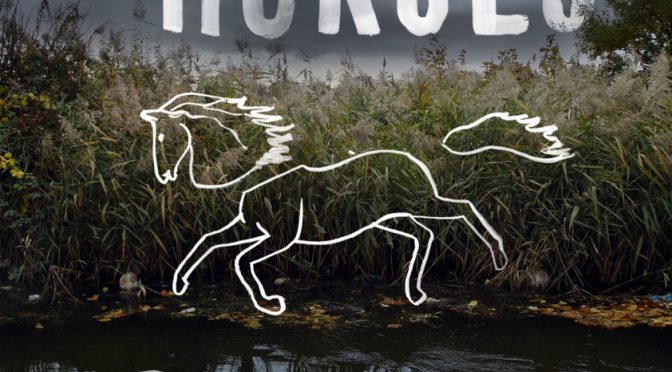 In the final days of my PhD, I didn’t know what I wanted to do, as I suspect has and will be true of many people following an academic path. I’d considered trying to become a professional at all this – I had a peer-reviewed publication, I had good feedback from teaching literary theory, I had done my time on committees and the conference circuit – but even though I’d collected all the ‘right’ elements, I hadn’t started my thesis with that aim, or any clear aim at all, really, no matter what I had concocted for my application forms. I’d finished my undergraduate degree knowing only that I enjoyed analysing stories, that I wanted to keep doing so, and that I really really didn’t want to work at some management consultancy. I had a day to day life that wasn’t perfect, but made me happy and kept me interested, and the PhD felt like an interesting way of prolonging that.

Despite my wish not to work in such areas, the final months of my PhD somehow drove me towards some tedious part-time work doing some corporate consultancy. This, combined with a nightmarish quarter-life crisis surrounding my viva and the terminal point of this student ladder-climbing, led me to try and finally come up with some kind of plan to Get On With Life – which, it turned out, meant returning to become a student yet again, studying creative writing at MA level.

There’s a maxim for would-be novelists and storytellers: ‘read a lot, write a lot’. A possibly controversial, possibly incorrect belief of mine: I think it’s difficult to be so strongly fascinated by fiction that you’d spend three degrees analysing it and not want to at least try creating some yourself, whether micro-fiction, short stories, or longer works. By this I’m not saying I think everyone wants to share their work with the world, but the same impulse in me that wanted to analyse and understand fiction went hand-in-hand with wanting to create it, and I imagine this impulse is found in some others, even if it’s in small doses, even if it’s only rarely expressed. And I think the same is true in reverse: there are a great number of insights and skills in close literary analysis that I believe authors instinctively pursue in their work. Literary study and creative writing practice are such surprisingly walled-off disciplines from each other; having now studied in both fields at post-graduate level, their insights and practices are in my mind two ways of approaching similar goals that could benefit greatly from further academic exchange.

Around the time my PhD ended, someone challenged me about a sample of writing I’d shared with them – they had praise for my style, but thought that the emotional, personal connection from myself as an author was somehow missing. Why didn’t I write about what I cared about?

I think it was a similar lesson to one I learned throughout my PhD – why was I looking for things to analyse just for the sake of breaking new ground or disagreeing with future peers, when I’d be far more likely to contribute meaningfully to knowledge about the field by directing my energies at topics I cared about? This shift on my PhD led me to turn from just studying novels from a particular period to working across narrative and feminist theory on novels throughout the twentieth and twenty-first century, with a load of video games thrown in for good measure. Who cared what was conventional or expected? I wanted to work with what interested me, what I cared about. So when I was faced with the same question about my creative writing, after a minor existential crisis, I threw myself into producing fiction about the next big thing I cared about: the impending Brexit referendum, just a few days away.

I produced an interactive short horror story, Paper Brexit, about a man who meets a strange figure in a café near Westminster. The short piece was, I’m sorry to say, one of the first stories I’d ever created that I’d fed actual personal emotional and feeling into. Probably for being extremely topical and with games news websites being glad of something to cover, it ended up being rapidly picked up across multiple publications for coverage. I was accepted for my creative writing course but with a year’s wait; I filled the year with work for various video game companies who’d either played my political work or who had been sufficiently convinced by the positive feedback I’d received for it and my follow-up, American Election (Both titles are free to read and play here: https://gregbuchanan.itch.io)

I ended up starting my debut novel, a literary thriller called Sixteen Horses, while on the MA that followed. It starts with a farmer finding the heads of sixteen stolen horses buried in his field; the resulting investigation takes place across a backdrop of social, environmental, and personal crisis for the characters involved. It’s out 13th May 2021 in the U.K. and can be preordered from Waterstones or Amazon.

My PhD thesis looked at the paths characters follow in novels; how structure and detail can affect our identification with them; how reading fiction is, in many ways, a mirror for each reader who engages with a text.

All of this remained with me and influenced Sixteen Horses in a number of ways. It’s a novel deeply rooted in a variety of genre codes, but that above all emerges from my own emotion and self in a way I’d never thought to write before.

After the first chapter was circulated among agents at the end of the course, I received a few offers of representation, and after I shared 16,000 words (the numerical coincidence of which didn’t even occur to me at the time), this led to pre-empts from Macmillan imprints in the US (Flatiron) and UK (Mantle), in addition to multiple foreign language deals (eighteen announced so far). I still work on some interactive fiction projects, but more and more of my time is devoted towards my novel work, meaning a) I have grossly underestimated the extent to which novel writing would be equally happiness-inducing and existential crisis inducing; b) I hopefully don’t have to work as a consultant, yay; and c) I’m still doing what I hoped to do when I started my PhD all those years ago.

I thought there was some kind of off-ramp from studying, but there hasn’t been, at least not for me. Every chapter in Sixteen Horses, every section in each of my games, they were all a process of experimentation and analysis as much as they were emotion and inspiration-led, and I don’t think I’d have quite the same approach to creativity and writing if not for those years of careful reading during my thesis.