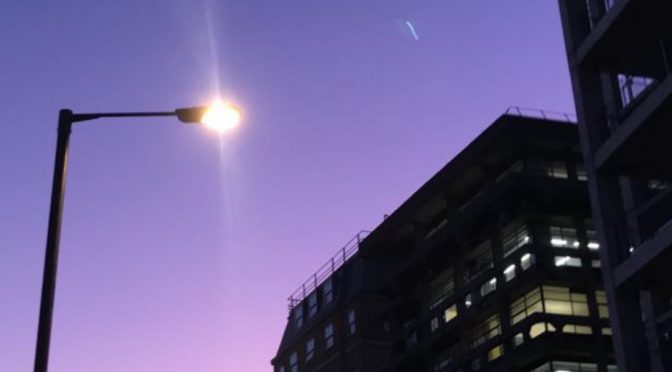 by Sarah Mir
Sarah is a 21-year-old soon-to-be English Literature graduate from King’s College London who has an avid interest in writing/editorial work.

A common epithet to describe the coronavirus has been “the invisible enemy”. Not only does the use of the chosen adjective, ‘invisible’, hint at the nature of a biological threat, but it also perpetuates an understanding of the virus as an abstraction, this other-worldly description questions its reality.

In a swift four and a half months, however, the ‘untouchable’ touched many. What was once considered a distant threat penetrated several borders, materialising for many here in the UK.

For me, it all began the week commencing March 16th. Emails swarmed my student inbox, putting an end to rumours circulating social media and friendship circles. All students at King’s College London, as well as many other universities across the country, were to undergo a transition to ‘online learning’, the final weeks of teaching to be terminated due to high risk of contracting the disease.

After processing the overwhelming amount of information delivered to us, realisation soon set in. What for myself and many other final year undergraduate students would be their last few weeks at university, suddenly slipped out of our hands. I went into my last year with the outlook that I would embrace it all – travelling at rush-hour to make a 9am lecture, partaking in departmental projects, and merely stopping and taking in what had been my surroundings for the last three years.

Although at times a place associated with stress (due to academic pressures) and many sighs at the thought of having to make the hour-long commute, The Strand acted as a sort of ‘second-home’. The Strand will always be a memorable space for me, where life-long bonds were formed, independence ensued and a whole lot of growth took place.

It’s a shame that a proper farewell to the vicinity was unable to take place, but I recognise that I write from a privileged position in a time of great uncertainty and turmoil for many. If these extraordinary circumstances have taught us anything, it would be that perspective is essential. My premature and anti-climactic ending (ironically rather climactic given the circumstances!) to student and university life is a mere speck in a collection of abrupt endings, both financially and sadly to the lives of many loved ones.

As I continued to read and write for the final four essays that concluded my English Literature degree, I stumbled across a quote in South African novelist Alex La Guma’s In The Fog of the Seasons’ End (1972) that resonates with the peculiar situation we find ourselves in:

“On the morning of the big strike that the two men spoke about the light had taken a long time to come. It was as if time had become static and the earth lived through a night without change […] But the people knew Time, and in the Township lamps flicked into life like fairy lights. Here and there the lights came on behind shabby curtains […] The sky weighed down on the Township, dark and oppressive, but gradually the night surrendered and the dawn crawled in behind a thin mist like the smoke of war”

As “lockdown” continued, the days began to merge into one – a sort of temporal stasis. Despite the ongoing global crisis, the lights of La Guma’s words, or the spring of real life, continue to blossom. As the night comes to a close, we find ourselves one day closer to this all being over.

And as for myself and The Strand, a loaned copy of Julia Ward Howe’s The Hermaphrodite from the Maughan Library resides on my desk – the vicinity still with me, even from afar.

This post first appeared on Strandlines. Strandlines is a community project led by Professor Clare Brant in the English Department. Strandlines is open to anyone to contribute stories, histories, photos, drawings, poetry, or memories related to the Strand, past, present, or future.