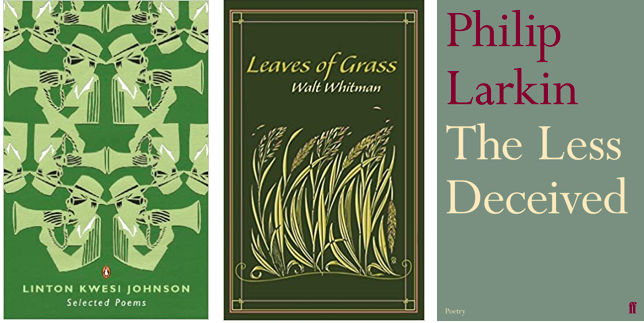 This summer the tables have turned. The global outbreak of COVID-19 has swept nations under a vast amount of uncertainty. Livelihoods have been disrupted with universities, schools, and public spaces shut across the globe.

The spring of the global pandemic felt different to any I have experienced. Yet the opening to T.S. Eliot’s poem The Waste Land became even more familiar to me:

April is the cruellest month, breeding
Lilacs out of the dead land, mixing
Memory and desire, stirring Dull roots with spring rain

Inspired by the sense of connection found in Eliot’s words, here are 3 poems that can be a source of inspiration as many find themselves trying to persevere amidst uncertainty:

And can understand nothing
But the unusual laughter,
And starts to be happy.

Larkin is often memorable for his playful nickname, Hermit of Hull, emblematic of many decades spent as a recluse. Larkin spent most of his years between a series of flings and books, attempting to navigate his poetic and literary career as he grasped with the bleakness of life.

The poem ‘Coming’ however, shines. Writing on the arrival of spring, this two-stanza poem anticipates the arrival of a more vibrant season as the speaker longs for ‘longer evenings’. The repetition of ‘it will be spring soon’, almost chant-like, omits a sound we should all attempt to iterate given these turbulent times. Let us repeat, with Larkin’s speaker, that this will pass; as we move into longer summer days, a series of changes will come before us.

2: ‘Forces of Victri’ by Linton Kwesi Johnson from Selected Poems (2006)

Linton Kwesi Johnson stands an iconic figure in the West Indian community of British poets. His innovative contributions to dub-poetry are tied with his political illumination of the social and racial injustices of 1970s Britain. This poem, available in print from his spoken album Forces of Victory (1979), transports a pulsating image of continuation, of perseverance, amidst tensions during the Notting Hill Carnival. Listen to Kwesi-Johnson read ‘Forces of Victri’.

Afoot and light-hearted I take to the open road,
Healthy, free, the world before me,
The long brown path before me leading wherever I choose.

As many of us find ourselves working from home, self-isolating, and social distancing, it may be daunting to find inspiration indoors.

Whitman’s ‘Song of the Open Road’ remains a rich poem that elegantly captures the freedom nature enriches us with. Simply put, it is a reminder to continue and remember that ‘the world [is] before me’. The spirit of community is central to Whitman’s ode; let us all collectively protect one another by sticking to guidelines set for social distancing, travelling only where and when necessary. The PHE advises that ‘you can also go for a walk outdoors if you stay more than 2 metres from others’, so why not embark on a stroll and take breaks from the indoors? In Whitman’s words, ‘It is safe—I have tried it—my own feet have tried it well—be not detain’d!’

Reading poetry is a wholly moving experience. Immersing yourself in the world of these poems can be a reassurance during times of personal and political upheaval.

Why stop at reading poetry? It may be helpful tapping into your own creative faculties and attempting to write a poem. Remember that there is no formula for poetry; simply take pen to paper or fingers to keyboard and jot down words and phrases that make sense to you and help you express your emotions in these trying times.