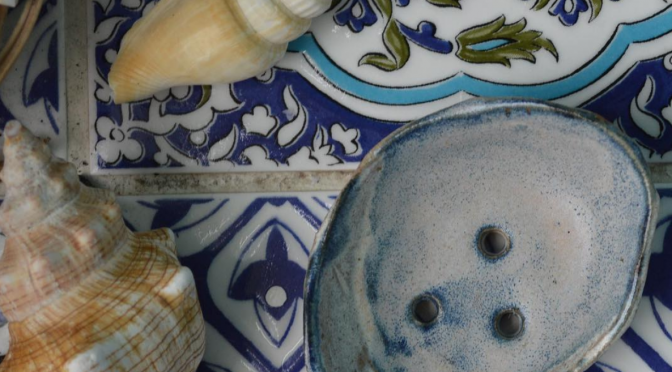 My parents had come to London with me to help me settle in before university started. It was a group of three that kept getting bigger as my parents pulled in all their friends in the vicinity to be a part of the goodbyes. Maybe it was a weird coping mechanism, I don’t know, I didn’t overthink it then.

That day, Mama kept slipping in and out of small corner shops, leaving all of us outside when she found one. So, someone would pull out a cigarette, another would pull out some form of small talk. With every shop that we were stranded outside, the small talk got scarcer, more obscure and desperate— but that’s just an aside.

There was this one shop that Mama dragged Papa into. It was an off-beat, independent home store sort of place. They sold porcelain plates and funky bookends and wooden spoons and pans with twisted handles, that sort of thing. I waited outside, with two of my parents’ friends. They asked me about university and I gave them my automatic responses; nodding enthusiastically and describing my course: “I’m very excited… Undergrad… Oh, I think London’s beautiful…. Yeah, I know they’re going to miss me when they leave.”

Papa came out of the shop and he said, “look at this.”

He was holding a soap dish in his hands. A delicate, white thing with a deep blue border across its edges. It looked like it was made out of eggshells and ink.

He was still holding it out to me, carefully, as if it were a small bird in his big hands. “Do you want it?”

“Are you sure?” His shoulders slumped a little bit but there was still this childish glint of hope or something that my parents often get in their eyes, and that I only noticed that week, before they left.

He nodded and went back inside.

The adults said, “aw, that was so sweet. He looked so sad.” And they laughed.

But I keep thinking about that soap dish. My parents bought me shampoo and face wash and moisturiser before they left and they bought me bars of soap. I thought I’d made it clear that shower gel would have been ideal but Mama bought me two bars of soap instead. I keep it in the corner of my plastic caddy bag; I need a caddy bag because there are only shared bathrooms in my dorm and…  And I don’t have anywhere to put the soap.

This piece was first published in KCL Journal, Issue 9, Autumn/ Winter 2017. Find out how you can contribute as a writer, editor, artist, or designer, or stay up to date on new publications on their Twitter, Facebook, and website.