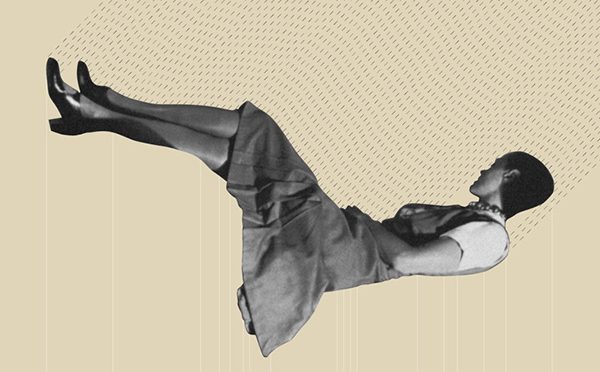 Around a decade ago, modernist studies modelled itself in Pound’s image and made itself “new”. “New Modernist Studies”, declared Douglas Mao and Rebecca Walkowitz, would make modernism more capacious in “temporal, spatial, and vertical directions”.[1] Their call to look along unconventional geographical and methodological axes for “instances of transformational rupture and rapid change” led many scholars to stretch its definition well beyond its European remit, to “planetary” scales and temporal horizons far beyond 1890–1940. [2] It was the possibility of doing literary scholarship in a field differently, interdisciplinarily, more inclusively, perhaps more imaginatively, that drew thinkers to this “new” modernist studies as Mao and Walkowitz characterised it through the term “expansion”.[3]

But when does expansion become colonialism? Since 2008 New Modernist Studies has flourished; David James and Urmila Seshagiri counted “no fewer than forty geographically distinct subcategories of modernism” while researching their 2014 PMLA article, and the field has grown since. [4] Such rapacious annexation can be problematic, not least for scholars like myself and many others at King’s, who work around the long twentieth century but on texts, authors, movements or fields of thought that exist at something of an awkward tangent to modernism. By accepting continued expansion, are we failing to reckon with its broader consequences? Do we need a moment to pause and interrogate the context within which modernist studies is operating – who is defining modernism, and for what purposes?

Towards the end of his introduction to a recent special issue of Modernism/modernity, Paul Saint-Amour tracks the trajectory of these meta-discussions and recalls a haunting accusation from Max Brzezinski that New Modernist Studies emptied modernism of its political content in order to consolidate it as a “marketable intellectual commodity”. [5] “Modernist studies’s emergence as a field”, Saint-Amour suggests, “has been concomitant with a steady weakening of its key term, modernism”, and he expresses similar concerns “that modernism, denuded of declarative, definitional, or analytical sharpness, becomes the licensed swoosh, bird, or ghost under which we all do various kinds of globalizing business”. [6] Underpinning everything from publishing lists to job adverts, modernism™ risks losing all force by being simultaneously everywhere and nowhere, trying to be all things to all people and thus of little use to anyone.

It’s a bitter irony that linking what in Saint-Amour’s (controversial) terms is the affective-political “weakening” of modernism to inclusion, especially global inclusion of non-canonical literatures and arts, threatens to rob the term of agency just when it is being taken up by historically marginalised artists and critics around the world. But on its own this issue of periodisation, geography, or canon simply repackages an endless (and somewhat otiose) debate about how to define the contours of a field. We’re looking less at what modernism does and thinking taxonomically: who is “in” and who is “out”? Commitment to a strongly defined Modernism wanes – registered in the abandoned capital M, perhaps – even as the sense of modernism as a strong value-positive term does not. The deflation of aesthetic and temporal distinctions risks making modernist studies a kind of multinational conglomerate that stamps the modernist label onto texts deemed “worthy” of study with little regard for precise historical conditions or the competing claims of other scholarly fields.

As much as we can weaken and proliferate the meaning of modernism, then, how do we – teachers, researchers, students – imagine a politics of the act of naming, of identifying “modernism” in ways that embrace truly radical openness towards alterity? Can we perform an act of naming in local sites and analyses that more effectively helps modernism find a third position beyond a product of institutionalisation and a floating signifier? Such questions might offer a starting point for rethinking our own affective entanglement with modernism. What are the social, political, and heuristic rationales that lay out why expansionism was sold as a value to the field in the first place?

These were the kinds of dilemmas debated during ‘States of Modernism’, a one-day symposium which brought together scholars from King’s and the University of Birmingham to think about the current state of modernist studies and its place in a rapidly changing academy. A range of papers gathered under the keyword “Collapse” looked to modernism to provide a way of placing writers and their works in complex, dynamic, decentred, and laterally associative configurations – to think about emergent, unstable and constantly evolving connections that writers strike with each other as well as with institutions and gathering spaces that they enter and exit.

What does it mean to be in a state of imminent collapse – as a discipline, an individual, or a species? What course of action is left when time seems to have run out, no longer a vibrant planet to inhabit?

What was at stake in so many of these papers was the question of how best to embody those commitments through our scholarly work, our institutional allegiances, the theoretical frameworks we embrace. The conversation around the theoretical stances and possibilities of modernism raises important and increasingly urgent questions about solidarity and the constitution of our field, about our ethical and political commitments. What does it mean to be in a state of imminent collapse – as a discipline, an individual, or a species? What course of action is left when time seems to have run out, no longer a vibrant planet to inhabit? At this moment of exhaustion, when the humanities as a whole are seen as superannuated, with no viable future, it is especially hard to ignore the stark prospects haunting the field, as they haunt our species and every other species.

Such resonance with our own moment of political and ecological crisis informs our second event, “Scale”, where the state of modernist studies will confront the feeling of insecurity that lurks behind conceptual expansions of modernism: a fear that it moves the term beyond critical purchase, leaving graduate students without sufficient institutional support and diverting resources from other fields, periods and movements. This expansion is driven at least in part by more pervasive precarity in literary studies as a profession, and its consequences reveal a need to fundamentally rethink familiar ways of researching and teaching.

“Make it new” was not new, nor was it ever meant to be. Pound himself always tried to foreground this by using original Chinese characters and letting his own translation tag along as a perpetual footnote. The complex nature of the new – its debt, even as revolution, to the past, and the way in which new works are often just recombinations of pre-existing elements – is not just confessed by this practice but insisted on. This is what makes the slogan exemplary of the larger modernist project, that by insisting on the new it brings to the surface all the latent difficulties in what seems such a simple and simplifying concept. It was only later, as critics and scholars tended to the programmatisation of modernism in the 1960s, that the new was simplified again, a process in which “make it new” played a crucial promotional role.

Pound first became interested in Confucian texts in October 1913. Sometime in the later 1920s, he began preparing his own translation of the Da Xue (Ta Hio), using a translation by the English sinologist James Legge but working primarily from a French version he had owned for some time: M.G. Pauthier’s Confucius et Mencius: Les quatres livres de philosophie morale et politique de la Chine, published in various editions beginning in the 1850s. As is explained in an opening note to Pound’s translation – entitled Ta Hio: The Great Learning, Newly Rendered into the American Language and published in 1928 – the Da Xue is the first of the traditional Four Books of Confucian moral philosophy, but only the very first part of the Da Xue itself is attributed to Confucius. The bulk of the work comprises commentary and annotations by a disciple that Pound calls, after Pauthier’s French, Tsheng-tseu. It is in these annotations, further refined themselves by the subsequent editing of the neo-Confucian scholar Chu Hsi (1130–1200 AD), that the first published version of “make it new” is found.

If you can one day renovate yourself, do so from day to day. Yea, let there be daily renovation. (Legge’s English)

Pound’s version has the virtue of brevity, but he spoils the effect somewhat by adding a long footnote, which translates the French again: “Pauthier with greater elegance gives in his French the equivalent to: ‘Renew thyself daily, utterly, make it new, and again new, make it new.’” “Make it new” actually seems a fairly wilful translation of “fais-le de nouveau,” which might just as easily be rendered “do it again”. Had Pound translated it so, the whole history of modernist scholarship would have been quite different…

“Do it again”: the watchword for a different kind of modernist studies?

“States of Modernism” is a collaboration between the English Department and Centre for Modern Literature and Culture at King’s College London, and the English Department and Centre for Modernist Studies at the University of Birmingham. “Collapse” took place on 16 December 2019 and was co-organised by Dr Charlotte Jones, Dr Clara Jones, Professor Anna Snaith and Dr Nathan Waddell.

A second symposium – on the theme of “Scale” – takes place in Birmingham later this year.