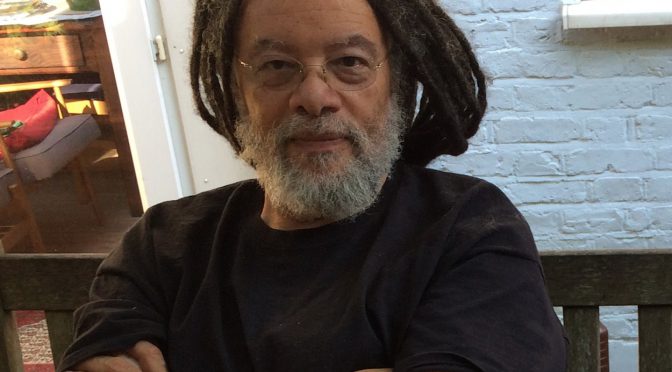 RBD: Let’s move on to some larger themes. What do you feel about the contemporary politics of race and class, particularly in Britain?

PG: That question is much too big to answer. As far as Britain goes, there are some difficult inter-generational problems at the moment. When we speak politically across the generations, there’s a lot of translation to be done on both sides. I feel a bit depressed that people take what appear to be generic racial identities, sourced in the US context, and apply them universally without much pause or reflection.

I suppose I am a Fanonian humanist, so I am bound to refuse the easy answers afforded by Manichean thinking.

“More than that, to do critical, intellectual and political work in this area one must be acquainted first and foremost with the history of struggles, both here and in the colonial spaces of the British Empire.”

A lot of the most important information will never be available from the Google search box. You have to dig deeper, perhaps even go to the library. So much of what is online is inaccurate and incomplete.

RBD: Do you feel that your activism, scholarship and everyday life have merged into one another?

PG: These days I’m more of an inactivist than an activist. I spend a lot of time being disoriented and baffled by what has been unfolding around us. It probably sounds clichéd to say this, but for me the things I do as a teacher, researcher and writer have congealed into a certain way of life. In many ways, that attitude is at odds with the professional, scholastic style of academics.

These days, being an intellectual is not always congruent with the different rhythm involved in being a successful academic. Its good to be clear about where those vocations diverge and conflict.

“Human curiosity has a revolutionary power. It should be more carefully considered as something universities need to cultivate. After all, becoming educated isn’t the same thing as acquiring the correct credentials.”

RBD: Are you able to maintain separations between your different roles? Is it important for you to be able to separate, or not?

PG: My research suggests that black intellectuals have often been cursed by the impossible desire to know about everything and connect everything together. Du Bois and CLR James are good examples of that syndrome.

We hear a lot about “intersectionality” at the moment. To me that term bespeaks a certain method. It favours interpretative tools that are capable of showing the relational complexity of things. That indivisibility is important to me. Of course, if people can dismiss you as a dilettante rather than a polymath you will have sawn off the branch that you are sitting on, looking down at the horrors of the world from a safe distance.

RBD: There Ain’t No Black in the Union Jack (1987) completed 30 years last year. Would you be writing the same book today? How, to you, has political blackness changed?

PG: “Not the same river and not the same man” so, no, not the same book either. But there are echoes, lingering vibrations as well as a sense of blockage that has produced iterations, endless echoes of the same dismal political rhetoric aimed at manipulating racial affect to hold a populist formation together. I tried to address the issue of how Britain became psycho-socially and politically stuck in another book: After Empire (2004). I used to hope that a younger scholar would pick up that baton and produce a newer, better argument that could build from a critical dialogue with my various interventions, but they have obviously got much better and more important things to be getting on with.

The political and cultural situation is very different now, mostly because of the impact of technology and the way we have become habituated to the effects of a chronic crisis that is now the routine functioning of this system.

“The idea of political blackness is frowned upon by today’s young activists but that is hardly surprising now that politics itself has retreated in favour of emphasis on interpersonal conduct, feelings and self-care.”

RBD: If you were to write a foreword to There Aint No Black in the Union Jack or The Black Atlantic today, how would you introduce them?

PG: Again, a very hard question. Those books are fundamentally connected by their opposition to nationalism in all its forms. They criticise it in different ways, but that refusal is a common thread running through them. Any new introduction would have to highlight how racism and nationalism have remained entangled and how the fight against nationalism needs to be renewed.

RBD: How would you look back now on yourself as a young scholar, starting out in academia?

PG: I never expected to secure a full time academic job. I was rejected so many times it was deeply dispiriting.

“Some powerful professors that I had criticised tried to block my prospects of employment in the profession. I was beginning to think I would have to busk in the tunnel at Finsbury Park station.”

So I remain very grateful to the brave people who eventually gave me the chance to work as a university teacher. I think my entry into that world was an early measure of its decline. I got a one-year job around the time Margaret Thatcher abolished tenure. Since then, higher education in Britain has been being slowly and steadily weakened and destroyed. It is difficult to see how that process might be either slowed or reversed.

RBD: Would you do anything differently? What advice would you give to early-career academics today?

PG: Things look bleak at the moment but there will be plenty of opportunities to fight for different ideas of what higher education can be.

“Don’t be afraid of your managers and don’t be reluctant to follow the paths that your curiosity identifies for you.”

London is an extraordinary place and there are many allies to be found outside the walls as well as inside them. The university often feels most habitable and creative when it is well-ventilated by external air.

If you have any comments on this interview, or would like to ask Paul any further questions, please use the ‘Comments’ section of this blog post.

The featured image is reproduced with permission from Paul Gilroy.