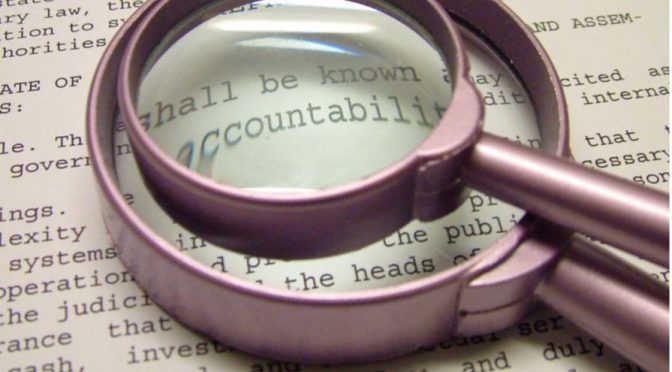 However, Trump’s attitude towards “transparency” is, as with other elements of his post-truth presidential style, better understood as a particularly brazen and exaggerated version of rhetorics and techniques deployed by his predecessors rather than as a complete aberration.

Barack Obama, for example, campaigned on the issue of transparency, extolling the virtues of open government. And while it is true that the Obama administration implemented a number of government transparency initiatives such as the provision of open government data and White House visitor logs, its triumphal talk of transparency sat uneasily alongside its overzealous invocation of the State Secret Privilege and punitive approach to whistleblowing (to take just two prominent examples).

It’s easy to forget now that the Obama administration was often called out for its attachment to secrecy. According to the findings of the Committee to Project Journalists (CPJ) in 2013, reporters from many major media outlets felt that “the White House curbs routine disclosure of information and deploys its own media to evade scrutiny by the press,” and that the “aggressive prosecution of leakers of classified information and broad electronic surveillance programs deter government sources from speaking to journalists.” According to Margaret Sullivan of the New York Times, the Obama administration was “turning out to be the administration of unprecedented secrecy and unprecedented attacks on a free press.”

As a transparency sceptic (that is, as a scholar who looks closely at the less than transparent practices supposedly intended to promote “transparency”, not as someone opposed to openness as an ideal), I spent a lot of time during Obama’s term in office pointing out the limitations, and sometimes the hypocrisy, of his administration’s evangelism about transparency. In the face of Trump’s continual tactical use of misdirection, obfuscation and opacity in the service of a far right agenda, I can understand the temptation to feel nostalgic for Obama’s (albeit compromised, circumscribed, tarnished) version of transparency.

I wonder if the journalists cited in the CPJ report feel nostalgia themselves now that their role has been so suddenly and thoroughly undermined. A tainted transparency is surely better than no transparency at all…

In a sense, that’s obviously right. Trump’s disdain for facts and expertise, and for the role of administrative transparency and the fourth estate in the democratic process, leaves us feeling disorientated and disempowered. But Trump’s contempt for administrative transparency could offer an opportunity to those who seek a relationship between citizens and the state that isn’t determined and delimited by covert data surveillance on the one hand, and open government data initiatives on the other.

At a time when government seems to operate as if it were unseen and unchecked despite ubiquitous mediation, it is possible that if we can hold our nerve, we too could operate in the shadows to conceive a form of data transparency that is fit for purpose: that elicits political subjectivity rather than disavows or curtails it.

Such a version of open government data, for example, would have to not only acknowledge that data is never raw by making clear the circumstances of its collection, but also ensure that citizens are equipped to analyse data without reliance on third party, commercial mediators…

Even more ambitious, could we use this moment to re-imagine both secrecy and openness in ways that might allow for a more progressive, redistributive political settlement? If the current regime teaches us anything, it is surely that securitising systems like data surveillance seem even more troubling now that an unstable, authoritarian leader has access to the viewing station at the panopticon; and that open government data needs to be empowering and meaningful.

Clare Birchall’s latest publication, Shareveillance: The Dangers of Openly Sharing and Covertly Collecting Data, published by the University of Minnesota Press, examines the role of transparency and secrecy in politics today. It also addresses the delimited subjectivity produced both by open government data and by data surveillance.

This post was originally published in the University of Minnesota Press Blog. You can read the original post here.

Teaching Literature in the Age of Trump and Brexit: Some Reflections