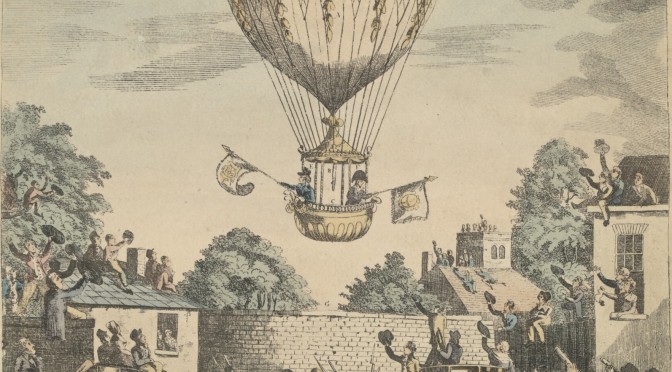 Another suggestion was W.P. Barbellion, The Journal of a Disappointed Man (1919). This diary has an extraordinary story. The author’s real name was Bruce Cummings; he made his pseudonym from Wilhelm, Nero and Pilate as examples of the most wretched people to have lived.

Writing a diary gave Cummings the opportunity to call on philosophy for help; as his illness progressed he prepares for death with gentle humour and a sense of beauty…

In 1915 Cummings was a naturalist who went for a medical prior to signing up for the First World War; the doctor  sent him home with a letter. On the way back he read it, and discovered he had multiple sclerosis – and that his family already knew, and indeed had known for some time.  Aged 26, he suddenly had a very short future. Multiple sclerosis comes in several forms, all cruel. Barbellion knew he would be facing loss of functions like mobility, but he mobilised all his mental and emotional resources. Writing a diary gave him the opportunity to call on philosophy for help; as his illness progressed he prepares for death with gentle humour and a sense of beauty. His celebration of existence is poignant: ‘To me the honour is sufficient of belonging to the universe — such a great universe, and so grand a scheme of things. Not even Death can rob me of that honour. For nothing can alter the fact that I have lived; I have been I, if for ever so short a time’.

The title of the work The Journal of a Disappointed Man, is slightly misleading: Barbellion  is disappointed in the sense that life is being taken away from him, but he converts disappointment into the most profound celebration of life. Being a naturalist helps: the complexity, beauty and vivacity of other forms of life gives him much to celebrate, and reminds him – and us – that humans are organisms in a mutable universe. The MS Society recommends Barbellion’s Journal to people with multiple sclerosis. I recommend it to everybody. It is sobering, humbling, cheering, comforting  and touchingly human.

Just as the exhibition powered up, I was also running around giving talks related to my forthcoming book on eighteenth-century ballooning: Balloon Madness: Flights of Imagination in Britain, 1783-1786 (Boydell & Brewer, autumn 2017). It was a hectic doubling, except my balloon book does have a whole chapter about a diary. It belonged to William Wyndham, who was an MP, mathematician, classicist and convivial dreamer, and it provided me with a wonderful case study in balloon madness. It also provided methodological challenges, because the diary’s entries about balloons are frustratingly laconic. Having just started his diary, Windham confided to it, like many eighteenth-century people, a sense he was not getting enough done. On 7th February 1784 he wrote ‘Did not rise till past nine; from that time till eleven, did little more than indulge in reveries about balloons.’ (You can read the whole text online, as The Diary of the Right Honourable William Windham, 1784-1810, ed. Cecilia Anne Baring, 1866).

What did that entry mean? What was going on in his head? I had to adapt critical tools from life writing to reconstruct Windham’s  balloon reveries, though joyfully he did turn those reveries into action . On 5 May 1784, at the height of balloon madness, he made a successful ascent with the Oxford aeronaut James Sadler from grounds near Hampton Court, watched by a collection of Fellows from the Royal Society. His diary entry afterwards begins: ‘Went up in balloon. Much satisfied with myself; and, in consequence of that satisfaction, dissatisfied rather with my adventure…’ It seems to have cured his balloon madness; his reveries moved on to other things.

Air-minded people can be generous in sharing stories, and a later balloon episode also involving a diary came to me by way of a former student, Eric Larsson (thank you, Eric). It joins a literature of ice which also has dedicated admirers, and a fine critic in Frances Spufford , author of  I May Be Some Time: Ice and the English Imagination (Faber & Faber 2003). This story begins in 1930 on a Norwegian sloop in the Arctic, with geologists and seal hunters aboard. They discover the remains of an expedition, long presumed lost. On 11 July 1897, the Swedish engineer S.A. Andrée and two companions had ascended in a hydrogen balloon aiming to discover the North Pole.  They had had to land on the ice and travel on foot in rigours which eventually defeated them.  (Read more of their story in the New Yorker magazine).

Each of the three men had kept diaries and all were eventually published. One waterlogged notebook was recovered by a reporter, Knut Stubbendorf, who dried it in his cabin, and recounts the experience of turning the pages for the first time:

“I have seldom, if ever, experienced a more dramatic, a more touching succession of events, than when I began the preparation of the wet leaves, thin as silk, and watched how the writing or drawing, at first invisible, gradually became discernible as the material dried, giving me a whole, connected description written by the dead – a description which displayed unexpected and amazing details, and which allowed me to follow the journey of the balloon across the ice during the three short days from July 11 to 14, 1897.”

This thrilling moment in which invisible writing emerges to be readable, and the visible writing tells of what happened, has stayed with me: it could be a compelling metaphor for what all diaries are and what they do. They say what happened, and they make that a mystery to be revealed, a voice from the dead which can become alive again.

So please keep a diary – you never know if it may fall into a researcher’s hands! And please come and visit the Dear Diary exhibition! You can share your thoughts about diaries and your diary practice via the exhibition website.

You can also contribute to ongoing research in the Ego-Media group by going to their DiaryBox. The Ego-Media team (also members of the Centre for Life Writing) would like to know about the shape of your online day – or night! – so as to understand better how digital traces can be read as diaries, and what they can tell us about self-presentation online. Your contributions  will be ‘leaves of silk’, with invisible ink drying into unexpected and amazing details… Share your stories today.

You may also like to read: It’s In My Diary – behind the scenes of ‘Dear Diary’.