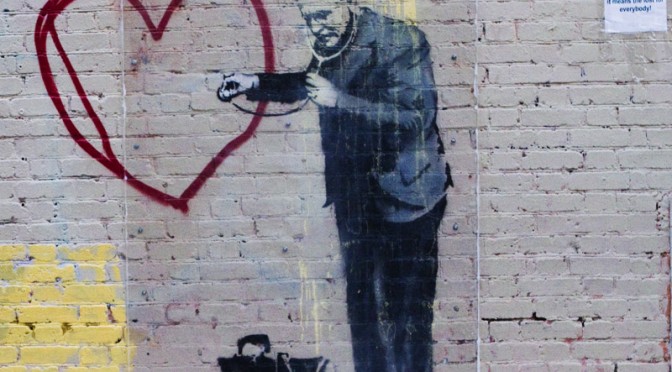 When I first came to King’s more than 10 years ago now, I was dubious about ‘the medical humanities’. I knew what the medical humanities were, or at least I thought I did. It was a name that could be applied to any attempt to make sense of matters in which medicine has a say, using ideas or frames of reference derived from humanities disciplines. But I would never have described myself as a medical humanist. My work – which until then had largely been rooted in the historical study of eighteenth- and early nineteenth-century literature – belonged in ‘English’. ‘English’ had an intellectual and institutional history I could admire (if only I had the talents of William Empson or Helen Vendler!), unlike the medical humanities, which seemed by comparison so diverse, so underdeveloped, and so wannabe.

Would medicine ever take the medical humanities seriously, beyond paying lip service to platitudes about ‘treating the whole person’?…

The taint of amateurism was never far away. Would medicine ever take the medical humanities seriously, beyond paying lip service to platitudes about ‘treating the whole person’? Would English, if it weren’t for all that Wellcome money? Back then I thought the answer to both those questions was ‘No’. I still have reservations about the medical humanities, but they’re very different from the ones I had back then. And my attitude to ‘English’ has changed, as English itself has. But now I cheerfully describe myself as first and foremost a medical humanist, or a health humanist.

So what happened? Two things stand out.

First, I began teaching on a new Master’s in Literature and Medicine. I devised two very old-fashioned modules on ‘The Doctor in Literature’ and ‘Literature and Psychiatry in the Twentieth Century’. I still needed to feel that I was in ‘English’, you see, and was determined to defend myself against what I feared would be a very instrumental view of literature. I hadn’t allowed for the effect of the students on my outlook, especially those with clinical backgrounds. The Master’s course attracted many clinicians who had been thinking hard about literature in their spare time – for decades in some cases. I learned lots of specific things from them about particular works of literature but I also learned one very important general thing, namely, that it was possible to love literature and allow it a degree of authority in a jobbing clinical life that I hadn’t allowed myself to see. It sounds very simple but it’s not. I may come back to this topic in a future post.

…it was possible to love literature and allow it a degree of authority in a jobbing clinical life that I hadn’t allowed myself to see.

Second, thanks to a Strategic Award from the Wellcome Trust, I began a new research project on illness narrative, focusing on contemporary memoirs dealing with illness. It had always seemed to me that the medical humanities had treated illness as an exceptional state of affairs and the ill as human exceptions. What I learned from my immersion in memoirs is that nothing sheds light on the nature of human relatedness like illness. When we become ill, our footing in the world is substantially weakened. Inter-subjectivity has to be fought for. At the same time, the need for inter-subjectivity is greater than ever. Expressions of pain and distress are fundamentally calls for assistance and help. This has been recognised in diverse literatures, for example in philosophical work on subjectivity and pain, and in Robert Spitzer’s original conceptual work on illness for the Diagnostic and Statistical Manual of Mental Disorders (better known as the DSM). What memoirs of illness seemed to contain was an account of why the whole person matters. They were talking about a dynamic system of interacting processes, past and present, for which there is no name.

I now think of the isolation and social suffering of people with major illness as the most important neglected topic I know. It has become my central preoccupation. Derek Bolton and I are writing a book called Shared Life and the Experience of Illness, which describes the problem from the standpoint of phenomenology, infant research, ethnomethodology, neuroscience, social psychology, psychoanalysis, and of course, illness memoir. Operating so far outside the remit of ‘English’, how else could I describe myself than as a medical or health humanist?

One advantage of not thinking of myself as a medical humanist was I didn’t have to give much thought to the question of what they might be able to achieve. I’m still in two minds about whether or not they have a future. Few will agree with me, I suspect, but it may come down to how far humanists are willing to engage with the science surrounding medicine. Here I am referring especially to the disciplines that are transforming our understanding of lived experience and its consequences: epigenetics, epidemiology, neuroscience, biology. But that’s definitely a matter for a future post.

You may also be interested in Book Review: Thinking in Cases.