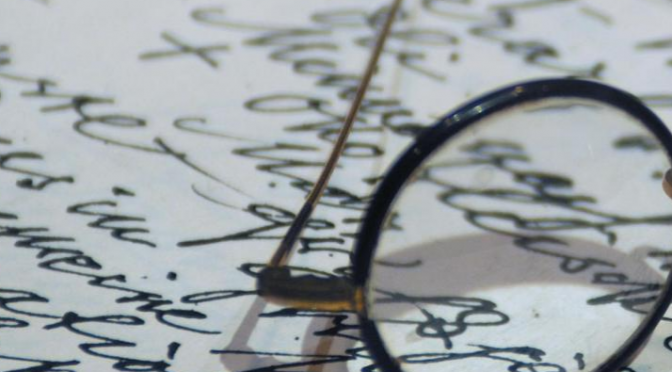 Thinking in Cases is the first of two books to be published posthumously, the second being the monumental Freud in Cambridge (co-authored with Laura Cameron), due out later this year. It comprises six essays written over the last two decades on what he memorably termed ‘case-based reasoning’. Forrester, along with many historians of science, believed that case-based reasoning had embedded itself in a variety of disciplines, in ways that experts were often reluctant to acknowledge. It might be thought that in the era of evidence-based medicine, medical education no longer needs the case. Yet, as Forrester argues in his classic essay, ‘If P, Then What? Thinking in Cases’ (1996), novice practitioners learn their science by absorbing a handful of standard experiments from scientific textbooks. These case studies – for that is what they are – serve not only to make the underlying principles more memorable, they also provide something like a shared professional memory.

Much of Forrester’s thinking on case-based reasoning was informed by his decades-long engagement with the work of Thomas Kuhn, with whom he studied in the early 1970s. The most brilliant essay in the book (‘On Kuhn’s Case’) treats the evolution of Kuhn’s thought as a case study in how the philosophy of science actually works at an individual level. Kuhn, it turns out, came from a family that was steeped in psychoanalysis. His grandmother had analysis in Cincinnati with Alfred Adler, sometime in the 1910s or early 1920s. His mother edited some of Karen Horney’s works. And most important of all, he twice underwent psychoanalysis himself, first (briefly) as a child, and again as an adult, between 1946 and 1948. The end of this second analysis coincided with two great changes in Kuhn’s life. He was admitted into the Society of Fellows at Harvard, which enabled him to abandon his career as a theoretical physicist and to become a historian of science instead. And he embarked on a marriage that lasted 30 years.

At first he was baffled by the great man’s obtuseness. How could someone who had written so penetratingly on so many other subjects have got the laws of the physics so wrong?

Kuhn decided to abandon physics for history when he read Aristotle’s Physics. At first he was baffled by the great man’s obtuseness. How could someone who had written so penetratingly on so many other subjects have got the laws of the physics so wrong? But one day it dawned on him that Aristotle was investing concepts like ‘motion’ with completely different meanings from the Newtonian ones he had learned as a boy, and that, once he had made allowances for this altered usage, Aristotle’s physics not only made sense but was far in advance of its time. This Gestalt shift in his own thinking was the first instance of the famous ‘paradigm shift’, which became the master idea of Kuhn’s book The Structure of Scientific Revolutions (1962).

Forrester leaves us in no doubt that it was the result of analysis. In an interview published in 2000, Kuhn stated that it was while he was in analysis that he learned ‘to climb inside people’s heads’. He recognised that this ability was central to his work as a historian of science and that for this reason he owed psychoanalysis ‘a tremendous debt’, even though he didn’t much enjoy being a patient. The Aristotle epiphany occurred while he was in analysis. Forrester points out that Kuhn’s method was both individualistic and psychologistic.

Kuhn called himself an internalist historian of science because of his overriding preoccupation with the problems his subjects were trying to solve. The historical contexts in which they tried to solve them were a secondary matter. But he was an internalist in the more informal sense that he worked by climbing into other people’s heads. In the same interview Kuhn recalled feeling he could ‘read texts, get inside the heads of the people who wrote them, better than anybody in the world’. These other people were encountered as auxiliary selves – extensions of himself. Forrester quotes several anecdotes Kuhn told about himself in which new selves – famous scientists all – would arise almost in the manner of out-of-body experiences.

The other highlights of the book for me were two pieces on the LA analyst, Robert J. Stoller (1924-99). The first puts forward an extended speculation concerning Stoller’s analysis of a woman on whom he conferred the pseudonym Belle. Belle is the protagonist of one of Stoller’s best books, Sexual Excitement: The Dynamics of Erotic Life (1986). The turning-point in Belle’s analysis occurred when she described a daydream she’d nurtured from childhood in which a figure called The Director instructed her to humiliate herself sexually before a group of adults (and sometimes animals). Stoller was bothered by what he took to be his patient’s seductive behaviour towards him. It was only in retrospect he realised she was pressing him into the role of the Director. (Belle’s mother was a famous Hollywood actress who took up with a number of Directors. The injunction to perform was everywhere in family life.)

Forrester suggests it was from Belle that Stoller drew his controversial theory that sexual excitement ultimately depended on hostility. He suggests that the book detailing her case history, written years after her treatment ended, was an attempt to model a more benign form of watchfulness for her. Stoller consulted Belle over every draft of the book and gave her carte blanche to alter anything she didn’t agree with. It was sobering for them both to discover that they had very different views of what had been valuable in their work together. Forrester suggests that the writing of the book was the decisive part of the treatment, for through it he showed her that he didn’t need to be entertained by her. ‘If he had not published his book,’ he writes, ‘her analysis would have been a failure.’

The second Stoller-related chapter (unpublished until now) is a paper on ‘Agnes’, one of the world’s first male-to-female transsexuals. Agnes’s case was first described in Harold Garfinkel’s Studies in Ethnomethodology (1967), but Garfinkel took Stoller on as a co-author as he was one of Agnes’s psychiatrists. Agnes claimed to have been born intersexed and, starting in the late 1950s, went through an arduous vetting procedure lasting many years in order to obtain surgical gender reassignment. Many years later she told Stoller that from the age of 12 she had in fact taken her mother’s hormone replacement medication, which resulted in her acquiring female secondary sex characteristics.

Garfinkel the sociologist thought that Agnes’s attempts to pass as female shed light on what maleness and femaleness were, as socially-credited qualities summoned up into being every moment of every day.

Garfinkel the sociologist thought that Agnes’s attempts to pass as female shed light on what maleness and femaleness were, as socially-credited qualities summoned up into being every moment of every day. Her deception about her history was just another instance of what she had to do to ‘pass’. Stoller, on the other hand, originated the concept of core gender identity on the basis of his treatment of Agnes. He met Agnes’s mother and discovered that she had regarded herself as male from the age of eight and that she had passed her own ambivalence about her gender identity on to her adored son, whose transformation into a woman she supported wholeheartedly.

Thinking in Cases is an ideal introduction to Forrester’s thought, containing some of his most important papers. He combined a scientist’s delight in devising new methods to understand recondite things with an exceptionally acute sense of the role of contingency in intellectual discovery. These strengths were central to his style of reasoning and, as these pages testify, made him one of a kind. Everyone with an interest in the medical case history and its wider ramifications should read this book.

This book review was originally published in the British Medical Journal Blog series. You can read the original post here.

You may also be interested in Confessions of a Medical Humanist.