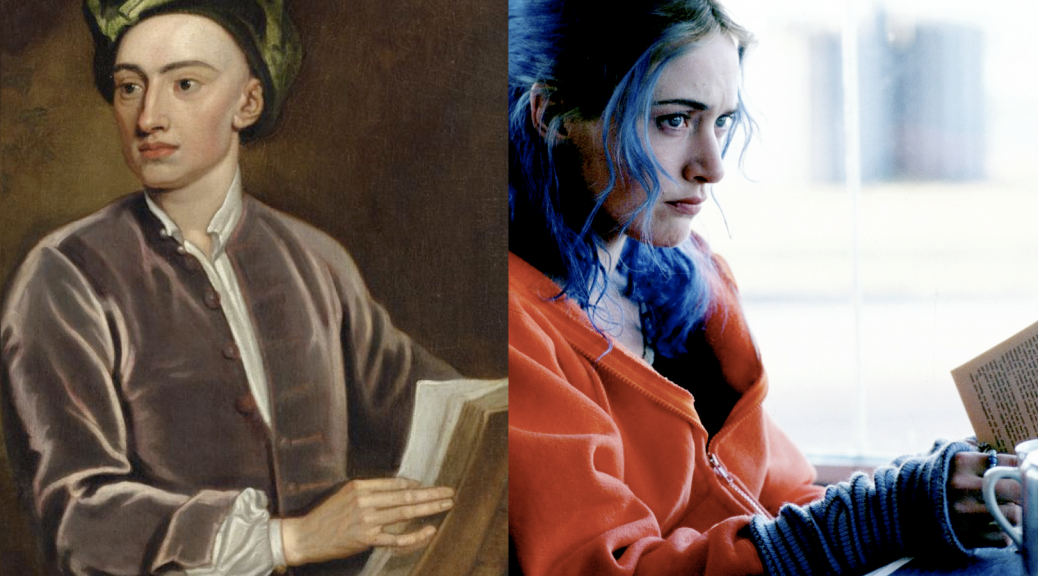 I didn’t think this would prove too controversial. The film takes a line from Pope’s Eloisa to Abelard (1717) as its title, and has one of its characters quote that line as part of a larger extract from the same poem. But the peer reviewer—amiably, it must be said—disagreed. Had I considered the Elvis song, ‘Can’t Help Falling In Love’, with its assertion, cribbed from Pope but attributed to generic “wise men”, that “fools rush in”? Had I watched the 1997 film—a Friends-era Matthew Perry vehicle—that took its title from that same line of poetry (Essay on Criticism, 1711, l.625)? I was sorely tempted to rewrite the whole article at this stage, to turn it into a lengthy dissertation on Pope’s importance for the romantic comedy genre. Hope Springs, anyone? But instead I stuck to my guns, politely insisted on Eternal Sunshine’s pre-eminence, and resubmitted the essay. END_OF_DOCUMENT_TOKEN_TO_BE_REPLACED