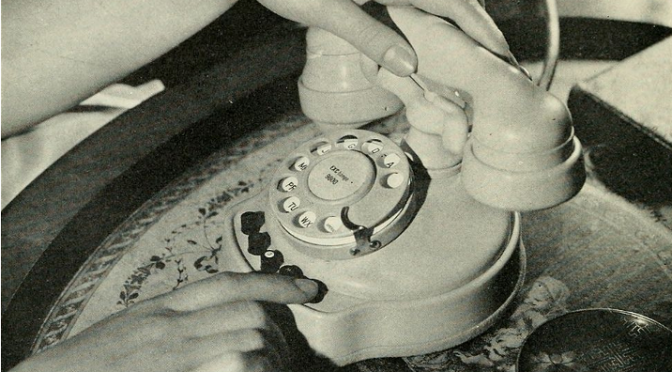 One note held her ears through the hollow thunder of traffic: in shells of buildings the whirr of unanswered telephones. They were insistent
Elizabeth Bowen, To the North

In these ‘unprecedented’ times, I’ve been surprised to discover how much I’ve missed the postgraduate research community at King’s. I miss the distinctly un-academic chatter in our research room, sharing coffee with my supervisor, and the strange charm of the floppy triangles of sandwich, with beige fillings of unidentifiable flavour and lukewarm, headache-inducing wine after conferences. Sandwiches aside, it’s been a period in which we’ve been reflecting on how our institutions can support their students and staff and it’s been a lonely, uncertain, distressing time for many reasons other than the pandemic. But I have also been fortunate enough to participate in some of the changes the research community have had to make in order to stay in contact and find modes of communion with one another, as we become ever more reliant on the medium of telecommunication.

One such development can be seen in the form of the Telepoetics Symposium that was recently held online, organised by Sarah Jackson and Sam Buchan-Watts, and supported by the Arts and Humanities Research Council, Nottingham Trent University, the Science Museum and the BT Archives.  The event had been due to take place at the Science Museum on the 27th May but was moved to a Nearly Carbon Neutral platform – and I’m so glad it was. If you’re unfamiliar with this platform, it essentially enables a conference to take place online, allowing speakers from around the globe to contribute to conversations at a significantly reduced cost to the environment, and in this case, at a time when travel has been restricted. Not only is this a more sustainable format for a conference, but it was a particularly apt medium for a discussion aboutliterature’s relationship to telephony. Personally, it also came to represent a touchstone for my own practice, at a time when finding modes of distant communication has felt a particularly pressing task, yet perhaps one not so easy to reflect on, or communicate about.

My research is focused on modernist women’s writing, sound technology and the politics of aurality – it investigates what listening in to the soundscapes of texts and tapping into the modes of communication they embody can reveal about its characters’ subjectivities and societies. My Telepoetics paper took as its subject Elizabeth Bowen’s To the North (1932), a novel preoccupied with telephony. The telephone is the medium through which the protagonists attempt to organise their lives, but sisters-in-law Emmeline and Cecilia, have distinct user experiences of the telephone, to the extent that these alter the ‘trajectory’ (Trotter, 2013) of their social lives and experience of romantic connections. To the North raises questions about what being ‘good’ at using the telephone enables Cecilia to achieve and what difficulties it poses for Emmeline, investigating the overwhelming role such media plays in their lives; the telephone’s wires drawing connections between characters, building vast and pervasive networks.

This paper forms part of my wider investigation into how such networks skew the power dynamics of the novel, overriding ‘the boundaries that separate one person from another, creating mysterious and uncontrollable relations of dependency’ (Ellmann, 2003).  The telephone, often depicted as an object of desire in cinematic and artistic imagery, seems to function in literature as a disruptive as well as connective force in romantic relationships. In novels such as Bowen’s, the practice of using the telephone informs but also significantly complicates lovers’ narratives of one another – as their call fails to reach the desired person, is picked up by the wrong person, or whirrs unanswered. Bowen’s literary depiction of the telephone and the resulting techno-heartache her protagonists experience stages an exploration of the technological and authorial mediations of romantic communication in the period, that in turn open up questions about these women’s subjectivity, individuality and agency. Lady Waters, a relation of Emmeline and Cecilia’s, describes their present age as ‘decentralized’, and the telephone is but one example the novel provides of the sense of dislocation or reconfiguration of the individual, in response to a network of interconnective engagement.

Each paper in the ‘Scrambled Messages’ panel, which featured contributions by Natalie Ferris, Beatriz Lopez and Nicholas Royle, resonated with the others. All featured female voices, all explored the poetics of mediated connections or transmissions of meaning but also importantly what disconnections, misunderstandings and dislocations can do in terms of effecting trajectories of action, affective encounters and moments of self-reflexivity. The discussions held in the online Q&A message board, running at the bottom of each panel for the duration of the symposium, discussed not only what literature makes of the telephone, but what the telephone makes of literature. Ferris and Lopez, whose work on Christine Brooke-Rose and Muriel Spark draws on their wartime work, discussed the interesting dynamic between these women’s professional and personal use of the telephone, and the kind of crossed wires or technological hauntings of language at play. Discussions therefore turned to how the telephonic raises in literature an awareness of such decoding, deception and mistranslation; and therefore also questions of agency, the kind of groping and scrambling that takes place in order to understand or to master ‘meaning’.

Significantly, the format of the symposium allowed us to listen in, adapt and respond to issues happening in real-time, as opposed to mediating comments that felt ‘off topic’. It meant that we were able to discuss, in the Q&A and in the open video call that marked its end, the impact of the telephonic in the present moment, in particular the ethics of the distress call and the significance of mobile video footage as a form of witness in the recent protests against the systemic police brutality against black people in America (see NPR’s Code Switch for more on this). It’s not nearly enough to just discuss modes of engagement but it does feel essential to reflect on our subjects’ limitations and to invest in more inclusive and sustainable modes of distant communication.

You can listen to all of the papers from the Telepoetics Symposium here.