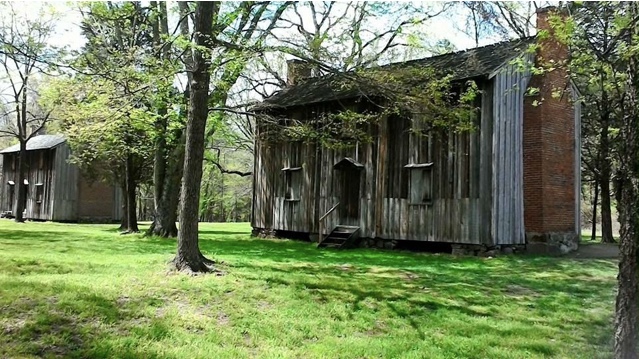 by Amy Murat and Charlotte Taylor-Suppe

In a time of Trump, Brexit and increasing separatist ideology, we three intrepid King’s travellers – Dr Emrys Jones, Charlotte and I -crossed the pond. And not without incident in the shape of an unexpected night stranded in NYC. Somewhat weary and dishevelled, we finally met with our partners from the University of North Carolina in a communal spirit of defiance. Our mission was twofold: firstly to foster collaboration between our two institutions strengthening a long tradition of friendship; secondly, to take part in a wide range of research activities, including a renowned conference run by the British Women Writers Association (BWWA), which UNC were hosting this year.

The conference theme of ‘Generations’ struck me as particularly apt for our trip. Not only did it reflect the historic and continued links between our two universities and nations, but also the sense of boundless generative creativity amongst different peoples across both time and place…

The conference saw a host of different cohorts of researchers coming together from various fields, and this same diversity was reflected in the historic lives of the many women writers under discussion. We heard some wonderful keynotes, including a talk from Andrew Stauffer on flowers and Victorian female reader reception as well as a fascinating joint speech from leading Elizabeth Barrett Browning scholars Marjorie Stone and Beverly Taylor on the “collaborative energies” of women writers.

While Stone and Taylor’s own co-authored scholarship reflects the collective works of women across the nineteenth century, Stauffer’s research is also playing out in real time with his participatory project http://booktraces.org . Here, we are all encouraged to add our own examples of Victorian literary treasures, which bear the marks of their original readers. As books which we might have once ordinarily discovered in libraries, they are now increasingly endangered in the face of digitisation and the downsizing of physical library collections.

The striking, tangible sense of history and solidarity which we met with at UNC was symbolically emblazoned around our necks – in the form of our conference lanyards. Colour coded according to each individual’s year of attendance (as newcomers we were branded ‘green’), we were regaled with stories by attendees about their 25 years at BWWA.

Apart from the glamour of the American university system (I admit I relished the Gatsby-esque cocktails and al fresco dinner parties on the very green and manicured lawns of the beautiful campus), there was a real sense of diversity and inclusion amongst the research communities present. I particularly admired the closeness and ease with which students and staff mixed within the English department at UNC, as well as the congeniality between UNC and its neighbour Duke University. Despite being two rival members of what is dubbed North Carolina’s ‘Research Triangle’, students from both UNC and Duke are able to share facilities – even taking modules across both institutions –  making the two universities appear as almost one.

On a trip to Duke’s special collections, I was able to get my hands on a number of beautiful Barrett Browning items and we all cooed over Virginia Woolf’s famous standing writing desk – painted beautifully but also shamefully cut down to size by her nephew, Quentin Bell.

Being interested in collaboration within artistic circles, I was struck by the many hands at work on this desk – incidentally adding my own, reverently (and secretly!) tracing the same contours touched by Woolf and Bell…

Literary fandom aside, this was truly a trip of a life-time. The visit taught me that now, more than ever, the work of many hands – in the shape of cross-fertilisation and collaboration – is needed within academia. Currently setting up a KCL-UNC research blog and transatlantic reading group (which we hope the rest of the King’s community will join), we may not change the world or its politics, but it may, just inch by inch, turn the tide.

It seems a bit unfair to record my expectations of our trip to the Chapel Hill University of North Carolina after the trip has finished.  With hindsight I recall that I expected a certain amount of southern hospitality, although I could not have prepared for how warmly our hosts welcomed us.  I also anticipated that we would enjoy some spectacular food, and it would be easy to fill this post with pictures of doughnuts, biscuits (a savory scone often found bathed in sausage and cream gravy), southern barbeque, Mexican food, enormous burgers, and outstanding coffee.

Having some personal interest in American affairs in the form of a Californian husband, I also hoped to learn about some of the cultural problems that beset Southern USA: racism, poverty and educational and political divides that seem almost heritable.  Common social issues that appear starker here perhaps because the cold facts of slavery juxtapose so utterly with the age-old illusion of the American dream.

Anticipating our curiosity in their cultural heritage, our hosts accompanied us to the Stagville Plantation, which, at its nadir, made up part of a 30,000 acre farmstead with nearly 900 slaves. Although a single plantation visit could never explain the complex history of the South, it felt important to witness something of those lives which are predominantly lost to history.

A loss amplified when considering how the slaves’ origin stories, the countries and cultures they themselves came from, became lost as they were moved and sold.  The magnitude of this loss is difficult to comprehend: a broken past that American society struggles with daily…

From the fingerprints in the bricks of a plantation to the beautiful communal areas of the university itself, our hosts gave us insight into the difficulty of race relations in North Carolina (a state where confederate bumper stickers are an uncomfortable reality).  On the northern edge of campus we saw the looming statue of a confederate soldier, an alarming vision given the recent marches at the University of Virginia.

Behind this is a shockingly small sculpture – a gift from the 2002 graduating class – that commemorates the “People Of Color Bound And Free Who Helped Build The Carolina That We Cherish Today”.  The Unsung Founders Memorial comprises 300 bronze figures of faceless men and women who hold up a marble slab tabletop.  The size, location and the utilitarian aspect of this memorial has caused controversy (see here and here) which Timothy McMillan, of UNC’s Department of African and Afro-American Studies, has written and spoken about compellingly.  Together, the statues illuminate the impossible world of local race relations where even the best of intentions become mired in controversy.

I visited UNC with only a rudimentary knowledge of the South, and to pretend that our time there gave anything approaching complete insight into the issues facing a wounded and deeply divided corner of the world would be wrong.  How a modern educational institution emerges from a dark period of history I certainly couldn’t say.  But, without our hosts’ generous and genuine interest in these issues, I perhaps wouldn’t even have begun to understand how to frame the question and for this, among so many other things, I remain incredibly grateful.

In June 2017, Emrys Jones accompanied two PhD students, Amy Murat and Charlotte Taylor-Suppe, to North Carolina, where they took part in collaborative workshops with King’s UNC partners and also presented at the annual conference of the British Women Writers Association. This blog post reflects on their time at UNC.

On Teaching (and Learning)