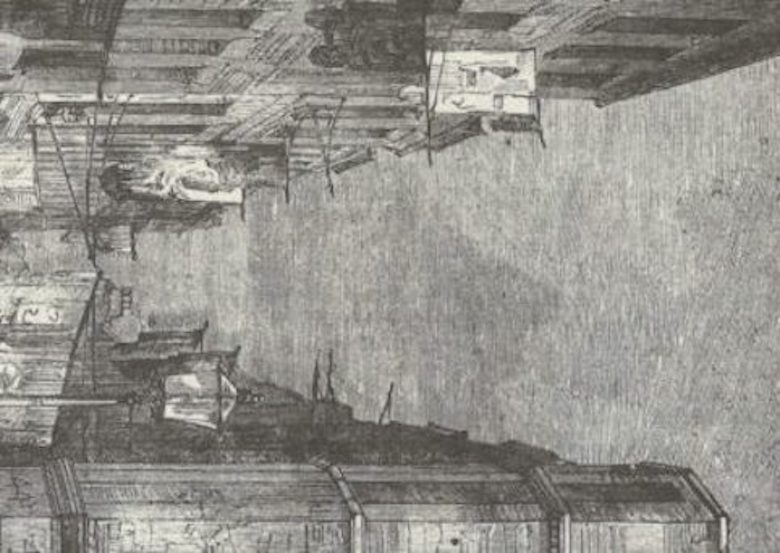 By Declan Ryan, Visiting Lecturer in Poetry and Creative Writing

The idea for setting up the website which became wildcourt.co.uk was knocking around almost as soon as I came to teach at King’s in 2014.

I had previously run a reading series called Days of Roses out of which two anthologies and a supporting blog had developed. The hope was to bring Days of Roses in a new form into King’s, then develop it into a more international, wide-ranging magazine and, in time, imprint.

Ruth Padel and I discussed creating a new, King’s based poetry journal which might draw influence from US magazines we both admire enormously such as Poetry, The Kenyon Review and the like, but which also made sense here. This ambition would have remained an uptown version of fantasy football until a generous cash injection arrived from the Principal’s Fund.

The name Wild Court was suggested by our Head of Department, Richard Kirkland, who told us that the alleyway which these days sits next to a branch of Belgo was once an Irish Rookery with a history of literary activity and the trappings of great poverty, a combination which summed up poetry as neatly as any we had heard. He gave us an etching of Wild Court which appeared in his inaugural lecture on Irish Literary London, as it was in those heady days, when no police would dare venture in – the name and the image were formative touchstones in designing the site itself, with our illustrator Sophia Jones using the style of this print as a basis for her work. The Wild Court website has several different functions, with a few more still to come. We have been publishing supporting work around the readers at the Poetry And… series which highlights poetry’s connectivity and takes place each term in the reverent opulence of the King’s Chapel. Ultimately, we aim to add audio and video content from the series to build up a Poetry And archive, to document the always engaging and thought-provoking discussions generated when poets read with writers and thinkers from milieus as varied as neuroscience, film or cartography.

Apart from the Poetry And…series, Wild Court is publishing writing on poetry by a varied set of contributors, with essays so far ranging from a piece on the viscera of Ariana Reines’s The Cow to a Winnicott-inspired take on Elizabeth Bishop. The hope is to provide a place where writing on poetry can have space to breathe, with essays driven by the contributors’ idiosyncratic and passionately held enthusiasms for writing which isn’t necessarily contemporary, or canonical, but which merits close, opinionated attention. A ‘New Work’ section is the latest addition to the site, publishing original poems from some of the most exciting and interesting poets currently writing.

On May 5th, we will add an ‘Imitations’ section, with versions and translations from modern languages, Old English and other interpretative work. Some of this will be specially commissioned but some will be drawn from the work produced at King’s by students who are making versions and imitations in a number of their courses. The duty of choosing which student versions sit alongside the work of internationally renowned poets will fall to our advisory board, drawn from both the King’s Humanities faculty and the international world of poetry and publishing. We hope to have the first student contributions on the site after exam season is over.

Wild Court is still a work in progress. We’re enormously proud of the work which we’ve published so far on the site, and hope that in the months to come it will grow into both a resource for students looking for an introduction to the richness and oddity of the poetry world, for inspiring examples of different kinds of writing about poetry as well as new poems themselves – and a place where extended writing about poetry can find a home unflustered by page count constrictions or publication deadlines.

Declan Ryan is a Visiting Lecturer teaching poetry and creative writing in the Department of English at King’s College London.

Following the Poetry And… series on the Wild Court website. Read about the series in a Guardian article ‘Only Connect – poetry’s hidden power to break down barriers‘, from King’s Poetry Fellow Ruth Padel.