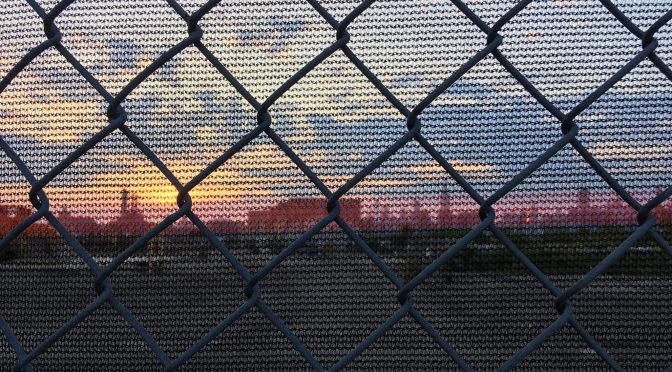 From books banned in Boston to films cut in Maryland: in the summer of 2019 PhD candidate Katie Arthur visited five archives in four US states to grapple with questions of queerness and obscenity in the censorship cases of author William S. Burroughs and filmmaker John Waters. In my PhD application I had wildly gestured to William S. Burroughs’ personal collection at the New York Public Library. It seemed smart to include an archive, but the inclusion was largely one of optimistic ambition. What began as wishful thinking – a hopeful stab in the dark that the answer to my PhD might reveal itself to me in the confines of the Berg Collection reading room – soon became the central premise of my doctoral project. What was it that the censors hated about Burroughs’ Naked Lunch? Which bits of Waters’ Pink Flamingos truly offended the tastes of the longest running film censor board in the United States? How did the legal vocabulary of obscenity translate into contemporaneous understandings of the pairs’ work and notoriety? And, perhaps most importantly, how did Burroughs and Waters negotiate obscenity law while creating works’ deliberately intended to provoke and undermine it?

With generous support from LAHP’s Study Visit and Conference Fund, as well as a Small Research Grant from the Faculty of Arts & Humanities at King’s, my trip delved into the depths of court testimony, contemporaneous reviews, personal correspondence, and the ever-mysterious reviewing process of state censor boards.

What on earth is microfiche?

After staggering through the Boston subway, I soon found myself confronted by the rather imposing silhouette of the John Adams Courthouse. I began my five-week research marathon in the Boston Social Law Library and their neighbour the MA Supreme Court Archives. The archives housed the documents surrounding the state obscenity case against Naked Lunch between the books’ initial publication in the USA in 1959 and its eventual protection under the First Amendment by the MA Supreme Court in 1966. An overwhelming sense that I didn’t know what I was doing was quickly displaced by the giddy excitement of sitting down at the microfiche machine to scroll through the trial docket like an old school detective. That elated feeling would become a habit I wouldn’t kick for the duration of my trip. If you can’t get a buzz rifling through Burroughs’ court documents and John Waters’ fan mail, then what can you do?

My supervisor had cannily advised me to record everything, so I combined written notes with photos where I was allowed; however, I quickly realised I could trust my instincts. I let the material guide my questions but found I had a better sense of what was important than I’d first anticipated. The inclusion of separate case notes in the Naked Lunch documents proved a worthy digression, for instance. The courts’ reflections on the legal definitions of obscenity helped ground and contextualise my research.

The conscious artificer of his own archive Moving to Middletown, CT, I got to rummage through the personal collection of John Waters at the Reid Cinema Archive at Wesleyan. A fastidious keeper of his own archive, Waters’ collection was neat and orderly. It is an incredible help when the person you are researching has done half of the work for you. Waters had seemingly collected every mention of his work from the nations newspapers and each film had several detailed notepads with precise handwritten scripts.

The fan correspondence for the Pope of Trash did not disappoint, including anonymously supplied reports from psychiatric wards, gushing letters written on Sani-Bags, and a scribbled thank you from Kenneth Anger on his own gothic-headed paper.

Next up was the William S. Burroughs collection in the New York Public Library, NY. Examining letters between Burroughs and his editors Alan Ginsberg and Irving Rosenthal allowed me to explore how they navigated potential and on-going obscenity proceedings. The value of obscenity was not lost on them, with the pair separately urging Burroughs to wait to publish unexpurgated. In regards to the American Civil Liberties Union considering the case for Naked Lunch, Rosenthal wrote to Burroughs that:

‘I myself would be disappointed if they said they would back the novel, terrified; it would mean that anything goes in America, and that you would have to devise a whole new kind of obscenity. Naked Lunch ought to be sold under the counter, ultimately anyway —–if for no other reason than America doesn’t deserve to have it openly.’

A well-kept series of cuttings from the Times Literary Supplement revealed the ‘Ugh affair’. British publisher John Calder responded to a dismissive review of Burroughs from the paper unleashing a prominent back and forth across several weeks discussing the merits of free speech. Unlike Waters’ meticulous preservation of his work, however, Burroughs’ handwriting was barely legible. After several attempts at decoding the illusive scrawl, I soon realised my time was better spent on the work I could actually read. Unfortunately, Burroughs’ mistake ridden typewriter stutter didn’t always prove more comprehensible. The indecipherable print certainly gave force to Ginsberg and Rosenthal’s attempts to beseech Burroughs to properly edit his work…

Not obscene as the courts would define it

Rounding out my trip was a stop in Annapolis, MD, to check in on the Maryland State Archives. Waters once sardonically described one of the lead board members of the Maryland State Board of Censors, Mary Avara, as his ‘best press agent’. Indeed, the free press coverage generated by obscenity cases was not lost on the Board. Correspondence with the Attorney General for Maryland reveals that the censors dropped their case against Waters’ 1977 Desperate Living after being warned that not only would they lose, but the loss would win Waters’ film immense publicity.

The Board’s notes on Waters’ films reveal the moments that warranted an X rating. More than this, however, the archive revealed the Board’s dwindling remit as definitions of obscenity narrowed to the pornographic. The once comprehensive Maryland Code Article’s 66A, B, C, and D included material that tended to ‘debase or corrupt morals’ or ‘incite crime’ under the definition of obscenity. After the 1973 Supreme Court case Miller v California, however, the articles were found unconstitutional. It was not long until the Board finally followed in the footsteps of its neighbours and disbanded in 1981, ending the era of US state censorship boards for film.

The archival research laid the groundwork for my PhD, helping me structure the project and formulate my ideas. More than that, though, it reminded me of the dizzy joy that comes from feeling like you’re discovering something new and important, and reconnected me to the two artists that made me want to write 80,000 words in the first place.

Katie Arthur is a student in the English Department at King’s. She would like to thank both the LAHP Study Visit Fund and the King’s Arts & Humanities Small Research Grant for their generous support of her research. She would also like to thank the Boston Social Law Library, MA Supreme Court Archives, Wesleyan Cinema Archives, New York Public Library Berg Collection, and Maryland State Archives for their help patience, and kindness.