This article has been divided in two parts. Part 1 discusses the bakground and reasoning behind the initiative, as well as how the actual proccess was carried out. Part 2 discusses the lessons learned and the conclusions drawn from carrying out such a project.

Live streams of video games have become one of the world’s most popular forms of entertainment media. Streaming (as it is commonly known as) now accounts for a significant amount of international internet usage. Twitch.tv (one of the most popular live streaming services) accounted for 3.11% of all internet traffic in Europe, the Middle East and Africa, (the 7th highest for overall traffic) in 2018. Importantly, the vast majority of streaming services are community-driven with everyone capable of being a streamer or viewer.

The video games streaming format has a number of advantages for student engagement initiatives. Firstly, a large number of students are already visiting games stream venues as entertainment. By running initiatives on a live stream service we take activities to a platform that the students are likely already visiting, rather than directing them to a service they wouldn’t otherwise use. Secondly, video games are inherently entertaining, the format keeps students engaged even during breaks in interaction. We have been experimenting using a video games live stream to open up a new channel of communication between staff and students. We have found that the format supports informal dialogue between the broadcasting team, and their audience and have created this guide to support other educators who may wish to experiment with the format.

Universities are complex, full of processes, policies and structures which can be confusing. Staff rarely fully understand the complete activities of the institution, and students much less so. As engaged and transparent as you can be, there is always something hidden behind a curtain, or obfuscated due to perspective. This complexity can impact a student’s sense of belonging, and their comprehension of in the learning community. It is hard to feel like a colleague when the organization is this complex. 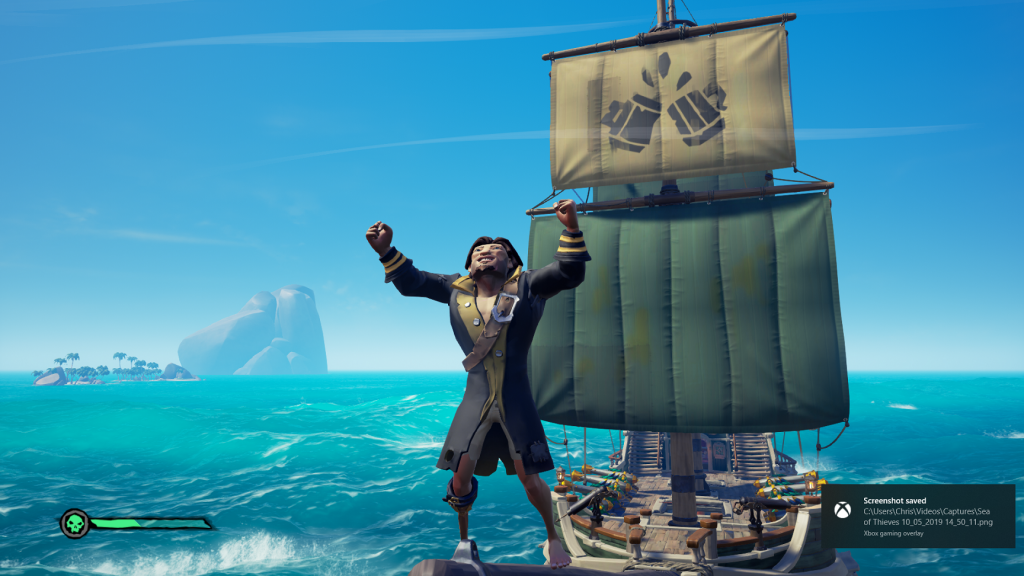 When we decided to revalidate our degrees, we made significant efforts to inform our students and be transparent about the process. Information was disseminated through our usual channels including email and our student reps. But despite this, many students still haden’t understood what we were doing. Others had questions about the process, and what it meant for their degrees. They needed to ask questions, however, when given the opportunity of an open forum, very few took the opportunity.

After some discussion with our cohort, we decided to run an informal question and answer session. During this event, the floor would be open for the students to ask any question they may have about their programme, school, or the institution. The students responded positively to this idea but asked if it was possible to run it digitally. Several individuals noted that they felt more confident writing questions than asking them. Furthermore, it would allow them to engage from anywhere, making the activity more flexible.

After some discussion (and taking advice from our student body) we decided to do our first session on Twitch. Twitch is a video broadcasting platform primarily used by the gaming community. Broadcasters play video games live, while interacting with their audience. Broadcasts are designed so that the audience sees the game being played with a live stream of the broadcaster presented in a window. 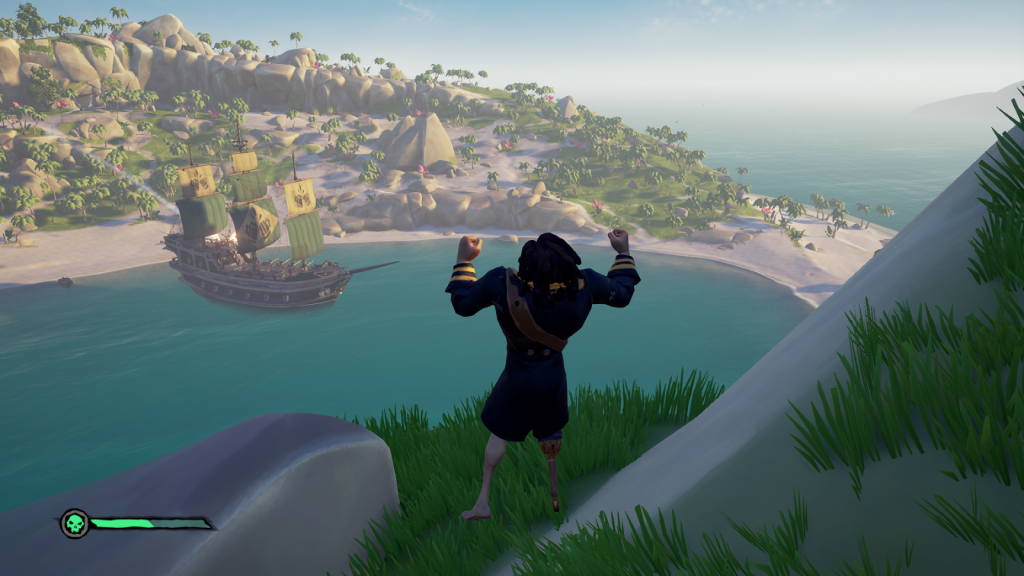 The Twitch format had a number of advantages. Firstly, the majority of our students already had accounts on the service, as this is a common entertainment venue for them. By taking the activity to twitch, we were teaching them where they were, improving the possibility of engagement, rather than directing them to a platform they wouldn’t otherwise use. As they already had accounts, it was easy for them to subscribe to the channel, enabling notifications when we went live. Secondly, students without an account were still able to access the stream, as it is publically broadcast. Thirdly, the software allows us to not only broadcast live, but also to record the session, meaning that students unable to watch could catch up in their own time.  Finally, the format of Twitch channels was appealing. Video games are engaging to watch, and the entertainment value of the gameplay held the possibility of maintaining engagement between questions. It also created an informal atmosphere around the engagement, we were inviting students to come and engage with us having fun, playing video games as colleagues.

Our first session was advertised as an AMA, meaning the students were invited to watch our broadcast and ask us anything they wanted to know.

The AMA (Ask Me Anything) Format

AMA (short for “Ask Me Anything”) is an acronym used on various social media platforms for a question-and-answer style interactive interview. The format was made popular on the Reddit platform, specifically the /r/IAmA subreddit, which has 18.6 million users as of December the 28th 2018.

In the AMA format, many users are able to ask questions of a single individual, or collective (such as a band). The AMA is instigated by the interviewee; they post who they are, and prompt users to ask them questions about any topic. The platforms comment structure is then used for questions to be posted, and answers to be delivered.

We adapted this basic format for use on Twitch. In our AMA structure the interviewee was the collective made up of the broadcaster and the players, and the audience were able to ask questions using the built in comment system. We also encouraged users to ask questions that focus on topics related to the Games Computing programme, but we didn’t specifically discourage them from asking other questions, the purpose being to keep the format informal and conversational. The audience members have a level of anonymity based on the nom de plume quality of their individual usernames. This has the benefit of allowing users to ask questions that they may feel embarrassed to ask in-person, but anonymity can also be abused, for this reason two non-players acted as moderators, and monitored the chat for non-constructive discourse. 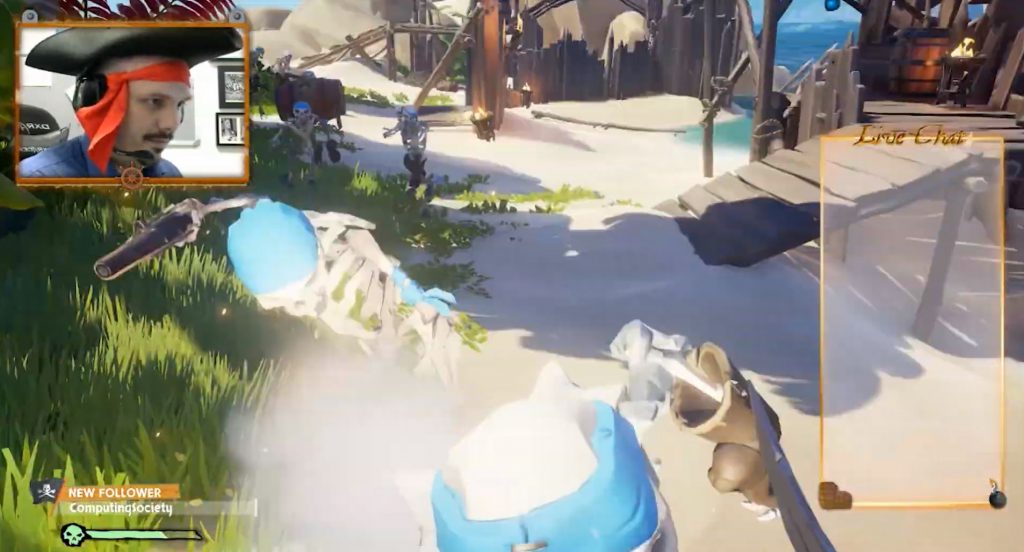 Our first stream was watched by around half our undergraduate cohort. Because we were conscious that the timing may not suit all students (and we ran this as an optional engagement) we encouraged students who were unable to attend to email any questions they may have so we could answer them live. These students could then watch the recording of the broadcast in their own time.

We played the game for around 3 hours, during this time we were asked 218 questions. These questions were much more diverse than we expected, ranging from students asking about how to improve their learning strategy, to other students asking how the management structure of the university is organized. Interestingly, the students were hesitant at first, but as the session developed we were asked more and more questions. Beyond the benefit of clearing up any confusion that the students may have had, we got the added benefit of getting an insight into the thoughts and concerns of our cohort. The format of the stream being so relaxed and casual that it invited open discussion. Furthermore, the video game was entertaining to watch, so we maintained engagement even when there was a drop in questions. 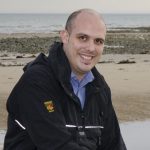 Chris Headleand is a Senior Lecturer in the school of Computer Science, and the Programme Leader for the Games Computing degree programme in the University of Lincoln. He is also attached to the IntLab/HCI research group and his research interests include Virtual Reality, Artificial Inteligence, and Ethics, specifically related to gaming applications.