The majority of modules in King’s College use the 30/60 credit split. This structure was introduced over 15 years ago for undergraduate modules to replace the “course unit” model. However not all postgraduate modules were also moved to this new structure, meaning there were different credit values assigned to different modules at PG level.

King’s decided to proceed with the credit harmonisation process to bring the credit structure of all modules in sync. Modules which were worth 20/40 credits would be moved to the existing 30/60 model as part of this project.

Students who deferred a year or were studying part-time would need to remain on the old credit structure until they completed their degrees, so two versions of the module would need to run concurrently. This was piloted in the Faculty of Social Science and Public Policy in the academic year of 2021/2022.

SSPP (Faculty of Social Science and Public Policy) started to action this in the spring of 2020, so that all programme changes could be approved by the VP Education to go into 21/22 CMA information sheets.

The main process started in February 2021 (see appendix of timeline) and the new module codes were approved and allocated in the following pattern: fifth character changed to N for new. e.g. 7SSPP123 becomes 7SSPN123; 7SSWM005 becomes 7SSWN005; 7SSG5026 becomes 7SSGN026. The cloned versions of the modules were generated and sent to Registry for the creation of provisional module diet templates.

Work on the project spanned several groups and departments including the SSPP Quality Assurance (QA) team, Timetabling, Registry, IT, CTEL, Library, and Professional Services and academic colleagues. It was important to figure out which teams were needed at which points of the process, and to give them plenty of notice about how this process would be different to previous years.

After discussions between CTEL, IT, SSPP TEL and the QA team, it was decided that the original old versions would remain blank, and all content would be rolled over to the new N-code module. Students enrolled on the old modules would be meta linked to the new N-code modules. This was to keep all students in the one place and eliminate the need for academics to work on two Keats pages at the same time.

After discussions between the Library and SSPP TEL, it was agreed that it would be best to continue to use existing MRLs, and TEL staff would manually update the links on Keats through the MRL LTI. This was to minimise the amount of work placed on academic colleagues, as this took place during the COVID 19 pandemic this would be yet another thing to be completed. Academics were advised that TEL are working with the library to determine the best way to connect reading lists to modules going through credit harmonisation, and to update their reading lists as normal. Library colleagues advised when the MRLs would go live for 21/22, and the TEL team updated the links. This was a big task, and other members of the Education Team in SSPP were asked to help. We agreed that next year we would ask academics to edit the names of their reading lists to the new N-code, so that the MRL LTI would pick them up automatically and TEL will not need to do it.

Each year (over the summer) new courses are created and content copied over from the previous academic year to the next; this is what is classed as the KEATS rollover. The additional consideration this year was that there were an extra 350 modules in SSPP that had been created as part of the credit harmonisation process. It is important to advise whoever you work with during the rollover well in advance of how they should deal with the process so they can be fully prepared. An example of how SSPP did this can be found here (SSPP Rollover process appendix).

After rollover there are now two versions of the module on Keats, one live and one hidden. The N (new) students will feed in as standard from SITS; the old code (continuing) students will feed in via a meta-link. The students should be divided into groups based on which module code they are enrolled on. For Keats activities which were specific to one group of students, we advised using the restrict function to hide them from the other group.

Not every module will have both incoming and continuing students, and numbers won’t be confirmed until module selection has taken place at the start of term. We advised PS staff to please not manually enroll missing students onto the module.

The start of term:

Credit harmonisation also caused issues with the Lecture Capture system and live streaming as recordings were being split between both modules e.g. some recordings appearing on original modules, some on the N-code modules. The team needed to speak to IT about merging these. This led to a lot of confusion for staff who thought some sessions had not been recorded or lost. It also took up a considerable amount of time for the TEL team as they needed to go through all modules looking for instances of split recording. This also occurred in SEM2, but there were less instances.

Ensure all relevant people know about credit harmonisation, as after rollover a large chunk of new modules were not included in the web data collection, and these needed to be added by IT after rollover when we noticed they were missing. Comms are extremely important to all people, and it would be good to set up a credit harmonisation team or network to disseminate information to all levels of the Faculty. 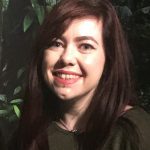 I am the Technology Enhanced Learning Manager for the Faculty of Social Science and Public Policy (SSPP) at King’s College London. I am responsible for a wide range for TEL processes within the Faculty including instructional design, accessibility, training, innovation and content development.

I have a background in publishing and eLearning, and I am passionate about using technology to improve the learning experience and make it more accessible to all. I’m interested in developing new content and ways of working, scaling projects, and making online learning an enjoyable process.

View all posts by Georgios Aretakis