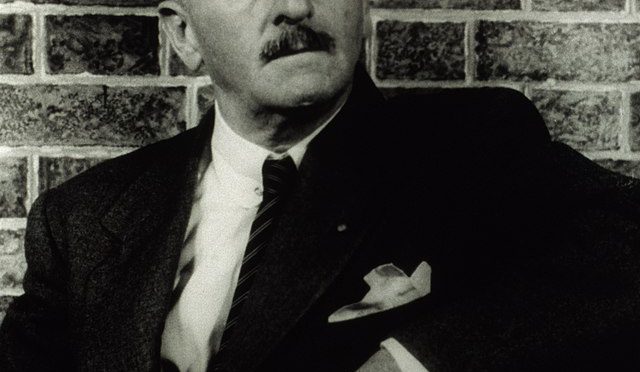 In F. Scott Fitzgerald’s The Great Gatsby, James Gatz, “a penniless young man without a past,” finds himself in the house of his love Daisy Fay “by a colossal accident.” The Great Gatsby has been one of my favourite books since high school. In 2012, as a second-year English with Film Studies undergraduate at King’s College London, I took the module “Twentieth Century American Fiction, 1900-1945: Realisms and Modernisms” for the sole purpose of rereading and studying Fitzgerald’s masterwork at university level. I am ashamed to admit that I did not have much of an interest in American literature at that point; aside from Fitzgerald, my literary infatuations at the time were early modern drama and European modernism. However, on that same American fiction module, I discovered the work of William Faulkner, and specifically his 1929 novel The Sound and the Fury, “a colossal accident” which was to change the course of my professional and personal life.

I had never read (nor even heard of) Faulkner before encountering The Sound and the Fury. When I read the novel for the first time, however, I felt a wave of profound confusion, instant admiration, and love for what I can only describe as a strange, beautiful, and miraculous work of art. The Great Gatsby, frankly, paled in comparison, and Fitzgerald quickly faded into obscurity for me. During the rest of the Spring 2012 semester, I devoted my spare reading time to Faulkner, devouring As I Lay Dying, These Thirteen, and Absalom, Absalom! in quick succession.

I wrote two term papers on Faulkner by the time I graduated, and in 2013 I moved to the neighbouring University College London where I wrote a naïve thesis on the interrelation between French feminist theory and his work. In 2015, I moved to Royal Holloway and completed my doctorate on mortality in Faulkner’s fiction, graduating in July 2019. My first monograph, William Faulkner and Mortality: A Fine Dead Sound, was published by Routledge last summer, and I am currently the Associate Editor of The Faulkner Journal.

While I have been fortunate to gain many friends, acquaintances, and mentors within academia and the Faulkner community in the intervening decade since my studies, my first discovery of his work at King’s was foundational to my early development as a Faulknerian. I am particularly indebted to the staff at King’s Department of English for the matchless education in American letters that I gained while studying there, more than I can ever quantify or even hope to repay. Looking back over my experiences studying Faulkner as an undergraduate, and later teaching him to first- and second-years as an early career scholar, I find that a few basic truths emerge. First, Faulkner occupies a marginal presence in British higher education. His works are often read in contradistinction to the more fashionable writing of, for instance, Ernest Hemingway or J. D. Salinger.

Second, Faulkner is rarely, if ever, taught alongside European modernists at British universities. His work was not on any of the modernist literature courses I took as either an under- or postgraduate (although, to the utmost credit of King’s English department, I notice that this year As I Lay Dying appears on the module “The Shocks of the New: Modernist Poetry and Prose,” where Faulkner is now aptly positioned alongside James, Proust, Ford, Lawrence, Eliot, Joyce, Woolf, and Beckett).

Third, when attention is paid to Faulkner’s work in U. K. universities, oftentimes only his canonical works like The Sound and the Fury or As I Lay Dying are considered, while ‘A Rose for Emily’ and Absalom, Absalom! are occasionally called upon as paradigmatic examples of Southern Gothic. Indeed, Faulkner is often relegated as being one of the major players of the Southern Gothic school, a literary subgenre that has long appealed to British undergraduates given the enduring popularity of writers like Tennessee Williams and Toni Morrison. First edition of The Sound and the Fury, published in New York by Jonathan Cape and Harrison Smith (image credit: anon, Wikimedia Commons)

I wish to close this blog post with a brief account of the humble efforts that I, as a young British Faulknerian, have made to ensure that Faulkner’s standing among Americanist scholars in the UK might one day finally be fully rehabilitated. In 2017 I founded the Faulkner Studies in the UK Research Network (@Faulkner_UK on Twitter) in collaboration with the Department of English at Royal Holloway, the British Association for American Studies (BAAS), and the United States Embassy in London. My reasons for doing so were because, while Faulkner is among the most widely taught and read authors in the United States, there was no scholarly network dedicated to him in the United Kingdom prior to 2017.

The Network was founded to fill that gap and to offer a transatlantic alternative to the two major academic conferences devoted to him in the United States – the annual Faulkner and Yoknapatawpha Conference held at the University of Mississippi, and the biannual Faulkner and… conferences held by the Center for Faulkner Studies at Southeast Missouri State University. At the time of writing this, the Network has held five academic conferences, with contributions from scholars across the United Kingdom, Europe, Asia, and the United States. The efforts of the Network, and the small but formidable audience we have attracted, suggests to me that there is definite interest in Faulkner within the United Kingdom (after all, I discovered his work while studying at one of the best English departments in Britain).

There is an important need to increase Faulkner’s visibility and stature across the pond, but these efforts need to be proactively sustained and developed in the years to come. The principal issue in my situation as an early career academic – and, indeed, for early career academics around the world, especially given the impact of the ongoing COVID-19 pandemic upon higher education globally – is that the perpetually unstable academic job market, coupled with intense economic precarity, makes my own, long-term presence in the “Faulkner industry” uncertain. However, in true Faulknerian style, I will try to put my fears aside and ‘endure.’

Ahmed Honeini is a proud King’s alumnus (English with Film Studies BA, class of 2013) and an Honorary Research Associate in American Literature at Royal Holloway, University of London. He is the author of William Faulkner and Mortality: A Fine Dead Sound (Routledge, 2021), the Associate Editor of The Faulkner Journal, and the founder of Faulkner Studies in the UK. His forthcoming publications include essays on the history of European Faulkner Studies, Vladimir Nabokov, and Cormac McCarthy.