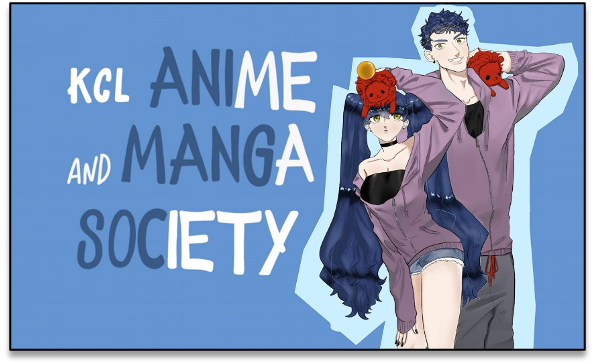 This post is part of The LION Series from the Freshers’ Magazine Takeover. Each post this week features a snippet from an article in The LION Magazine 2020/21 Issue 1.

The LION magazine is written by third-year King’s students, all of whom have recently completed their BA English degrees.

The magazine helps first-year students in the English Department transition into university life.

Today’s article is by Numa, a final-year English BA student at King’s College London who is hoping for a career in marketing.

For many people, joining clubs and societies is one of the most exciting parts of university, and where they end up having some of the most fun. I think joining a society is important, not only because it gives you a break from studying and the academic side of university, but also because of the massive social impact it can have. Joining a group of people with similar interests and ambitions as you is an amazing way to feel part of a real community, make friends, and in general make settling into a new environment (for some people, a new country entirely) easier and a lot less scary. King’s has over 100 societies ranging from cultural societies, e.g. a society for each country like KCL PakSoc, to career-based societies like the Marketing, Advertising and PR Society. There are also a lot of sports clubs, such as netball, volleyball and rowing (KCL Boat Club). During my three years at King’s, I was an active member of Anime Society, Japan Society and went to the occasional Korean Hallyu Society event (for all my fellow kpop fans out there)

Unfortunately, due to Covid-19 and things looking to be online for at least the first semester of this academic year, it’s probably going to be very difficult, if not impossible, for societies to hold in-person, often large, events as they normally do. I reached out to some societies to ask about how they plan on dealing with this change and have included some of their responses in this article. I will also share my experience of Anime Society moving from in-person to online for the last few months of the 2019/20 academic year.

The summer before I was due to start at King’s, I spent some time on the KCLSU website looking through all the available societies and knew immediately I’d want to join Anime Society and Japan Society, as I’ve always loved anime. Joining these societies led to my being more interested in Japanese culture as a whole. From there I joined their Facebook groups and this is what I’d like to stress during this time of university going online: while in person meetups are unlikely, joining a society’s Facebook group and following their other social media is a great way to connect and communicate with other people who share those interests, as well as stay updated on the society’s activities. The KCLSU societies page lists every available group, as well as links to a society’s social media.

As I mentioned above, I’ve been a part of Anime Society for three years. The bulk of the society was weekly anime screenings held at King’s on Strand Campus, with special events taking place throughout the year such as a society trip to Comicon, maid cafes, game events and collaborations with other societies. However, with Covid-19 disrupting the last few months of this academic year and halting the organisation and holding of in-person events, Anime Society decided to turn to Discord to continue their activities as best they could. Discord is a messaging app which is prized by its members particularly for its voice calling and streaming functions. It allows one person to stream a show on their laptop and anyone in that server (Anime Society has its own server) can join the stream and voice call to watch with them. This is the main way Anime Soc continued its weekly events, with the President screening weekly episodes of the anime we had been watching throughout the semester. Not only this, but people in the society would also stream games that people could join in via voice call on Discord.

Blog posts on King’s English represent the views of the individual authors and neither those of the English Department, the LION Magazine and its editor, nor of King’s College London.

You may also like to read other articles from the LION series: