Ada Lovelace Day is an international celebration acknowledging the achievements of women in STEM (science, technology, engineering, and maths) all around the world. The event aims to encourage women and girls to pursue careers in STEM. Ada Lovelace, daughter of Lord Byron, was an English mathematician and writer.

Lovelace was fascinated with mechanisms and designed aircraft such as steam flying machines. Fearing that Ada would inherit her father’s poetic nature, her mother gave Ada an environment of logic, mathematics, and science. In 1883, Ada, alongside Charles Babbage, developed The Analytical Machine, a device which can be seen as the early predecessor of the modern computer we have today. Ada was the first person to recognise the potential of computers, and many see her as the world’s first computer programmer. 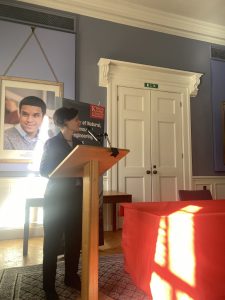 To celebrate Ada Lovelace Day, King’s College London hosted a talk with guest speaker Dr Eugénie Hunsicker, on her academic career and transition into STEM. Dr Eugénie Hunsicker is a Lead Data Scientist at The Access Group. She has worked on a wide range of research in pure mathematics including topology, geometry, and the intersection of analysis. She also serves as the Director for Equality and Diversity for the School of Science. 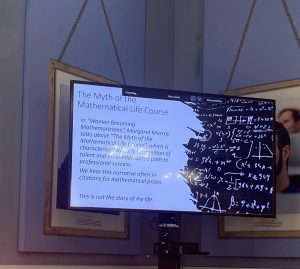 Dr Eugénie Hunsicker delivered an inspiring lecture about her PhD in mathematics and her transition into data science, which was not a known field while she was a graduate student. Dr Hunsicker also discussed the joys and struggles of balancing parenthood alongside her career as an academic.

I found it especially interesting to hear about Dr Hunsicker’s many academic career transitions as she did not stay strictly confined to one field of STEM. I felt personally inspired by her inquisitive and hardworking nature. A career in STEM comes with many challenges; Dr Hunsicker did not let her lack of experience deter her from pursuing her interests. 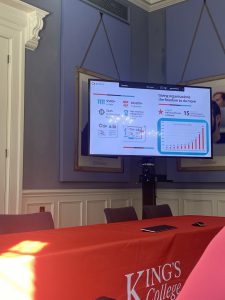 Prior to this event, I was unaware of how many ground-breaking women in science there were and how these women have greatly influenced our current lives. The computers we use today, would not exist without women like Ada Lovelace. During the event, my curiosity for other fields in STEM increased. I always felt that if I choose to study one field in STEM, I would be limiting myself to that.

However, after hearing Dr Hunsicker’s many transitions in her academic career, I feel encouraged to pursue other fields. A recent UCAS data provided by the higher education statistics agency found that only 35% of STEM students in higher education in the UK are women. It is imperative for women to enter STEM as women bring crucial skill sets and ideas into businesses. Moreover, having more women in STEM enables companies to have better gender equality and fosters an environment for younger women to have valuable and beneficial role models.

Why I chose to study Mathematics

Why I chose to study Mathematics with Statistics