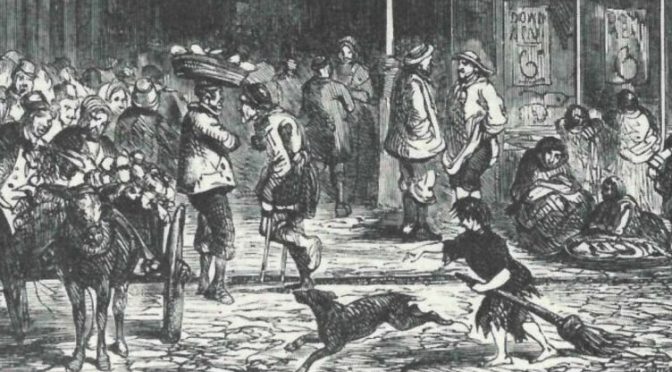 When I first started writing my poem, instead of thinking about an event or a series of events, I thought of a starting point. My starting point was as simple as: “A migrant could be someone who bought a plane ticket to London […] and suddenly arrived at Heathrow.” I used the word “migrant” instead of “expat”, “immigrant”, or others. I did this on purpose because it is a word with a major impact due to its history. It is a word that is always in discussion and that fact also reflects the particular nature of the theme of migration.

After I wrote this first line, I thought of a way to present the continuous journey that being a migrant is and how this journey is sometimes hidden in the details. So, I came up with the idea of unifying these details by using the conjunction “and” at the end of each verse, in a constant loop, i.e.:

suddenly arrived at Heathrow, and
[…] they made friends and they were actually the real deal, and

This conjunction also created a rhythm. Once I sorted out how to unify the verses, I thought about the end of the poem. It is hard to think about an end, because an expat can get back to his/her/their country, but that wouldn’t finish the migration process. It is not as simple as going back or moving to another country. So I decided to finish my poem with the death of the migrant:

and our soul will become one with their soil

As well as thinking about a starting point, the end, the rhythm, the connectors, I thought about form and style when writing ‘A Migrant in a Piece of Paper.’ Being an expat myself means having a different style as a writer. Everything from using iambic pentameter to being a Slam Poetry champion is hard for us and can repress a part of our own identity in a way. On the other hand, our style can become hybrid once we have lived for many years in another place. We might have retained elements of other culture(s) or we might have been influenced by those elements. That changes the way we write and think, and ultimately, who we are. Thus, I thought the poem needed to reflect this somehow by having its own form. Also, I thought the language should be kept as simple as possible and that it should even contain little grammar mistakes, reflecting how expats really talk or think in their real daily lives when they are not mediated by editors. The way many foreigners talk or write is sometimes particular or even broken. I found this fact interesting especially because of the way that works when you are a poet, as poets should be especially aware of form and grammar. My question to myself was: what happens when a foreigner writes in their own way? Is that even allowed? I made it clear in the poem that sometimes the grammar and poetic rules attached to culture do not work in the same way when an expat tries to adopt them. I even play with this idea, such as in the line “they will be told that their level of English is awful.” No one has ever told me that my level of English is awful, but I pushed the poem to that extreme in order to show what happens when expats use incorrect ways to write or speak in the literary field or even in real life.

So, do expats’ poems require a special way to be read? From my view, yes, they do, because they cannot be judged in the same way as native speakers’ texts are read. If foreigners, alternatively, write as native speakers, they are letting go of something that is valuable. Furthermore, I believe the restraint of using language creates a special bridge which allows another sort of connection with the readers.

Bearing this in mind, I thought that sending my poem to the judges was a risky move. The judges might have thought that my poem didn’t follow certain rules or a certain style, but happily, they were able to see what I was trying to do, and I am very proud of being part of a university that is open to new ways to write and think and which recognises that with this writing competition in particular. To really understand the migration process, we need to be able to be open to it in the first place. I will be forever grateful to the judges, students, teachers, and tutors at King’s who have or will support my poem in any way.

Gaby Sambuccetti is an Argentine born, UK-based writer. She holds a BA in Creative Writing from Brunel University (London), is a Latin American & Spanish Literature Teacher (Argentina), and is currently studying an MA in Modern Languages, Literature and Culture at King’s College London. At KCL, Gaby has been awarded the Von Schlippenbach PGT bursary and now the 2022 Cosmo Davenport-Hines Poetry Prize. Gaby is also the founder and director of La Ninfa Eco, an international organisation with a team of writers from Europe, the UK, the USA, and Latin America. Her books, reviews, and collaborations appear in different magazines, anthologies, and literary projects from Argentina, Brazil, Peru, Germany, Bolivia, the US, Mexico, Chile, Spain, Bangladesh, India, and the UK.