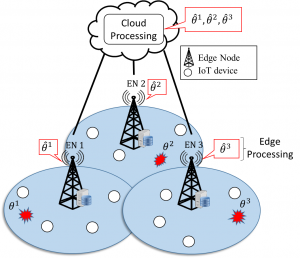 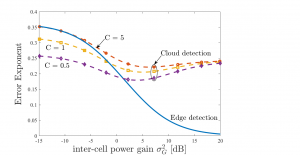 Coding and Lazy Aggregation for Robust and Efficient Distributed Learning 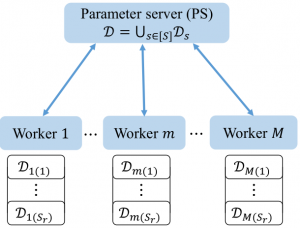 In order to scale machine learning so as to cope with large volumes of input data, distributed implementations of gradient-based methods, e.g., Gradient Descent (GD), that leverage the parallelism of first-order optimization techniques are commonly adopted. To run GD, as illustrated in Fig.~\ref{fig:model}, multiple parallel workers perform computations of the gradients and the Parameter Server (PS) iteratively aggregates the computed gradients and communicates the updated parameter back to the workers. In the process, the PS computing architecture is subject to two key impairments. First, the potentially high tail of the distribution of the computing times at the workers can cause significant slowdowns in wall-clock run-time per iteration due to straggling workers. Second, the communication overhead resulting from intensive two-way communications between the PS and the workers may require significant networking resources to be available in order not to dominate the overall run-time.

To jointly address these impairments, in a recent work just published on IEEE Transactions on Neural Networks and Learning Systems, we study the performance of coding and lazy aggregation techniques for the PS architecture in terms of wall-clock run-time complexity, communication complexity, and computation complexity.

To explore the trade-off among wall-clock time, communication, and computation requirements, we provide a unified analysis of the techniques of gradient coding (GC), worker grouping, and adaptive worker selection, also known as Lazily Aggregated Gradient (LAG), whose relative merits are summarized in Table I. Both GC and grouping are full-gradient approaches that aim at increasing robustness to stragglers by leveraging storage and computation redundancy. Thanks to coding, with GC, only a given number of workers, dependent on the computing redundancy, need to finish their computations and send their encoded computed gradients to the PS at each iteration in order to retrieve the gradient. Grouping applies data duplication and coding to groups of workers. In contrast, LAG is an approximate gradient descent scheme that judiciously selects a subset of active workers at each iteration in order to reduce communication and computation loads. By integrating all the techniques,
we propose a novel strategy, named Lazily Aggregated Gradient Coding (LAGC), that aims at exploring the trade-off between the robustness to stragglers of GC and the computation and communication efficiency of LAG by generalizing both schemes. 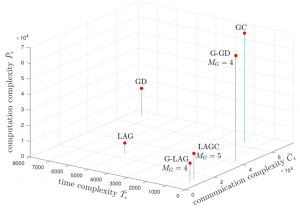 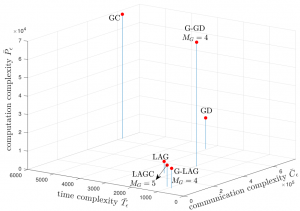 As a special case, we also introduce a scheme that only uses grouping and adaptive selection, which is referred to as G-LAG. For illustration, we consider a linear regression model under two representative distributions, i.e., Pareto distribution and exponential distribution, accounting high- and low-tails for the distribution of the computing times for the workers. Time, communication and computation complexities of the existing strategies, namely GD, GC, and LAG, and the proposed strategies, i.e., LAGC and G-LAG, are shown in Fig. 2 and Fig. 3. It can be seen that both of the proposed LAGC and G-LAG are capable of combining the benefits of gradient coding and grouping in terms of robustness to stragglers with the communication and computation load gains of adaptive selection (see Table I). Furthermore, G-LAG provides the best wall-clock time and communication performance, while maintaining a low computational cost.
The full paper can be found here.

How can heterogeneous 5G services coexist on a shared Fog-Radio architecture?

In 5G, Ultra-Reliable Low-Latency Communications (URLLC) – catering to use cases such as vehicular-to-cellular communications and Industry 4.0 — and enhanced Mobile Broadband (eMBB) – with its support of applications such as virtual reality – will share the same radio interface and network architecture. The 5G network architecture will be fog-like (see Fig. 1), enabling a flexible split of network functionalities between cloud and edge nodes. The cloud generally enables centralised processing, but at the cost of an increased latency for fronthaul transfer, while the edge can provide low-latency feedback but subject to the constraints of local processing.

This raises the following questions:

In a recent work just published on IEEE Access , we proposed a novel solution illustrated in Fig. 1, whereby

Towards the goal of managing the interference between URLLC and eMBB packets arising from H-NOMA, we consider a number of practical approaches in order of complexity. For the uplink, we have:

And for the downlink we consider:

It is noted that there is no counterpart of successive interference cancellation for the downlink.

To give a taste of the results in the paper, we now provide an example. In Fig. 2, we plot the eMBB average per-cell sum-rates (black curves) and URLLC per-cell outage capacity (red curves) for the uplink as function of the URLLC activation probability. The latter is a measure of the URLLC traffic load. In general, the results demonstrate the potential advantages of H-NOMA for both services, especially when the URLLC traffic load is sufficiently large and successive interference cancellation is enabled at the edge nodes.

Link to our paper: https://ieeexplore.ieee.org/stamp/stamp.jsparnumber=8612914