Considering the role of religion in health protection and promotion

The Ebola outbreak that began in 2014 confronted scientists and doctors trying to stop the virus from spreading with an unexpected challenge: When they instructed grieving family members to no longer wash and bury their deceased in the traditional way as this would increase chances of them catching the disease themselves, people did not follow their advice but continued their religious practices even when they saw others getting sick as a result. For many helpers, this was a complete puzzle. Why, given the evidence, would people take such risks? Why would they not do the rational thing? And how could they be convinced to follow the medical advice? 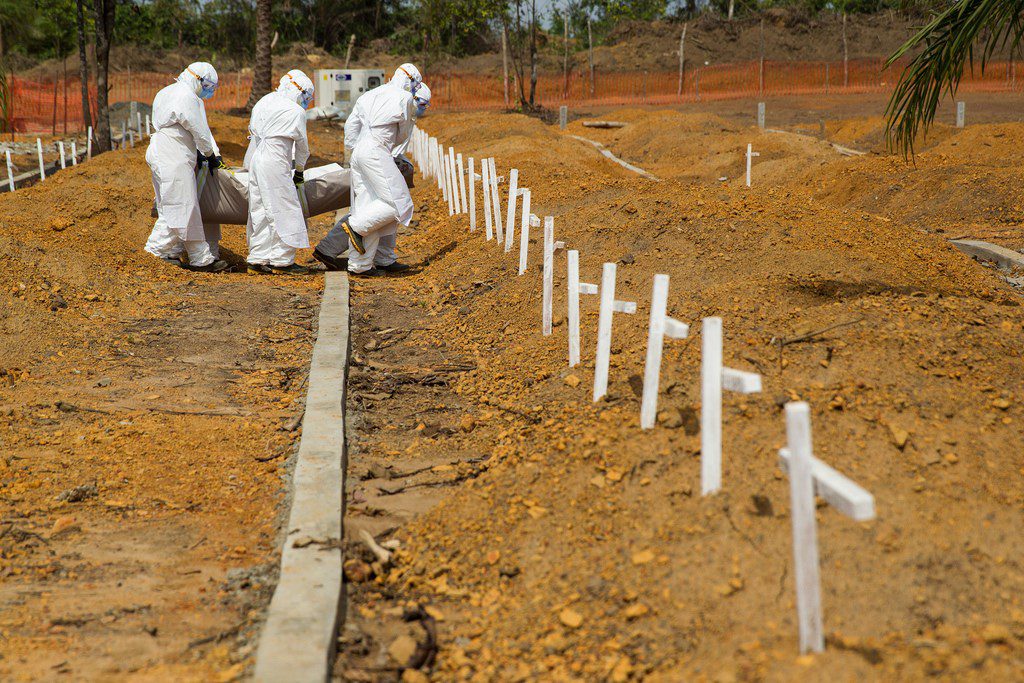 Burial in Liberia during Ebola outbreak

The reason behind this behaviour is quite simple. As Blevins and colleagues (1) write in their recent paper on faith and health practices, the problem is not that people did not understand the danger of disease transmission. It was just that the prospect of not being able to bury their dead according to their traditions and thus displeasing God was worse than catching the disease. When faced with bereavement, people very rarely assume a scientific mindset and see their loved ones as vectors in disease transmission. What was more, when scientists did not show the same consideration this resulted in mistrust and alienation in the communities meaning that people were even less likely to listen to medical advice:

“We witnessed horrors and saw hell itself for our deceased loved ones in this community! I saw them drop the corpse of my late child on the ground as though it was a bag of cassava.” (A mother from Moyamba District, Sierra Leone (1)).

Retrospectively, it seems inconceivable that scientists underestimated the role personal attachment and religion played in Ebola. Spirituality is a central element of social life: the groups and relationships that are formed in the context of belief systems are strong determinants of self-identity, social recognition and social capital. Public health practitioners increasingly recognise the wider determinants of health including social and cultural factors, and yet many scientists still shy away from studying the way that religious practices affect people’s health and wellbeing. This seems oddly anachronistic considering the fact that we are given to conceptualise health within changing economic contexts and personal and social support structures (2). As a social constructivist, I would take this point even further, as there is some evidence that our health priorities align with our sense of identity and identity is to a large extent shaped by social contexts including the religious groups we do or do not affiliate with.

Religious organisations as supporters of health interventions
When researchers working in Public and Global Health reflect on religion, they predominantly view it through the lens of health promotion and protection tactics. With the surge of grassroots movements, the amount of research that focuses on engaging community representatives including faith-based organisations to provide a basis for greater outreach and capacity building has steadily increased and there are some very good reasons for this: Faith-based organisations are often well-equipped both conceptually as well as with respect to their facilities to promote health interventions and have a tradition as providers and enablers of health services worldwide. The Catholic Church alone claims that it delivers 26% of healthcare worldwide, and up to 70% of healthcare in Sub-Saharan Africa (3). Not only do religious institutions contribute to healthcare, but in many countries they are also the ones reaching out to marginalised groups including refugees and asylum seekers and the main providers of care for the elderly and terminally ill (4,5).

Another aspect that speaks for including religious institutions in health promotion is that they are often able to reach more people than health services because their congregants have greater trust in them than in medical institutions. It is therefore not surprising that religious organisations, not unlike NGOs, are increasingly filling in the gaps in non-functional or overwhelmed health systems. In Sub-Saharan Africa, 20% of the institutions handing out antiretroviral therapies to fight the HIV/AIDS epidemic are faith-based organisations and have been substantial in mediating the decline in infection rates (5,6). In Rwanda, Christian and Muslim institutions effectively helped build a new health system after the 1994 genocide. Prior to the massacre in which one million of Rwanda’s Tutsi population got killed, faith-based institutions ran 40% of health services in the country. Working closely with these same organisations and relying on their established networks helped the government to build a new health system and rebuild trust in health service provision after the war. In this way, religious groups substantially contributed to the recovery of the country not only through clerical services but also by offering their capacities in health services (6).

Religious beliefs as impactors of health interventions
The above does make a strong case for faith-based organisations as contributors to health promotion and improvement. However, if we want to effectively engage religious groups in health, we need to acknowledge a few caveats and limitations to the feasibility of this approach and not just jump at the opportunity to recruit religious leaders for health promotion. The most obvious limitation is that faith-based organisations often do not lend themselves to the promotion of every health topic. Through linking health to religious practices such as avoiding alcohol, most religions are inherently biased towards programmes that involve behavioural change, most commonly preventative programmes for cardiovascular disease, alcohol abuse and cancer (3,7). Alcoholics Anonymous for instance is a very well-known example for religiously driven behavioural change as it explicitly includes Christian motives in six of its twelve-step programme (8). However, whilst this approach may work very well for Christian believers, such an explicit targeting of one belief group may effectively exclude minority groups or nonbelievers who cannot identify with it, highlighting an issue that is a particular weak spot in religiously-driven health promotion: the exclusion of non-affiliates.

When we consider the limitations of religious organisations in health promotion, we need to acknowledge that some have been linked to the marginalisation and vulnerability of women, girls, homosexual, transsexual and transgender people, which has become most apparent in the AIDS/HIV epidemic: By reinforcing the marginalisation and stigmatisation of minority groups including homosexuals, some religious groups have effectively interfered with treating and reducing HIV/AIDS exposure (9,10). As public health scientists we need to understand and respect the fact that religious groups may not embrace our understanding of equity and egalitarianism, or in fact may not agree on which health needs to prioritise.

The way forward – improving the relationships between religion and health
One reason for the gaps in our interpretation of faith and health is that medical scientists have traditionally shied away from the topic of spirituality feeling that science is not an appropriate tool to analyse religion (11,12). Another reason is that medical science often considers itself above religious matters (and vice versa). This is an issue arising directly from the natural science base of Public Health: By being defined as science-based and secular, Global and Public Health are inherently biased towards public funding, opposed to religious concepts and wary of integrating potentially biased views into their programmes (13). In addition, for many researchers, it is hard to put themselves into the position of religious practitioners when their immediate instinct is to follow the medical evidence. As a result, researchers do not sufficiently recognise or may even (consciously or unconsciously) attempt to change the mission of the church resulting in greater distrust (14).

However, as the evidence from the Ebola outbreak shows, we need to improve our understanding of cultural aspects in health. Whilst the WHO has embraced the social determinants of health, it is clear that the management of Ebola focused predominantly on a scientific conceptualisation of disease transmission. Involving religious concepts and leaders was considered too late in the crisis and knowledge gaps of how the local religious groups were organised further delayed the establishment of partnerships (1,15).

“Lofa County had been a hot-bed of Ebola denial and it was difficult to get health staff in to assist. The Imam and the local chief worked together using messages from the Quran and the Bible to discuss behaviour change with the communities. This paved the way for health staff to get access to the County.” (Senior UN staff member, Monrovia, Liberia (16))

This example of an immediate public health crisis reflects how difficult it can be for external practitioners in public health to evaluate the cultural aspects that influence health in any community they may not be familiar with compared to the hard facts of disease transmission. The lessons that researchers have taken away from their experiences with Ebola are that, firstly, as scientists in public health working with patients and communities we should think about adapting our vocabulary and properly appreciate that personal belief systems may be valued more strongly by believers than their own personal health (1). Secondly, we should be honest in our efforts to seek a dialogue between the scientific facts and religious practices that respects both and thereby allows joint development of public health practices (15).

It is clear that we need to make a better effort to include the wider cultural determinants of health to tackle some of the persisting health issues. Engaging community stakeholders such as religious leaders is an important first step. However, for this to be successful we need to in the first place respect the limitations of community-based approaches in health and of our understanding of the practices and rules in those communities. If we want to be serious about the socio-cultural aspects of health, we should start to more honestly and openly evaluate the differences and similarities that exist between local religions and medical interests and begin to assess the long-term impacts of faith-based health promotion.

Katrin is a Teaching Fellow in the School of Population Health & Environmental Sciences, King’s College London, and a Research Fellow at UCL Great Ormond Street Institute of Child Health. She has completed her PhD in the dietary treatment of severe epilepsies in children at Royal Holloway University of London and holds a Master’s Degree in Global Health from King’s College London. Her research interests are community-based approaches in child and migrant health. 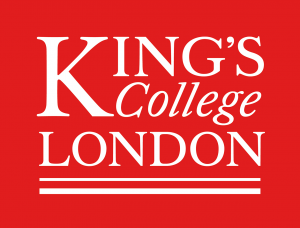