As a taxpayer and as a philistine, there is a contract between myself and the people in arts and humanities receiving my money. This is not an abstract social contract, but something far more real – I’m giving them money and in exchange you will do something that should benefit me – and importantly this benefit does not have to be direct.

For example, I may not actually see the benefits, but my contribution to society through paying those taxes is so that other people may benefit. This type of contract is much easier to visualise when it comes to healthcare. My taxes go to the NHS, and while I may be well, my dad may not be. So I am happy to pay so that he can get better.

The reason this is easier to grasp is because there is an account – and it is this that I am most interested in as a tax payer. I want, no, deserve to be given an account of what you have done with my tax money. What do I mean by an account? I mean a narrative, a story about what has been done, regardless of whether it has been a success or a failure.

This is what the REF, the Research Excellence Framework, is effectively trying to do. The government in the UK long realised that in a world of globalisation and manufacturing decline, the only game in town is the knowledge based economy, or the creative economy. This policy shift means that research continues to be the flavour of the month, but if you speak to people in the Treasury, and the politicians who are in charge of the Treasury’s money, there was a sense before the REF that they were fed up with pumping all this money into the university system, and hearing nothing back. Essentially, nobody was giving them an account, and as a taxpayer, I think they were right to ask for one. The REF’s innovation was not just to demand an account, but to very explicitly tie level of funding to the quality of the account they received.

When this policy shift happened, I was one of the few people studying the problem of how to measure research. So it came to me to run workshops for sceptical academics, explaining what impact is and why it’s probably important that they engage with it. Recently, I was the principle investigator on a project which analysed seven thousand impact case studies using text mining technologies for the Higher Education Funding Council for England (HEFCE). What I learnt from doing that is that every discipline has an impact – and if there’s impact, there’s a compelling story to be told to the people that supported the research – whether it’s in the arts, the humanities, history, classics, or biomedicine.

Part of the alluvial diagram from ‘The nature, scale and beneficiaries of research impact’ (Figure 4).

Some argue that biomedicine and health research has it easy, compared to arts and humanities, when it comes to demonstrating impact. But I’m not sure that’s the case. If you look at how laboratory-based research translates into improving patients’ outcomes, and improving overall health and well-being, the percentage of research that translates from the lab into a new drug or a new intervention is tiny. We don’t actually know the precise figure, but one published estimate puts it at one in twenty-five thousand. Another says one in a hundred, and it’s probably not much higher than that. The other challenge about biomedical and health research is the timescale: it takes twenty years for research to move from the lab – or bench – to the clinical – or bedside. So why, as a taxpayer, am I happy to invest in something which at best has only a one in a hundred chance of success over twenty years?

The important point here is about how that community managed to make that sell, and what arts and humanities can learn from it. I would draw out two lessons, one of which I’m sure of and the other rather less so. The first is that the biomedical and health community got wise in understanding the need to fulfill their contract, and started talking in the language of impact quite early on. They became very sophisticated in doing, and presenting, economic analyses that quantify impact. I can stand here now and tell you that for every pound that the government and medical research charities invest in research, there will be a reoccurring forty pence internal rate of return thereafter. We can argue about the methods, but the fact is that forty pence in the pound is in the policy mantra of Whitehall. That ability to talk in the language of the Treasury, of the paymasters of your research – the language of money – is essential. You may not like it, and lots of clinicians don’t like it either, especially when they’re essentially attaching a monetary value to human life, but the fact that I can put a value on somebody’s life allows me to do the economics necessary to have a good chance of saving it. 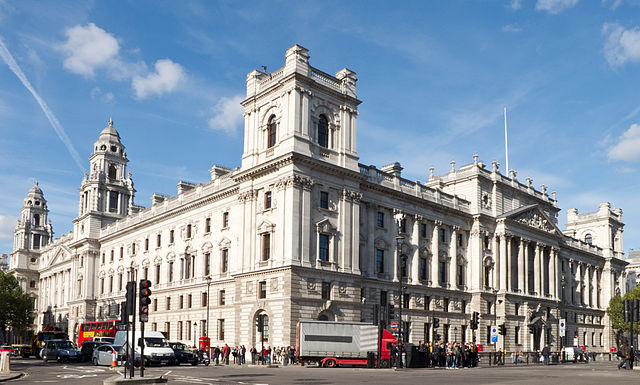 The second lesson, which I think is more debatable, is the necessity of speaking with one voice. The biomedical and health funding community was in a state of open warfare about ten to fifteen years ago. But then they came together and began to speak with one voice, at least when presenting cases to the government on spending reviews. The Academy of Medical Sciences and others became a cohesive external advocacy mouthpiece.

I’d like to leave you with three closing thoughts. First, as a sector, arts and humanities has to focus on giving an account, telling a story, and explaining why it matters. As a taxpayer I want to fund you, and I’m supportive, but you have a duty to give me an account – you need to play the game. Second, you may not like the language of economics, you may not like the language of spending reviews and you may not like the boffins in the Treasury, but you need to speak their language, respect them, and engage with them. Finally, think about advocacy and how you can articulate your needs and aims with one unified voice.

Professor Jonathan Grant is Director of the Policy Institute at King’s College London.