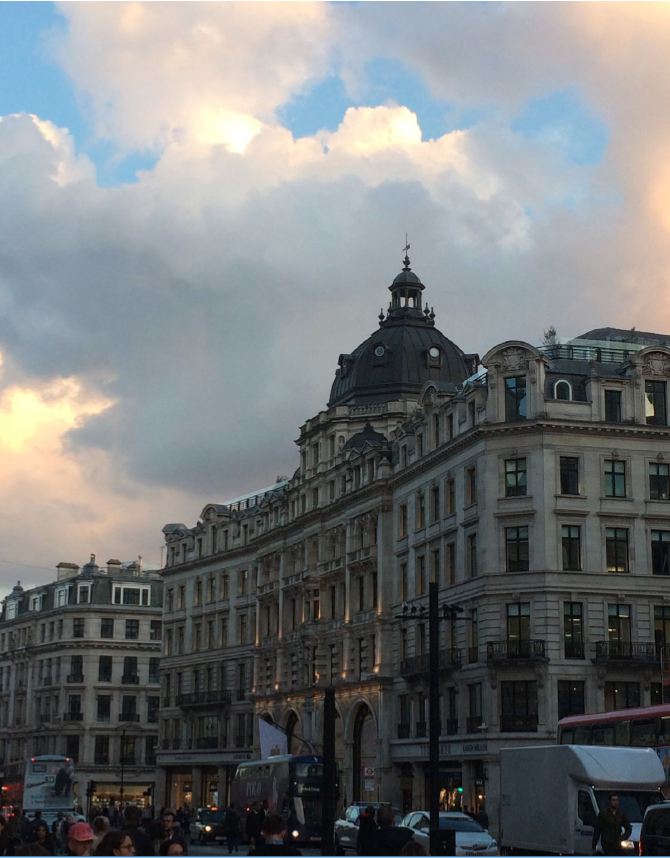 As an English student focussed on Victorian and Modernist literature, studying in London has always been a dream of mine. Many of my favourite authors spent parts of their lives living and working in London, or have set their work in this mythic city. Since coming to King’s, I’ve walked the streets mentioned in Mrs Dalloway , passed by Sherlock Holmes’s (fictional) address on Baker Street, and lived a block away from John Keats’s former flat (there’s a blue plaque to prove it!).

But I soon learned that London is much more than the fiction it inspires. Samuel Johnson (whose statue I ran into on the way to Bush House from Maughan Library) once said: “When a man is tired of London, he is tired of life.” All of life eventually makes its way to London, and its citizens genuinely seem to pride themselves in the multicultural festival they call home. In the 21st century, it has become one of the most cosmopolitan cities in the world, and has welcomed people from across the globe to its banks. I realized this immediately when I saw just how international each of my classes were at King’s.

As a study abroad student, I never felt like the only “foreigner” in the room, and I’ve been able to make friends across 5 continents from the comfort of The Shack (a student-run cafe on Strand campus).

Likewise, the convenient tube and bus network makes visits to ethnic neighbourhoods and restaurants easier than I could have possibly imagined. The city has truly surpassed all my expectations, and has opened my eyes to new worlds of culture. I came to London to live in the city I’ve always read about, but I found a city that makes fiction itself come alive.