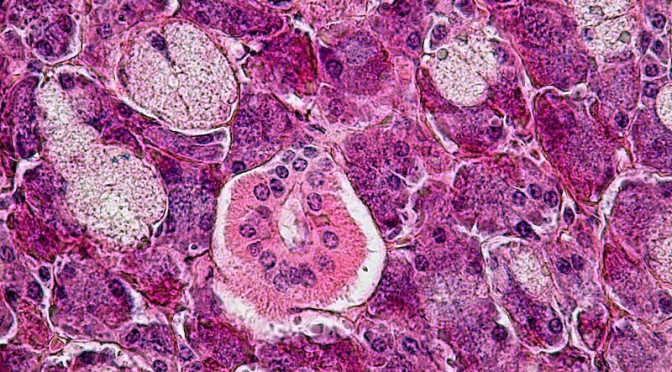 It is mid-July. The vote for Brexit has happened, leaving many stunned into silence or shocked into outrage, or a combination of both. We haven’t managed to advertise extensively for the smooth & striated: form event and consider cancelling. Then reconsider. It will be strong – perhaps strongest – in small numbers, with a focused few. To do it now means to allow ourselves the luxury (is it a luxury?) of … for lack of a better term … going with the flow, thinking on our feet. Improvising. And that’s also what it is about: ways to think together in a space, on our feet, drawing; to read, transversally, to cut across a couple of texts and discover resonances and recombinations, to think laterally, perhaps.

We have decided for this event to focus on two key texts in twentieth-century art and philosophy, and to rethink not only their critical genealogies (the way Pierre Boulez’s work on pulsed and non-pulsed time, in “Time, Notation, Coding” in particular informs Gilles Deleuze and Félix Guattari’s arguably far wider-reaching and still inestimably influential chapter, “1440: The Smooth and the Striated,” from Capitalisme et schizophrénie 2: Mille Plateaux), but also the way both these complex works trouble ways of thinking linearity, teleology and what seems to be an overwhelming preference for the rhizomatic in contemporary art, including particularly in music and dance.

We phrased our (admittedly squiggly?) line of questioning as follows:

Do endings matter anymore? For a few generations now, artists informed by the insights of Deleuze and Guattari about form have struggled, or even dismissed the struggle, to find plausible endings for works conceived as rhizomatic. If teleology is not necessarily a concern for us (is it not?), what is the meaning of endings? Is teleology as the motivating force of a belief system necessarily implied by artworks that employ teleology, that is to say, artworks that tend towards a consequential end? What other ways are there of thinking of endings, informed by the conceptual pair, “smooth and striated”, first formulated by composer Pierre Boulez and imaginatively expanded by Deleuze and Guattari?

For Boulez the passage through musical time is defined by the opposition between amorphous time (smooth) and metered time (striated), but this opposition is never-ending and, moreover, the two poles are always mixed together, always in flux. D+G bring the concepts to bear on the State, on capitalism’s evolution, and on architecture, but despite the greater breadth of vision, like Boulez they emphasize the ongoing nature of interactions between smooth and striated spaces: these are always unfinished.

The relationship between Boulez’s ideas as a practicing composer and D+G’s ideas as theorists, which continue to influence new generations of musicians, performers, visual artists and more, are exemplary of cross-influences between arts practice and theory.

We are a partnership that aims to bridge performance practice and theory through collaborative projects and curated events. For this event we are inviting collaborators – performers, dancers, musicians, theorists – to take Boulez’s 1960 lecture “Time, Notation, Coding” and/or Deleuze and Guattari’s chapter “The Smooth and the Striated” from Mille Plateaux (1980), as starting points for explorations of persistent problems of form in time-based arts and beyond. Integral to this event will be a challenge to the collaborators – who may be academics as well as performers – to create a provisional (a final?) end: to mount a performance at the conclusion of this intervallic period, beginning at 3pm on the third day. Open talks and shorter performances will take place throughout the three-day period as well. Ultimately, the event is intended to be convivial: at midday every day of the event, a large communal meal will be served for all participating guests and members of the local community who wish to attend.

The challenge then was not just to rethink form in contemporary scholarship and art, but also in particular to question modes of working across practices; to consider community, the academic “undercommons,” parainstitutional space, and imperatives to produce what contemporary academia embraces all too readily as “outputs”: ends. We found some inspiration in the Great Lakes Feminist Geography Collective’s manifesto “For Slow Scholarship: A Feminist Politics of Resistance through Collective Action in the Neoliberal University,” which embraces a slow-cooking method of working together, over meals; and in Joan Retallack’s poethics.

Retallack writes: “A chief role taken on by the avant-garde has been to explore messy unknowns in the fluid dynamics of the kinds of improbability that yield possibilities” (The Poethical Wager, 16). She describes “geometries of attention” (19) as constitutive of a kind of ethical stance towards the world that listens broadly to the “noise” (in John Cage’s terms) not normally heard as music, as art, as politics or literature; but which attentiveness to enables one to perceive differently, to fold or to wrap into a poethical practice engaged in this murmuring – that which enfolds whole spheres of sensible life not normally written into “proper” art or science. She works through fractal geometry, she thinks of theories of relativity; all these paradigmatic shifts – swerves, in the Lucretian terms she prefers – that theoretical paradigms in the arts and humanities so often pass beside but which, as she rightly notes, artists so often become imbued with, transformed by.

So how do we think slowly, with our ears to the ground?

So how do we think slowly, with our ears to the ground? In the mad-rush pace of academic (as every other sort of everyday) life, how do we carve out a space for slowing down, hearing ourselves think, being uncertain what we will find? The three days were not much; and yet this was also a mini eternity. A rough space at the edges of New Cross, with a leaky ceiling, an outhouse over a mud ground, gorgeous former-garage architecture providing the very striations we were thinking through: criss-crossing lines and rough-brick surfaces.

Not that merely “hearing” (seeing) the space would be enough; but it transported us out of the usual offices, the library, the home, even, committing us to being with these works, which we read, according to a number of rules inspired among others by Retallack’s own experimental poetic methods, woven into one another and with the space, moving our bodies through the space.

We were not more than a dozen dancers, choreographers, composers and music theorists, critical and cultural theorists; students, artists and scholars. Some of us had met before, and others were meeting for the first time, over a box of coloured markers and crayons, sketchbook sheets and the invitation not to “discuss,” but to play.

My notes are haphazard: in structured freewriting sessions, I found myself musing about how to reconfigure the syntax of our reading, to rupture it with shards from elsewhere – so as not to become brittle in our ways of seeing or reading or understanding; so that lines traced on the page continue to reverberate; so as not to become hermetic, or to forget how calcified our patterns of thought (like our bodies sitting stiffly) may become. Even when we read new works – we read in the same ways. Often. How to break that? Must we break that?

I found myself musing about lines, the way they are not just containers or separators, or traces of passage; but also indications of aesthetic genealogies: curved or straight, smooth or striated, directed or undirected (and to whose ends?). But these are not just binaries; a line is two-dimensional, and it suggests motion in time; it remembers, it metonymizes, it represents (it performs or theatricalizes?), it shows, that motion, and the imagined stability that ensues, the pause after a crossroads, after a decision to divide, to encircle, to enclose, to cordon, to protect. A border is an imagined line separating those who can be in from those who must be out; it is always contested.

With the breakup of the European Union an open question, and Britain’s redrawing its own line on the world map, reaching back out towards colonial spaces of passage, domination, and control, “smooth” and “striated” space, beginnings and endings seem ever more pressing, and ever more uncertain. The smooth space of nomadic “felt” (Deleuze and Guattari borrow as always from a number of disciplinary languages and worlds, including here quilting and weaving; physics; mathematics; music; maritime life; technology; aesthetics, what they call “nomad art”) is not just undifferentiated, free, open, but constituted of dips and hollows, intensities and mounds, all of which pass into sequestration or calculation, but neither were these separated from the former anyway. Distinctions between smooth and striated are not just temporal; there is not just an order of precedence; but a constant to-and-fro, an uneasy dialectic, a process and movement and passage, a translation and a relation.

I am not sure I (or any of us) found an answer to the question of “ends” … an End of History, a sort of orgasmic having-become, a grand finale, a bang. But then what?

I am not sure I (or any of us) found an answer to the question of “ends”: whether they are necessary, what they are. We did think a fair bit about the way ends and conclusions are not identical, though similar. The way teleological models from Aristotle onwards think about finitude as directionality: something is going towards… in the Hegelian version of this… an End of History, a sort of orgasmic having-become, a grand finale, a bang. But then what?

Ends are great. They allow us to rest. This was my overwhelming sensation on the last day, as we were wrapping up. I thought: this is what ends are for. In the theatre, in music, in dance, in books and articles. They say: thank you for your attention. Form enwraps attention; it creates a space for listening more, with more attunement, more care. In that regard, the enclosure is good. The page that binds the words into a shape. The score that enables a pause, for the musician to rest. But these are not in themselves ends: to rest (to go to the pub, after, to clap, in thanks when the show is over), is half of a dynamic exchange, in which we hope – how can we not? – something will have transformed, some law of affective thermodynamics will mean that energy, thought, particles of beauty or ugliness or what have you, were exchanged. Why? Why exchange? Why share time? Why listen openly, with care, without preconceived notion of an end (a measurable, quantifiable, monetizable, marketable, saleable, transferable “finding”)?

This is perhaps the ethics Retallack writes of: the conditions of possibility producing an opening. The sense that even in stillness, we move. But we have to be still – as still as possible – sometimes, in order to remember how slight the tremor of the slightest movement. That microscopic gaze, the intimate order of thinking, the “minor gesture” in Erin Manning’s terms (from The Minor Gesture) allows a quantum realignment with some of our artistic, critical, human raison d’être: to be, in the end, together. Framed by four walls (in this case) – a space – and shared time. That in itself is sufficient for reengaging a subcutaneous level of questioning, that which doesn’t just run to the next thing, the coming Turn, but recoils, retreats, burrows, in order also just to think. “Just” here is playful, protean: it resists the rush to the front line (which?); it resists pushing to the head of an interminable and imaginary queue; it resists the structure of the first or the last, the top or the bottom (of what pyramid?); it resists situating itself already on a coordinated plan, seeking instead to sit back and wonder what plan, wherefore, whyfor.

You may also like to read footnotes, [alt+cmd+f] 1.a living encyclopaedia of research