Liliana Bounegru, Lecturer in Digital Methods in the Department of Digital Humanities has just published a new article titled “’We only have 12 years: YouTube and the IPCC report on global warming of 1.5ºC” in First Monday co-authored with Kari De Pryck (University of Geneva / University of Cambridge), Tommaso Venturini (CNRS) and Michele Mauri (DensityDesign Lab, Politecnico di Milano). The article is open access and available here. The abstract is copied below, along with a selection of the exploratory visualisations from the analysis.

“We only have 12 years”: YouTube and the IPCC report on global warming of 1.5ºC This article contributes to the study of climate debates online by examining how the IPCC Special Report on Global Warming of 1.5°C (SR15) played out on YouTube following its release in October 2018. We examined features of 40 videos that ranked the highest in YouTube’s search engine over the course of four weeks after the publication of the report. Additionally, this study examines the shifting visibility of the videos, the nature of the channels that published them and the way in which they articulated the issue of climate change. We found that media activity around SR15 was animated by a mix of professional and user-led channels, with the former enjoying higher and more stable visibility in YouTube ranking. We identified four main recurrent themes: disaster and impacts, policy options and solutions, political and ideological struggles around climate change and contested science. The discussion of policy options and solutions was particularly prominent. Critiques of the SR15 report took different forms: as well as denialist videos which downplayed the severity of climate change, there were also several clips which criticized the report for underestimating the extent of warming or overestimating the feasibility of proposed policies. 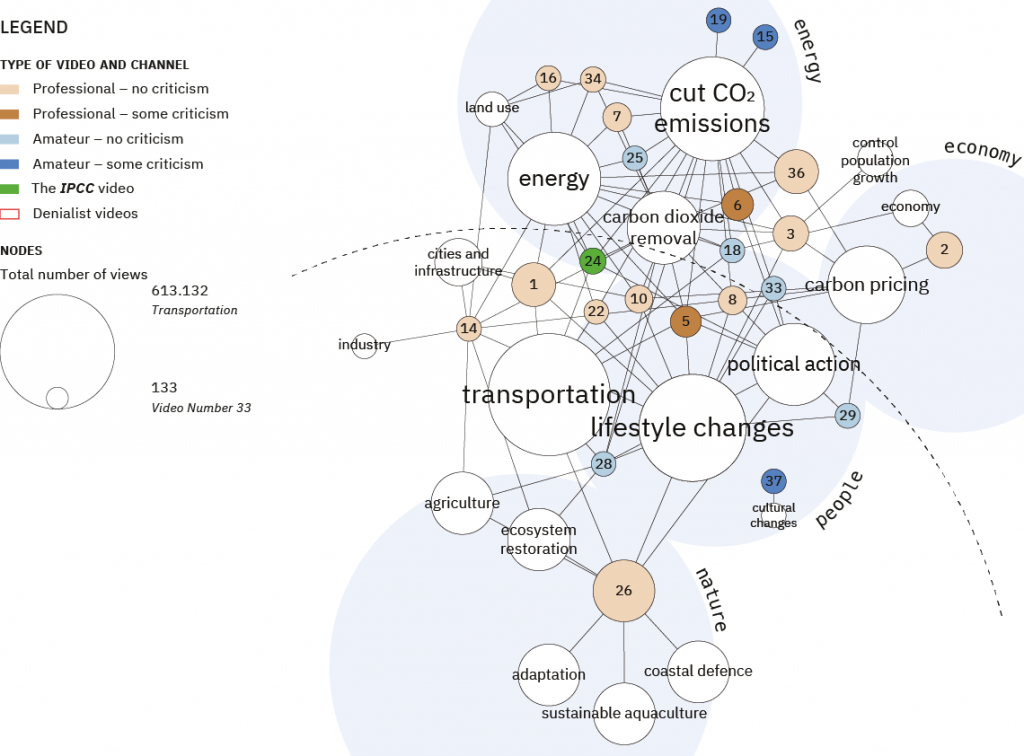