Dr Kate Devlin will be one of the four judges on the 2019 Freedom of Expression Awards. Kate Devlin is a writer and an academic in the department of Digital Humanities in King’s College London where she works on artificial intelligence and human-computer interaction. Her book, Turned On: Science, Sex and Robots, explores intimacy and ethics in the digital age.

Index on Censorship’s Freedom of Expression Awards exist to celebrate individuals or groups who have had a significant impact fighting censorship anywhere in the world.

Awards are offered in four categories: Arts, Campaigning, Digital Activism and Journalism. Anyone who has had a demonstrable impact in tackling censorship is eligible. Winners are honoured at a gala celebration in London. Winners join Index’s Awards Fellowship programme and receive dedicated training and support.

Selected from over 400 public nominations and a shortlist of 16, the 2019 Freedom of Expression Awards shortlist exemplifies courage in the face of censorship. Learn more about the fellowship.

ArtLords is a grassroots movement of artists and volunteers in Afghanistan who encourage ordinary citizens, especially women and children, to paint the issues that concern them on so-called blast walls: walls the country’s rich and the powerful have built around themselves to protect them from violence while the poor fend for themselves. Their work has turned a symbol of fear, tension and separation into a platform where social issues can be expressed visually and discussed in the street. ArtLords has completed over 400 murals in 16 provinces of Afghanistan. In March 2018, for International Women’s Day, ArtLords painted a tribute to Professor Hamida Barmaki, a human rights defender killed in a terrorist attack six years ago.

Zehra Doğan is an imprisoned Kurdish painter and journalist who — denied access to materials for her work — paints with dyes made from crushed fruit and herbs, even blood, and uses newspapers and milk cartons as canvases. When she realised her reports from Turkey’s Kurdish region were being ignored by mainstream media, Doğan began painting the destruction in town of Nusaybin and sharing it on social media. For this she was arrested and imprisoned. Imprisonment hasn’t stopped her from producing journalism and art. She collects and writes stories about female political prisoners, reports on human rights abuses in prison, and paints despite the prison administration’s refusal to supply her with art materials.

ElMadina is a group of artists and arts managers who combine art and protest by encouraging Egyptians to get involved in performances in public spaces, defying the country’s restrictive laws. ElMadina’s work encourages participation — through story-telling, dance and theatre — to transform public spaces and marginalised areas in Alexandria and beyond into thriving environments where people can freely express themselves. Their work encourages free expression in a country in which public space is shrinking under the weight of government distrust of the artistic sector. ElMadina also carry out advocacy and research work and provide a physical space for training programmes, residencies and performances.

Ms Saffaa is a self-exiled Saudi street artist living in Australia who uses murals to highlight women’s rights and human rights violations in Saudi Arabia. Collaborating with artists from around the world, she challenges Saudi authorities’ linear and limited narrative of women’s position in Saudi society and offers a counter-narrative through her art. Part of a new generation of Saudi activists who take to social media to spread ideas, Ms Saffaa’s work has acquired international reach. In November 2018, she collaborated with renowned American artist and writer  Molly Crabapple on a mural celebrating murdered Saudi journalist Jamal Khashoggi that read, “We Saudis deserve better.”

Cartoonists Rights Network International (CRNI) is a small organisation with a big impact: monitoring threats and abuses against editorial cartoonists worldwide. Marshalling an impressive worldwide network, CRNI helps to focus international attention on cases in which cartoonists are persecuted and put pressure on the persecutors. CRNI tracks censorship, fines, penalties and physical intimidation – including of family members, assault, imprisonment, and even assassinations. Once a threat is detected, CRNI often partners with other human rights organisations to maximise the pressure and impact of a campaign to protect the cartoonist and confront those who seek to censor political cartoonists.

Institute for Media and Society | Nigeria

The Institute for Media and Society (IMS) is a Nigerian NGO that aims to improve the country’s media landscape by challenging government regulation and fostering the creation of community radio stations in rural areas at a time when local journalism globally is under threat. Three-quarters of television and radio stations in Nigeria are owned by politicians, and as a result they are divided along political lines, while rural communities are increasingly marginalised. IMS’s approach combines research and advocacy to challenge legal restrictions on the media as well as practical action to encourage Nigerians to use their voices, particularly via local radio. IMS also tracks violations of the rights of journalists in Nigeria.

Media Rights Agenda (MRA) is a non-profit organisation that has spent the last two decades working to improve media freedom and freedom of expression in Nigeria by challenging the government in courts. While the constitution guarantees the right to freedom of expression, other laws – including the sections of the Criminal Code, the Cybercrimes Act and the Official Secrets Act – limit and even criminalise expression. Through its active legal team, MRA has initiated strategic litigation targeting dozens of institutions, politicians and officials to improve the country’s legal framework around media freedom. Its persistent campaigning and lawsuits on freedom of information have helped improve access to government-held data.

P24 (Platform for Independent Journalism) is a civil society organisation that aims to neutralise censorship in Turkey — a country in which speaking freely courts fines, arrest and lengthy jail sentences. P24’s pro bono legal team defends journalists and academics who are on trial for exercising their right to free expression. It also undertakes coordinated social media and public advocacy work that includes live-tweeting from courtrooms and campaigning through an array of websites, newsletters and exhibition spaces. Its latest effort aims to provide spaces for collaboration and free expression in the form of a literature house and a project connecting lawyers and artists.

Fundación Karisma is a civil society organisation that takes on online trolls by using witty online ‘stamps’ that flag up internet abuse. It’s an initiative that uses humour to draw attention to a serious problem: the growing online harassment of women in Colombia and its chilling effect. The organisation offers a rare space to discuss many issues at the intersection of human rights and technology in the country and then tackles them through a mix of research, advocacy and digital tools. Karisma’s “Sharing is not a crime” campaign supports open access to knowledge against the backdrop of Colombia’s restrictive copyright legislation.

Mohammed al-Maskati is a digital security consultant who provides training to activists in the Middle East and in North Africa. Working as Frontline Defenders’ Digital Protection Consultant for the MENA Region, Mohammed teaches activists – ranging from vulnerable minorities to renowned campaigners taking on whole governments – to communicate despite government attempt to shut them down. He educates them on the use of virtual private networks and how to avoid falling into phishing or malware traps, create safe passwords and keep accounts anonymous. As governments become more and more sophisticated in their attempts to track and crush dissent, the work of people like Al-Maskati is increasingly vital.

SLFC.in (Software Freedom Law Centre) tracks internet shutdowns in India, a crucial service in a country with the most online blackouts of any country in the world. The tracker was the first initiative of its kind in India and has quickly become the top source for journalists reporting on the issue. As well as charting the sharp increase in the number and frequency of shutdowns in the country, the organisation has a productive legal arm and brings together lawyers, policy analysts and technologists to fight for digital rights in the world’s second most populous country. It also provides training and pro-bono services to journalists, activists and comedians whose rights have been curtailed.

for courageous, high-impact and determined journalism that exposes censorship and threats to free expression

Bihus.info is a group of independent investigative journalists in Ukraine who – despite threats and assaults – are fearlessly exposing the corruption of many Ukrainian officials. In the last two years alone, Bihus.info’s coverage has contributed to the opening of more than 100 legal cases against corrupt officials. Chasing money trails, murky real estate ownership and Russian passports, Bihus.info produces hard-hitting, in-depth TV reports for popular television programme, Nashi Hroshi (Our Money), which illuminates discrepancies between officials’ real wealth and their official income. One of the key objectives of the project is not just to inform, but to involve people in the fight against corruption by demonstrating how it affects their own well-being.

Investigating corruption is one of the most dangerous jobs in journalism: three investigative reporters have been murdered in the European Union in the past year alone. In Serbia, journalists face death threats and smear campaigns portray investigative journalists as foreign-backed propagandists. Against this backdrop, CINS stands out as one of the last independent outlets left amid an increasingly partisan media. Using freedom of information requests, the CINS has created databases based on thousands of pages of documents to underpin its hard-hitting investigations. These include stories on loans provided to pro-government tabloids and TV channels. CINS also provides hands-on investigative journalism training for journalists and editors.

Mehman Huseynov is a journalist and human rights defender who documents corruption and human rights violations in Azerbaijan, consistently ranked among the world’s worst countries for press freedom. Sentenced to two years in prison in March 2017 after describing abuses he had suffered at a police station, Huseynov has put his life in danger to document sensitive issues. His work circulated widely on the internet, informing citizens about the real estate and business empires of the country’s government officials, and scrutinising the decisions of president Ilham Aliyev. Huseynov is still in prison and remains defiant, saying: “I am not here only for myself; I am here so that your children are not in my place tomorrow. If you uphold the judgement against me, you have no guarantees that you and your children will not be in my place tomorrow.”

Mimi Mefo is one of less than a handful journalists working without fear or favour in Cameroon’s climate of repression and self-censorship. An award-winning broadcast journalist and the first-ever woman editor-in-chief of private media house Equinoxe TV and Radio, Mefo was arrested in November 2018 after she published reports that the military was behind the death of an American missionary in the country. Mefo reports on the escalating violence in the country’s western regions, a conflict that has become known as the “Anglophone Crisis” and is a leading voice in exposing the harassment of other Cameroonian journalists, calling publicly for the release of those jailed.

Each year Index recruits an independent panel of judges – leading voices with diverse expertise across campaigning, journalism, the arts and human rights. Judges look for courage, creativity and resilience. We shortlist on the basis of those who are deemed to be making the greatest impact in tackling censorship in their chosen area, with a particular focus on topics that are little covered or tackled by others. Where a judge comes from a nominee’s country, or where there is any other potential conflict of interest, the judge will abstain from voting in that category. 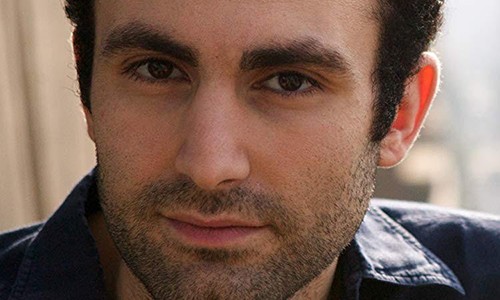 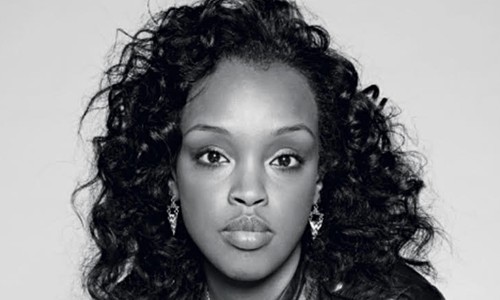 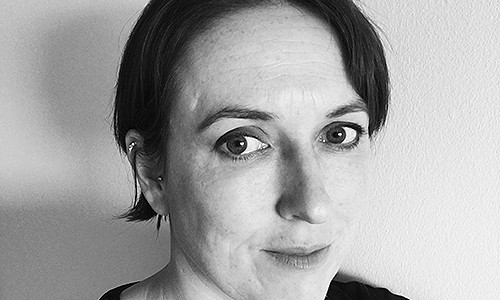 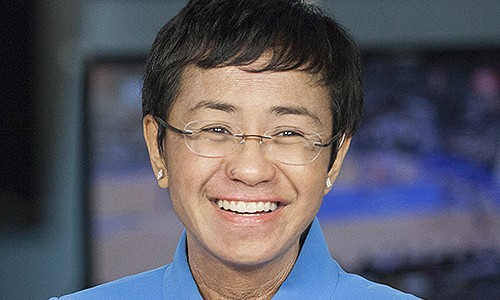 The Freedom of Expression Awards and Fellowship have massive impact. You can help by sponsoring or supporting a fellowship.

Index is grateful to those who are supporting the 2019 Awards:

This site uses Akismet to reduce spam. Learn how your comment data is processed.