This blog post is among the winners of the Department of Comparative Literatures’s 2020-2021 Blog Award for the module 6ABA0013 ‘Ethiopia and the Horn of Africa in Global Cultural Studies’. Congratulations to Oliwia Majchrowska for winning the award!

At the beginning of the twentieth century, the predominantly Christian and Amharic community of the Ethiopian highlands stands on the cusp of transformation. The territorial expansion in Oromo lands combined with the revival of Red Sea trade routes diversify the empire, bringing an influx of people who are neither Christian nor speak Amharic. In 1908 when things still remain uncertain, Afewark Gebre Iyasus publishes Ləbb Wälläd Tarik (“Tobbya”), a book in which it is the female character who intervenes in the fate of the war-torn Ethiopian kingdom. ‘All believed in Christ because of a woman’ (p. 266), writes the author, singling out female agency among the unrest, warfare, and violence in Ethiopia’s first-ever Amharic-language novel.

Tobbya responds to the religious tensions that disturbed the country following its expansion over Muslim regions initiated by Emperor Menelik’s reforms. Set indefinitely at the beginning of the Christian era, the book opens with the incursion of pagans into a Christian land wherein the less numerous community fails to resist the invader. After the ignominious defeat culminating in the king’s death, the only Christian general who survives the attack is sold into slavery. In what follows, Afewark weaves the unpredictable incidents of separation and reunion into the journey of the general’s son, Wahid, who attempts to rescue his father and, in due course, pay respect to those who help him along the way.

The European narratives have established a firm link between masculinity and heroism, but in Afewark’s novel, it is not Wahid who saves the empire but his sister Tobbya. The latter part of the book focuses on the heroine and her father’s encounter with the pagan army, taking place during the journey they undertake to find Wahid after a period of prolonged absence. Tobbya, disguised as a boy, plays a vital role in liberating the Christian community. It is the sight of her sorrow that impacts the pagan king’s decision to suspend warfare and endorse freedom of faith.

Afewark explores questions germane to moments of national transformation – religious identity and virtues, assimilation versus diversity, mutual understanding of communities and their limits – but it is the choice to associate those issues with the agency of a female character that makes the narrative of Tobbya multilayered and incisive. As we observe the pagan king converting to Christianity, especially to marry Tobbya, the novel not only conceives Ethiopia’s future in terms of a community rehabilitated by the Christian faith. By casting the heroine as a catalyst of change, it also offers a way to reimagine female subjectivity beyond normative representations of women in fiction.

In defiance of a unified narrative-arc, Tobbya thrives upon the multitude of turning points and coincidences that continually shift focus within the story. The most peculiar among them includes the general’s return home just after the narrative explicates Wahid’s difficulties in raising the money for a ransom. The unexpected plot point goes back to Wahid’s incidental meeting with a merchant who, as it turns out, decided to pay ransom for the general although the two of them never met. Pieced together, the unpredicted events compose a unique family portrait in which individual fortunes remain in a constant dialogue with dynamics of nation-building. Yet, for many critics, the bizarre qualities of the plot were synonymous with the ‘tale-like simplicity’ (Admassu, p. 96) and the status of Tobbya as a novel has long been undermined.

Fikre Tolossa argues that a scarce number of ‘truthful details’ such as concrete time and place make Tobbya incongruent with requirements of the novel as a genre (p. 62). Claiming that the book does not portray Ethiopia in a realistic vein, the scholar advocates to interpret Tobbya as a folktale. Afewark indeed refrains from explicitly defining the time and setting in his story, also blurring the line between the concrete geography and the land as an object of Wahid’s imagination. But even if Tobbya does not faithfully mirror the reality, is it enough of an argument to simply label it as a folktale?

The Western culture tends to see the realist mode of representation as a prerequisite for classifying the literary work as a novel. In light of Erich Auerbach’s Mimesis that associates realism with the most mature form of representation and attributes its invention to Europe, the non-Western works become reduced to the rank of ones that merely adopted influences from abroad. But Tobbya proves too progressive and multifaceted to be viewed through the lens of this model.

The book operates on multiple levels. The revival of the country’s religious history, imagining its future and probing universal questions about human abilities to confront the ‘other’ constitute just a few of the many dimensions Afewark investigates. Complicating the notion of a genre and challenging normative representations of gender, Tobbya begs to be seen as a phenomenon of its own: a prime work within the history of Amharic literature that defies clear-cut categorizations. 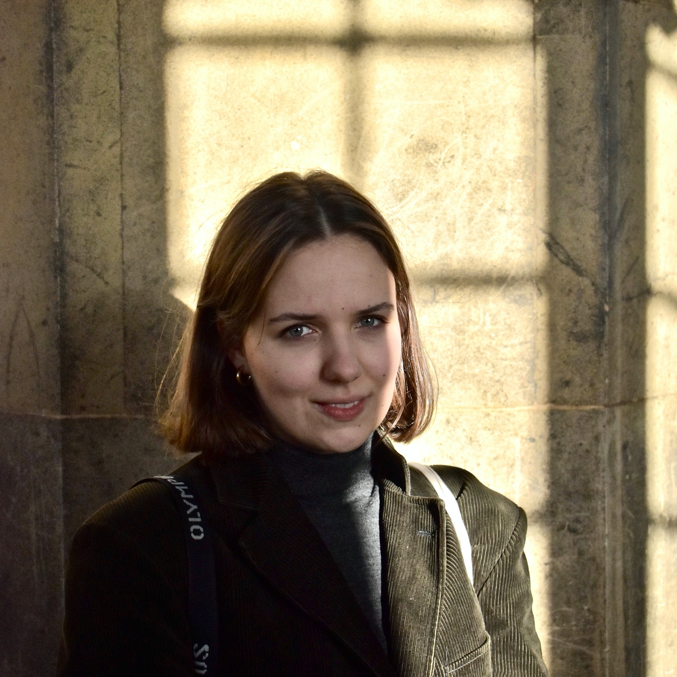 Oliwia Majchrowska is a third-year student of Comparative Literature from Poland. She is particularly interested in contemporary poetry and American novels of the latter half of the twentieth century. Her favorite book of all time is probably 4321 by Paul Auster. She intends to continue studying Comparative Literature upon graduation from King’s.