Deep down every epidemiologist imagines themselves as Sherlock Holmes: equipped with little more than a magnifying glass and a good brain, they dream of becoming the sleuth who solves the mystery of the latest epidemic. We admire John Snow, who in 1854 carefully mapped where some 500 people who had died of cholera in the previous 10 days had lived and determined that the outbreak resulted from contaminated water from the Broad Street street-pump. In order to stop the epidemic, he removed the handle of the pump.  We model ourselves on Sir Richard Doll who, in 1950, first identified cigarette smoking as the reason behind the huge increase in lung cancer deaths in England.

In 1976 there was an outbreak of pneumonia among delegates of a convention of the American Legion. Six months later the cause was identified as a type of bacteria which was named Legionella. Today, in America, there is another mysterious outbreak of deadly lung disease. According to the CDC, as of October 1st, 1080 lung injuries (see updates here) associated with using vaping products have been reported with 18 confirmed deaths. The cases are spread across 48 states and most have vaped products containing cannabis oil (THC). For this reason, a professor at Boston University, Michael Siegel, has argued that they should be called e-joints to distinguish them from e-cigarettes.

Reaction to the latest epidemic has been radically different on either side of the Atlantic. President Trump has called for a ban on flavoured e-cigarettes. A group of US researchers have concluded “current knowledge … is insufficient to determine whether the respiratory health effects of e-cigarette are less than those of combustible tobacco products”. A view at complete odds with that of most British experts. The NHS says: “e-cigarettes aren’t completely risk free but they carry a small fraction of the risk of cigarettes” and others have said “it is always preferable to vape than to smoke”.

A study published in the New England Journal of Medicine (NEJM) last week, examined the lungs of 17 patients with “vaping-associated lung injury”. A previous letter in the same journal had suggested that vaping-related lung injury might be a type of lipoid pneumonia, however the new study reported that none of their cases showed evidence of lipoid pneumonia. Rather they suggest that vaping-associated lung injury is a result of an inhaled toxic substance. In an earlier series of 53 cases of vaping-associated lung injury from Illinois and Wisconsin (also published in the NEJM), 84% of the patients reported using THC products (mostly “Dank Vape” label) in e-cigarette devices. Although 16% did not report using THC products, given that they are illegal in these two states, people may have been reluctant to report using them.

E-cigarettes have been widely used both the in US and the UK for over a decade and yet the epidemic of vaping-associated lung injury is very recent and has so far been restricted to the USA. There are many products available for use in vaping devices. In the UK they are tightly regulated. In the US, less so.  There is also a thriving black-market of unregulated products containing THC generally mixed with other oils (often including vitamin E acetate). Unfortunately, it is difficult to find-out exactly what products a particular patient has been using. Nevertheless, it seems clear that vaping-associated lung injury is not caused by vaping per se, but by using unregulated THC (cannabis) oils that are contaminated with one or more toxins. 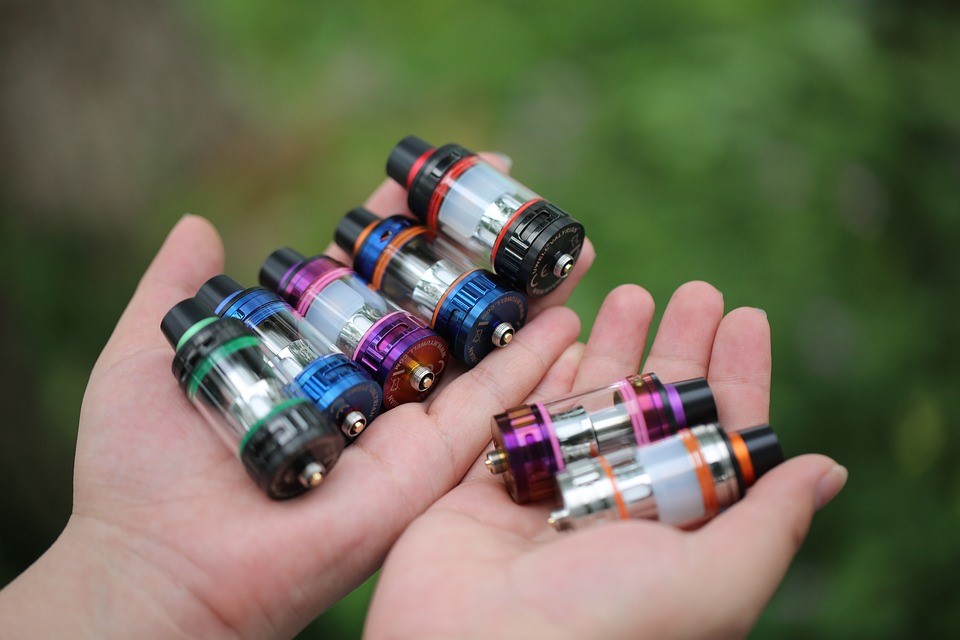 In order to play it safe, you might think that one should simply ban all e-cigarettes until the precise cause of the epidemic has been identified. But this ignores the fact that e-cigarettes have resulted in a substantial reduction in smoking (of regular cigarettes) over the last decade. In England smoking prevalence in adults was 19.8% in 2011 and 14.9% in 2017. The recent fall has been greatest in 18-24 year olds (from 26% in 2011 to 18% in 2017). Much of the recent fall has been attributed to the use of e-cigarettes. In 2017, 5% of adults were current e-cigarette users. The most widely reported reasons for using e-cigarettes were “to aid in quitting smoking” (48%) and because they are “less harmful than cigarettes” (30%). Trends in the USA have been similar: smoking prevalence was 19% in 2011 and 14% in 2017. For adults ages 18 to 24, 10.4% smoked cigarettes and 5.2% used e-cigarettes.  Considering the life-expectancy of life-long smokers is about 10 years shorter than the life-expectancy of never smokers and that the residual life-expectancy of ex-smokers is not that different from never smokers of the same age, it is clear that vaping has prevented hundreds of thousands of premature deaths.

To ban all e-cigarettes would be a bit like John Snow trying to ban drinking water. [OK, that’s a bit extreme, but the point is that John Snow had his suspicions that cholera was a water borne disease long before he identified the Broad-street pump as the source of the particular epidemic. He did not act because he realised the culprit was not the water per se, but the unidentified contaminant.] We are yet to identify the “Broad Street pump” of vaping-associated lung injury in the USA, but the evidence points to unregulated THC oils. Using illegal recreational drugs carries a particular risk because of contaminated unregulated products. The same seems to be the case for e-joints.

If you are an ex-smoker who uses e-cigarettes, do not go back to regular cigarettes. But if you have a stash of marijuana oil, do NOT put that in your pipe (or even your vaping device) and smoke it – it could just kill you.  And if you live in California or Washington or one of the other nine US states where recreational use of cannabis is legal, there are much safer ways to get high than vaping an e-joint.

Read the latest article by the Wall Street Journal: Why the U.K. Isn’t Having Problems With Vaping.

Electronic cigarettes really can help you to quit smoking

The views expressed are those of the author. Posting of the blog does not signify that the Cancer a Prevention Group endorse those views or opinions.