The question of “how often should women go for cervical screening?” has long been controversial. In the past, many countries recommended screening annually whereas in Finland women were only invited for screening once every 5 years. On the one side, people argued that less frequent screening was dangerous. On the other hand, more frequent screening had little benefit and simply provided an income to gynaecologists. In the UK screening was either once every 3 years or once every 5 years (depending on age or which part of the UK you lived in). What soon became clear was that the appropriate interval depended on the quality of the screening test.

In the old days a doctor might take a smear during the day and prepare a slide and examine it under a microscope in the evening. There was no quality assurance and some doctors were less good at interpreting what they saw than others. Mistakes were made, and the test probably missed more disease than it detected. If the test misses disease 65% of the time, you want to be tested frequently to have a reasonably high chance of spotting disease if it is presence. If the test has a 20% chance of missing disease, then one could reasonably have less frequent testing among those who are negative.

We can see how good a test is at detecting precancerous disease by using more than one test on women and referring anyone who tests positive on any of the screening tests for a definitive examination (colposcopy). A review carried out some years ago found that, in several studies, HPV testing detected over 90% of disease (an average of 96%) whereas the smear test (cervical cytology) detected between 20% and 80% depending on the country in which the slides were examined.  This suggested that one HPV test was better than one cytology test and that in some circumstances it would be better than several cytology tests.

Although it was clear that HPV tests were very sensitive to disease that was present at the time of testing (i.e. it would find over 95% of such disease), there remained a question as to how often one needed to repeat HPV testing to detect new disease before it progressed to cancer. From what we know of HPV and cervical cancer development, HPV infection is the first step. In most cases the infection will be cleared by the immune system without causing any disease. Sometimes it will lead to early disease (called CIN) this too can spontaneously regress (get better) or it can progress to cancer. It takes many years (between about 8 and 50) to develop cancer after an HPV infection so there are lots of opportunities to detect things early, treat the CIN and prevent cancer. Since cytology only detects CIN and not an HPV infection per se, even with tests of equal sensitivity it should be safe to have a slightly longer screening interval using HPV testing.

The safety of using an extended interval for HPV testing was strongly indicated in a study following women who tested negative either on an HPV test of a cytology test (or both). The study presented data on 24,000 women screened in various European countries. It found that after 6 years the number of women who developed high-grade CIN after a negative HPV test (0.27%) was less than the number who developed such disease within 3 years of a negative cytology test (0.51%). They concluded that screening using HPV once every 6 years would be as good or better than screening using cytology once every 3 years.

One question remained:  is high-grade CIN found by HPV testing but missed by cytology less likely to develop into cancer than the high-grade disease detected by cytology? This was disproven by combining results from four trials in which the test used when women came for screening was picked at random. As expected, at first, the detection of cancer was similar in women randomised to HPV testing compared with those randomised to cytology: in the first 2.5 years there were 25 cancers in the women screened by HPV testing and 27 in those screened by cytology. But thereafter there were a further 19 cancers in the HPV arm and 36 in the cytology arm. By detecting and treating more women with high-grade CIN initially, HPV-based screening helped to prevent more cancers developing 3-6 years later.

Are there different types of HPV tests and does the type of HPV test used matter? 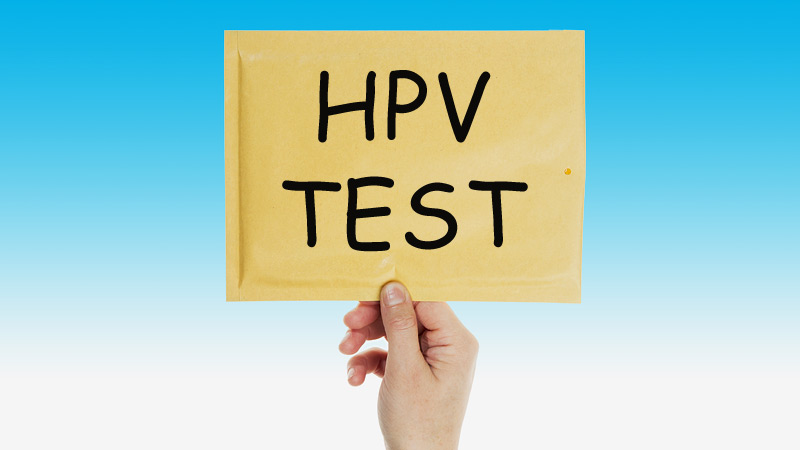 The majority of HPV tests on the market are testing for the presence of viral DNA, but a few test for RNA instead. Viruses use DNA to make RNA which in turn makes proteins. It is hoped that tests looking for RNA should be positive less often because they will only detect viruses that are making proteins (i.e. those that are established infections). It is also possible that there will only be enough HPV RNA to detect when the virus is causing a high-grade infection. Because of this some people have argued that although the RNA based tests are very good at detecting high-grade disease, it is not safe to only use them once every six years. The argument goes that whereas DNA-based tests identify women as soon as they are infected with HPV, RNA-based tests may only detect women sometime later when the infection is further on its way to becoming cancer.

In a study that could perhaps only be done in California, 25 couples were tested for HPV DNA five times over six weeks including within 24 hours of sexual intercourse and after 48 hours of abstinence. Within 24 hours of sexual intercourse 20 of the 22 women whose male partners had HPV DNA detected had the same HPV type detected. After 48 hours of abstinence, only 14 of the women had the same HPV type as their 22 HPV positive male partners. This suggests that in 6 women the HPV detected within 24 hours was not a true infection but simply HPV particles deposited in their vagina from their male partner during intercourse.  Unfortunately, this study did not also use RNA testing, but it is tempting to predict that those six women would not have tested positive on a test for HPV RNA.

A recent study looked at what happened over six years to women tested with both an DNA-based and an RNA-based HPV test in Germany. The study found that at six years 0.31% of women initially negative on the RNA test had high-grade disease (very similar to the 0.27% for DNA test-negative women in the study mentioned earlier) compared with 0.22% for women negative on the DNA based test. The difference was not statistically significant. Women in the study also had cytology at baseline. Of those negative on cytology, 0.93% had developed high-grade disease by six years. For both the DNA test and the RNA test the amount of disease found in test-negative women over 6 years is less than half of what is found in cytology negative women. So, the authors conclude that screening using the RNA test once every six years is safe.

The study did not look at how long after a new HPV infection, HPV RNA can be detected, but the results strongly suggest that RNA can be detected immediately after infection and that there are no fundamental differences in the type of infections detectable by DNA-based and RNA-based tests.